USA player ratings vs. Wales: A tale of two halves 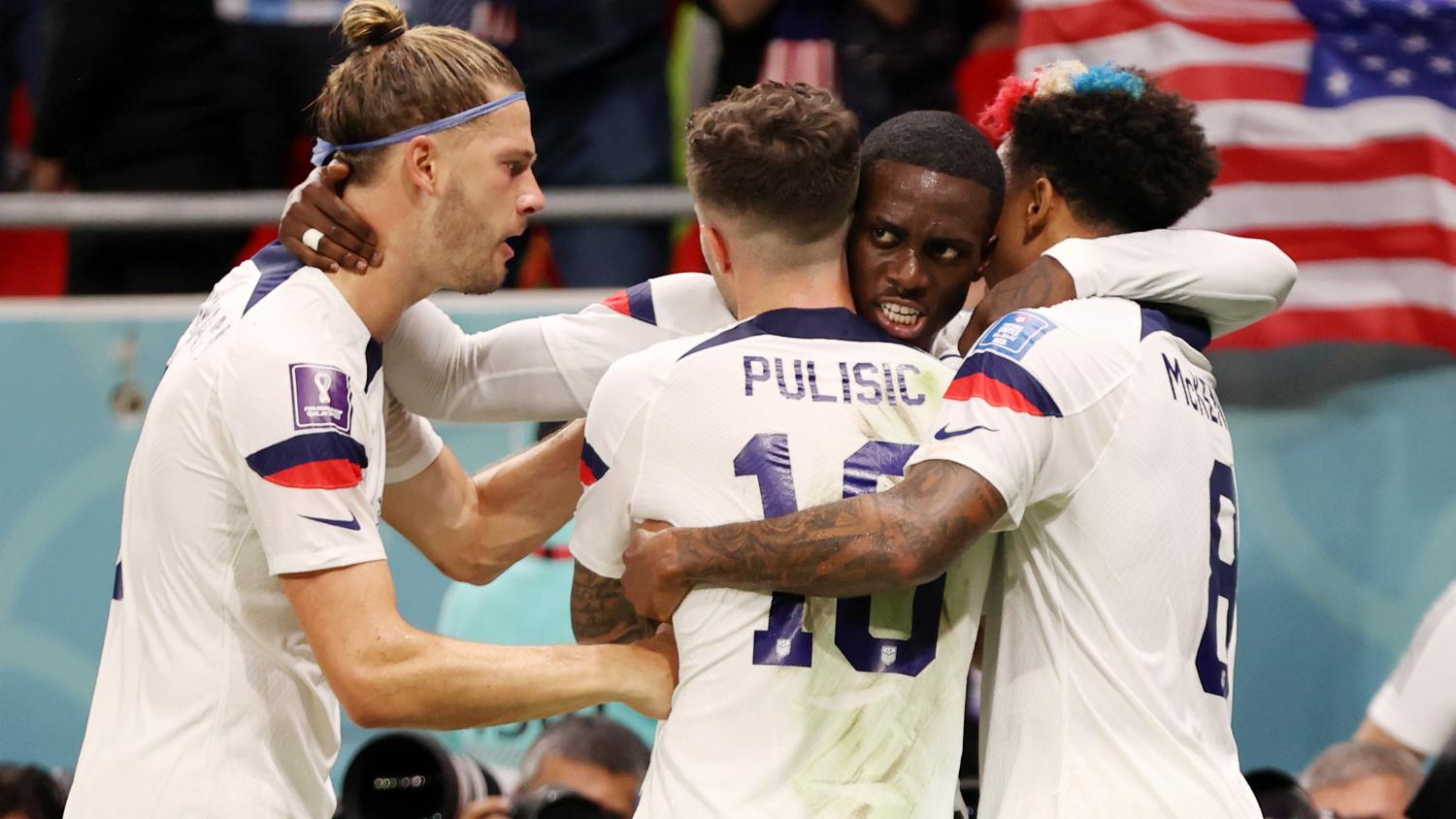 The U.S. had it but Gareth Bale is inevitable.
Getty Images

To beat Wales to open its World Cup campaign, scoring twice was always going to be necessary for the United States. Why? Because even if he did absolutely nothing for 89 minutes, you knew Gareth Bale was going to score in the 90th.

The U.S. got its first in a sensational opening 45 minutes, but that second goal never came as Wales gained the ascendency for large portions of the second half. The inevitable moment finally arrived in the 82nd minute after Walker Zimmerman fouled Bale in the area, and the 33-year-old came up clutch from the spot.

Berhalter made two huge personnel decisions Monday: Weah on the right flank and Ream at center back. Weah scored the goal, Ream anchored the defense. The U.S. manager also recognized how Wales was going to attack on the flanks and hit those defensive weak spots going the other way.

In the second half, he reacted quickly to the turning of the tide with some timely changes, but the 75th-minute triple sub didn't work like Berhalter envisioned. As Landon Donovan said after the game, where was Giovanni Reyna? Berhalter was walking on water in the first half, but the second provided the Big Soccer Brains of Twitter with ammunition.

Turner didn't face a shot in the first half. In the second, he acrobatically tipped a diving header over the crossbar. He did everything right on Bale's penalty — guessing the right direction and diving early — but it was an unstoppable effort. Turner didn't have any memorable saves late, and he looked shaky with balls into the area before relying on a Kellyn Acosta tactical foul to prevent a goal while in no man's land.

Got forward effectively in the opening 45 and marshaled Gareth Bale into total silence. He went the full 90 and did well given the threat of Bale, Aaron Ramsey and Connor Roberts, but it was all rearguard action in the second 45.

His first 45 was close to perfection. He dealt with a couple dangerous situations with supreme calm and distributed beautifully. Nothing was getting by Ream, and that proved the case over 90 minutes with Wales only converting from the spot. Like everyone else, the second half was more of a struggle with the physicality of Kieffer Moore posing problems.

Like his partner in the heart of defense, his passing was quick, zippy and purposeful in the first half. Zimmerman looked confident — so confident that he tried to win the ball off Gareth Bale in the area despite being shielded. It was a stonewall penalty. It's sad and unfortunate but he let his country down.

98% pass accuracy in the opening 45! His passing was crisp, although he was given a soft yellow card, and he made life so miserable for Daniel James that the Fulham attacker was hooked at halftime. However, Dest's lack of action at AC Milan was evident in the second half as he struggled with Wales' direct approach and tired quickly.

The American with the most tackles, the most interceptions and the most midfield touches. Adams was the version of himself that's been winning plenty of plaudits at Leeds United, and as every other American began to fade and surrender in the second half, Adams continued to battle.

Another recipient of a soft yellow, but McKennie's off-the-ball movement was constant, shifting the Welsh midfield and backline around. However, he wasn't largely involved, his passing wasn't quite at his teammates' level and when Wales took the ascendency in the second-half, McKennie was rightly the first U.S. substitution.

Musah showcased his attacking talent in the first half with some nice dribbles and great passing, but the game completely passed him by in the second 45 as he looked like a big defensive liability. The decision to take him off and put Kellyn Acosta on made perfect sense.

What an assist from LeBron on Tim Weah's goal! Pulisic was heavily involved with 70 touches, but he didn't look as dangerous off the dribble as usual (zero successful take-ons) and there was enough evidence here to take him off set-piece delivery forever.

The sharpest U.S. attacker in that glorious first half. A smart run, beautiful touch and dangerous cross almost opened the scoring, but then Weah did it himself in the 36th with a composed finish beyond Wayne Hennessey. He was replaced by Joran Morris in the 88th.

THE @USMNT TAKES THE LEAD

Sargent did exactly what was required of him on the opening goal with good holdup play. He also glanced a header off the post from a difficult angle, but his second half was a lonely time before getting replaced by Haji Wright in the 74th.

Brenden Aaronson, Jordan Morris, Haji Wright, DeAndre Yedlin and Kellyn Acosta tried to turn the tide as Wales grew into the second half, but none of them stood out as Wales drew level and pushed for a winner. Aaronson probably helped his chances of starting against England the most, and Acosta is the greatest tactical fouler in U.S. history.