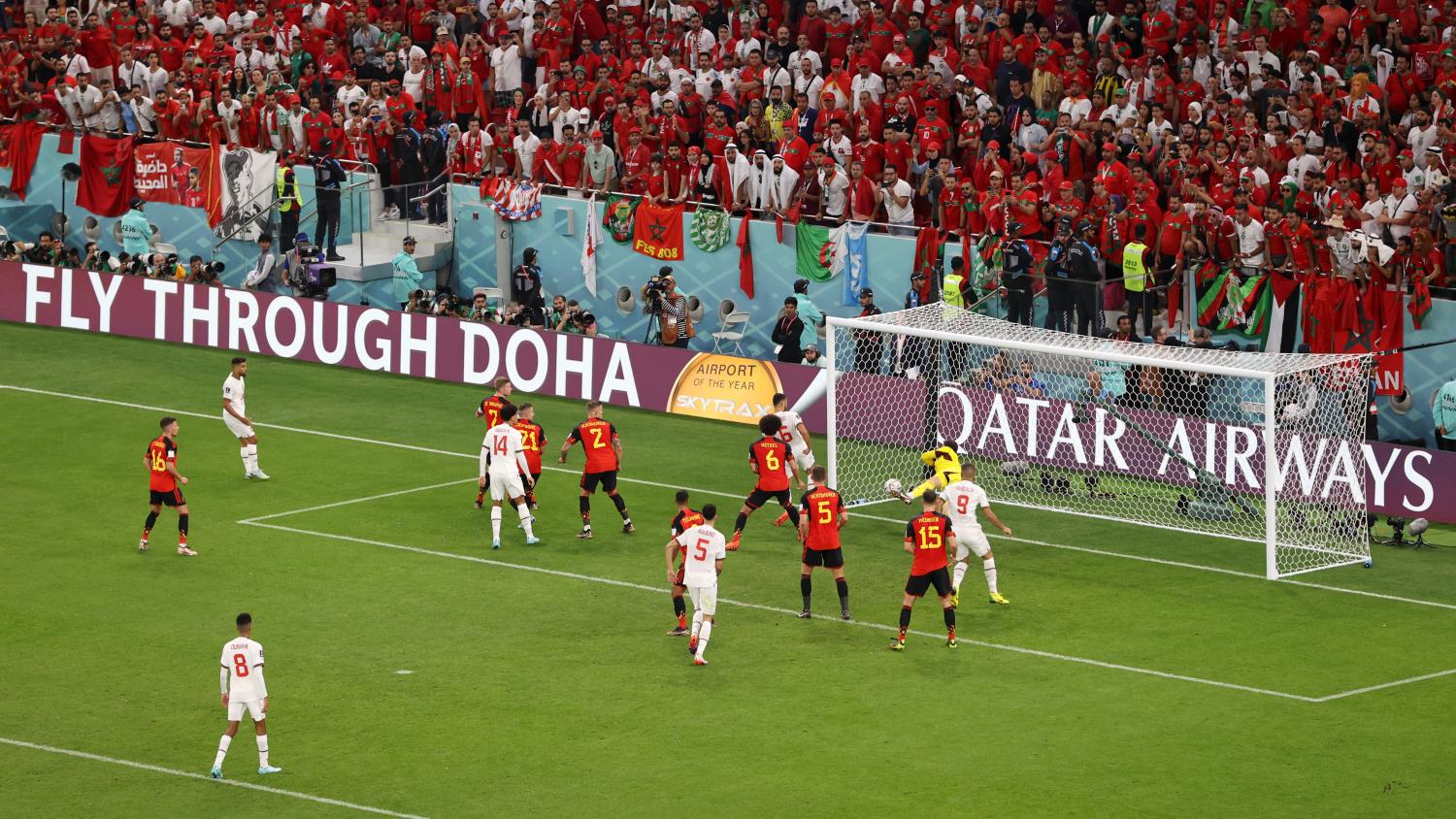 The underdogs are having a field day.
Getty Images

Belgium has been stunned by a moment of Moroccan magic, that puts the African nation top of Group F. Midfielder Abdelhamid Sabiri scored a ridiculous free kick from the most unlikely of angles to get Morocco’s winner against the highly favored Belgians.

Sabiri stood over the free kick from a tight angle, before whipping his shot over the wall and dipping into the near post, catching Thibaut Courtois by surprise. The Sampdoria man had come off the bench minutes earlier and made an instant impact with a goal to make Moroccan dreams come true.

Another look at that beauty from Abdelhamid Sabiri pic.twitter.com/CtE3z0WYL2

Walid Regragui’s side scored a second goal in added time to secure their improbable upset thanks to a bit of individual brilliance from Hakim Ziyech and a tidy finish by Zakaria Aboukhlal. Just before halftime, Morocco thought they had taken the lead but had their goal disallowed for offside.

They take a 2-0 lead over Belgium pic.twitter.com/8BWoFdDQWy

Belgium was fully outplayed for the second game in a row and was unable to get the result they wanted. A tough match against Croatia awaits on Thursday, which could spell an early exit for Roberto Martínez’s side

The win is Morocco’s first World Cup win since beating Scotland in 1998 and only third ever. The Atlas Lions now sit top of Group F with a solid chance of advancing to the knockout round with only a final matchday showdown against Canada in their way.

Today’s early matches have not disappointed with Costa Rica redeeming itself with a win against Japan and now Morocco downing the Red Devils of Belgium.