Women’s International Champions Cup Returns With 3 Of The World’s Best — And Houston? 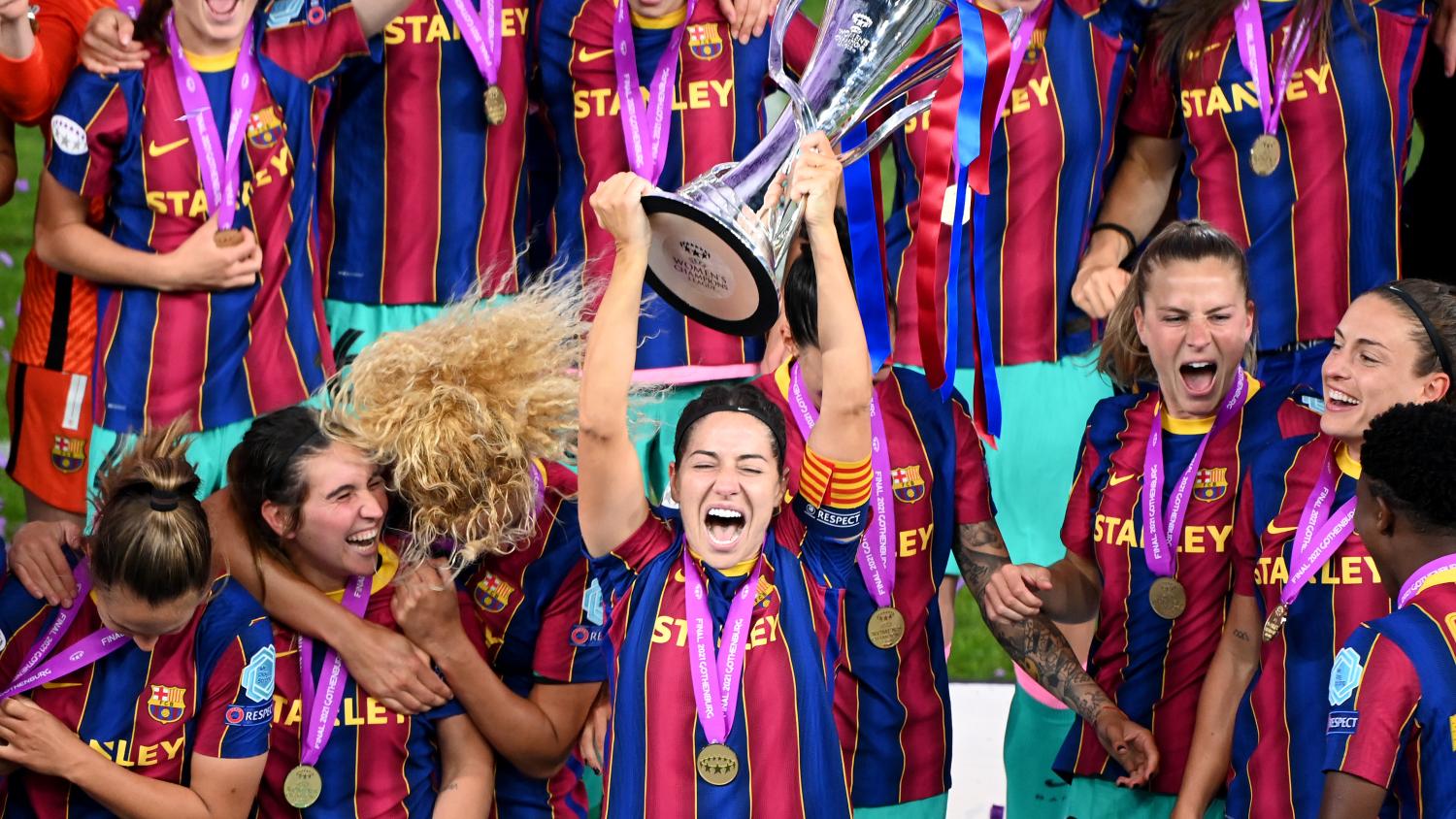 After a year hiatus, the world’s most interesting international club competition returns with four games in Portland.
Getty Images

The Covid-19 pandemic had many sporting casualties in 2020. While nothing compares to the immense (and ongoing) loss of life, U.S. soccer fans were denied the opportunity to pay NFL-level prices to watch preseason friendlies between indifferent European clubs in the International Champions Cup. Similarly, the less-promoted but far-more-interesting Women’s International Champions Cup was canceled in 2020.

Fortunately, with Covid vaccines now available to wealthier nations, the Women’s International Champions Cup is back in 2021, and the teams, schedule and venues were announced on Wednesday. The field of four features three of the world’s best five teams — and one oddball that was just happy to be invited.

The best are back! #WICC2021 will be played in Portland this August, and will feature football's biggest teams and brightest stars

Recent UEFA Women’s Champions League winner Barcelona, 2020 D1 Féminine and UWCL champion Lyon, 2021 Challenge Cup winner Portland Thorns and 2020 Challenge Cup winner Houston Dash will take part in the 2021 Women’s ICC from Aug. 18-21 at Providence Park in Portland, Oregon. Barça, Lyon and Portland are inarguably among the top clubs in the world. The Dash have never qualified for the NWSL playoffs in their seven-year history — but hey, they put together a few wins last summer to win a trophy.

The tournament will pit Portland against Houston and Barcelona against Lyon on Aug. 18. The losers of those matches play a third-place game and the winners vie for the trophy on Aug. 21, guaranteeing a U.S. vs. Europe final. ESPN is listed as the “broadcast partner,” but there is no information yet whether the matches will be available on the ESPN family of networks or the ESPN+ streaming service.

Unlike the men’s ICC, a preseason competition most European clubs don’t take too seriously, the Women’s ICC is a rare opportunity to see the best clubs from around the world face off. FIFA has yet to introduce a women’s Club World Cup because it still doesn’t appreciate the women’s game, so the WICC is the best chance to see the top NWSL clubs take on Europe’s elite in any sort of meaningful competition.

Lyon enters as the reigning champion and arguably the favorite. Lyon won five straight Champions League crowns before being upset by PSG in the quarterfinals this year. Lyon is akin to an all-star team with the globe’s best talent, including Ada Hegerberg, Wendie Renard, Amandine Henry, Dzsenifer Marozsán, Nikita Parris, Kadeisha Buchanan, Saki Kumagai and Sarah Bouhaddi. American Catarina Macario has also made a mark on the club since joining in January with some big goals in big moments.

But it might be hard to find a team playing better than Barcelona right now. The Blaugranes have already clinched the Primera Division title with plenty of matches to spare, having yet to drop a point in 26 matches. On Sunday, they thrashed English champion Chelsea 4-0 in the Women’s Champions League final. While built around some stellar Spanish talent like Vicky Losado, Jenni Hermoso and Alexia Putellas, wingers Lieke Martens and Caroline Graham Hansen make this one of the most dangerous teams in the world.

Portland is a two-time NWSL champion and home to some of the best players in the world. International soccer’s all-time leading goal scorer Christine Sinclair is the talisman, but she’s surrounded by World Cup winners Crystal Dunn, Becky Sauerbrunn, Lindsey Horan, Meghan Klingenberg and Adrianna Franch, not to mention 20-year-old starlet Sophia Smith, who is likely to win a World Cup before her career is over.

And then there’s Houston, which hardly fits the narrative of the WICC hype videos promoting “champions only” and “the best in the world.”

The Dash’s best player, striker Rachel Daly, is a reserve defender for the England national team. Jane Campbell and Kristie Mewis receive the occasional USWNT cap, but neither is likely to go to Tokyo for this summer’s Olympics. I love Shea Groom, Sophie Schmidt and Nichelle Prince, but I don’t know how much playing time any of them would receive on the other three teams in the competition. And I say all this as a Houston native excited to see how the team performs but who really wants the Dash to be better.

The WICC had to pick someone, and I guess none of the English clubs wanted to cross the pond to join the competition. I think most fans would have loved to see Chelsea in Houston’s place, or at least the N.C. Courage, who will soon be boosted by the return of Sam Mewis.

This tournament is still must-watch viewing. The Dash have shown they can be a tournament team and you never know what might happen in a knockout competition.

In addition to the WICC field, the ICC announced the men’s ICC would be returning this summer, though the teams and schedules have not been finalized. The ICC Futures competition will also return in 2021, featuring eight girls and eight boys youth teams from around the globe at IMG Academy in Bradenton, Florida.