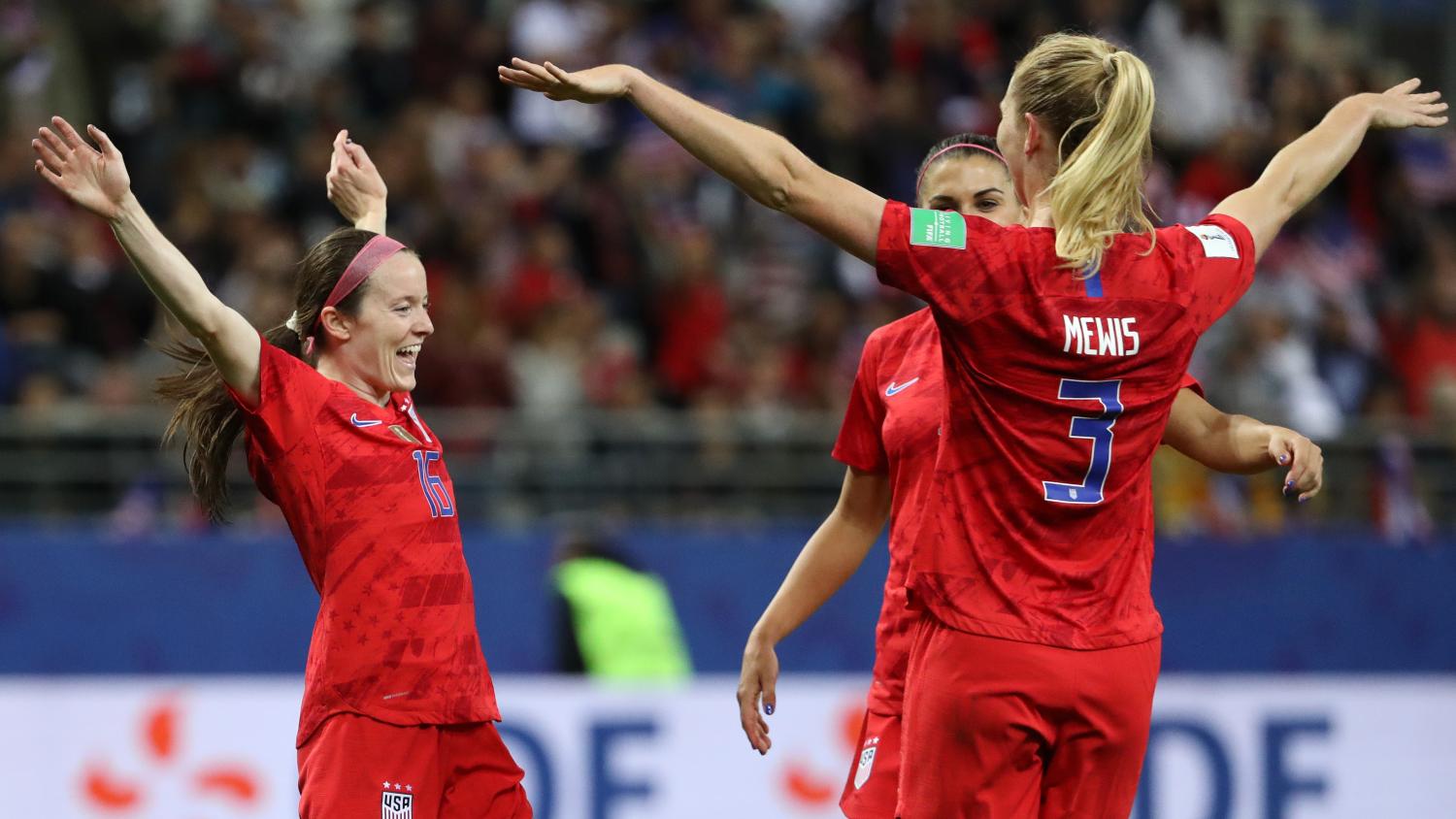 Won't somebody please think of the children?
Getty Images

The USWNT defeated Thailand 13-0 on Tuesday, making actual analysis of the game about as meaningful as discussing who won the big fight between the ice cube and the Sun. So we quickly moved on to one of the great, redundant bits of virtue signaling in sports — the argument over “running up the score.”

The big inquest into the ethical consequences of bulging the old onion bag too many times was triggered around the 79th minute, when Megan Rapinoe put the U.S. up 9-0 and then celebrated by spinning in circles before generating fart noises with her kneepit.

Many people did not like that, especially our northern neighbors.

#USATHA good commentary.... #uswnt #usa lead by example and have decency/respect. 13th goal does not need to be celebrated like a first goal pic.twitter.com/bYmWT13csp

the goal celebrations of #USWNT at 9-0, 10-0, 11-0 are so overboard. Why are they even trying to score anymore. I'm on #teamthailand at this point

But that shame wasn’t only limited to Canada. Some prominent American voices also felt it was all a bit much …

0.0 problem with the score line as this is THE tournament BUT celebrating goals (like #9) leaves a sour taste in my mouth like many of you. Curious to see if anyone apologizes for this postgame. #USWNT #FIFAWWC https://t.co/XfGh2e2Jms

Cool to be excited that you scored in a World Cup and very cool to know there's such a great energy throughout the team, but idk man... there's a way to win 11-0 and this ain't it, in my opinion. Little wonder why everyone gets extra hyped when we lose.

13 goals...I get it
some of the late celebrations...I'm not so sure

Those voices of dissent — like always — served to start a Twitter shitstorm, but they were largely drowned out by more sensible, less constantly outraged people.

so these women train for their lives to get to the world cup and then have to listen to male commentators tell them to pull back when they're winning. have a seat. #USWNT pic.twitter.com/ZXfh8zTFx9

For all that have issue with many goals: for some players this is there first World Cup goal, and they should be excited. Imagine it being you out there.This is your dream of playing and then scoring in a World Cup. Celebrate.Would you tell a men’s team to not score or celebrate?

I never got to participate in a World Cup....but IF I did, and I scored a goal...whether it was the first or the 20th in a WORLD CUP game...you bet your ass I’m doing the celebration that I dreamed about for my whole life. #USWNT

Jill Ellis on the #USWNT running up the score and whether it was too ruthless: “Part of me is sitting here wondering, if this is 10-0 in a men’s World Cup, are we getting the same questions?” #FIFAWWC

As much as I get the sentiment behind “if it’s a men’s game, is the same question asked?” the answer, unfortunately, is yes. That strange brigade of people that feel like athletes who dedicate their lives to playing a sport can’t get beaten badly in said sport without being owed an apology frequently makes its marginal voice heard regardless of the gender.

Yes. Yes I would. This is not a gender issue. Never was. Never will be. https://t.co/2wdJPHgSPO

But what you realize is that it’s generally not a criticism of the act of scoring a lot itself, but rather a distaste for one team simply being far too good. These criticisms don’t follow something completely unexpected, like Germany’s remarkable 7-1 semifinal victory over Brazil at the 2014 World Cup.

On the men’s side of things, the New England Patriots are criticized for running it up. Alabama shows a lack of respect for pummeling teams. Manchester City is vilified for crushing the lil' guys. The USWNT is simply in a league of its own, and for those who are innately drawn to the underdog, it smacks of the need for a hubristic downfall.

There can be no qualms with wanting the giants of the game to be on the receiving end of an upset. That’s a great sporting drama being realized. We largely watch this ball roll around just for that.

But instead of saying “oh God! Young players are watching,” (do you really think young people will be tainted by seeing athletes act joyful? A child’s daily existence is one long reenactment of that Rapinoe celebration) just say what you really mean: You’re tired of the USWNT’s dominance, and you want them to lose. It’d bring you a USWNT-forming-a-conga-line-following-goal-13 sort of joy.

You can say that; that’s OK. But leave all the bullshit virtue signaling and smug posturing to social media. Oh.