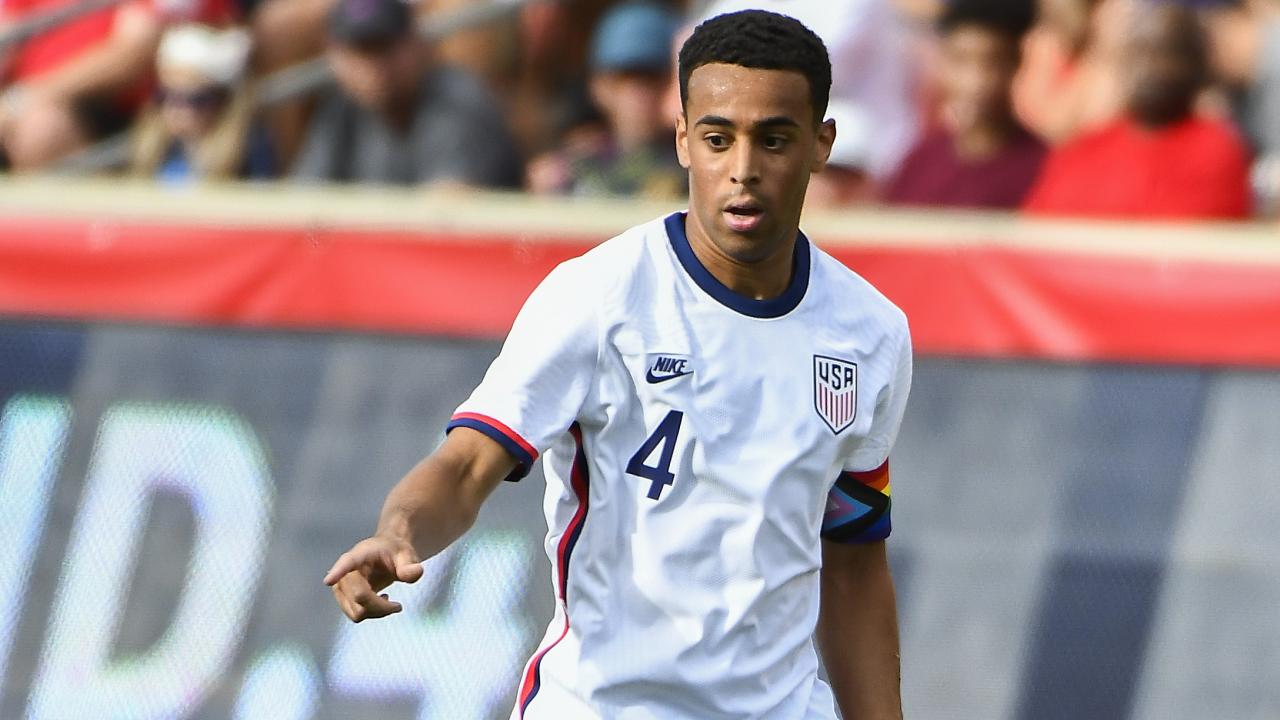 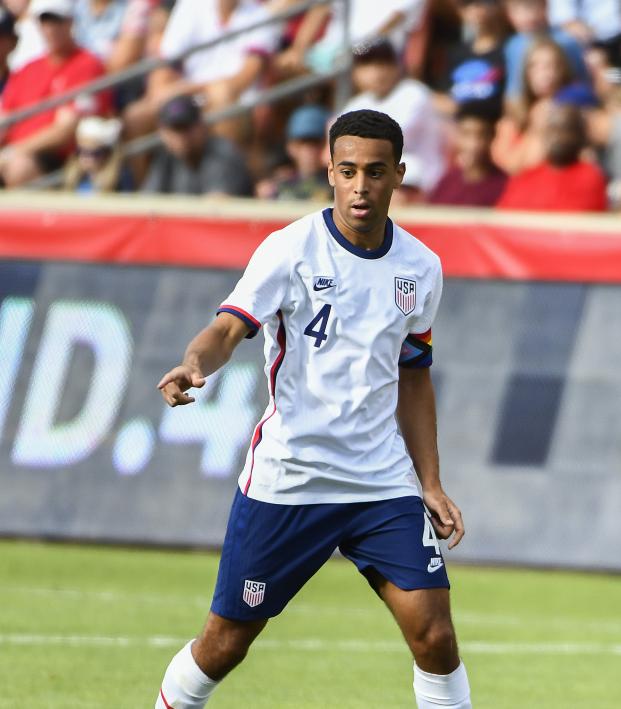 Tyler Adams Would Rather Qualify For World Cup vs. European Hotshots Than Concacaf

Travis Yoesting September 4, 2021
The RB Leipzig midfielder appears to be a disciple of Bruce Arena.

“I would love to see one of these hotshot teams from Europe come here and play in our Concacaf qualifying, to really get a taste of this and see what that’s about,” Arena said the day before his team lost to Trinidad and Tobago. “This is very challenging. This is like survival of the fittest. They could do one of those TV shows on this. Who will survive in the end? That’s basically what this is.”

Four years later, USMNT captain Tyler Adams is echoing those sentiments after a disappointing 0-0 draw with El Salvador to open Concacaf qualifying for the 2022 World Cup.

Speaking with media on Friday ahead of Sunday’s showdown with Canada in Nashville, Adams talked about how he explains Concacaf to his RB Leipzig teammates. Adams said he’d rather qualify for the World Cup against European hotshots like France and England than face the challenges Concacaf poses.

During last night's press conference, @tyler_adams14 was asked what he tells his RB Leipzig teammates about the different type of challenge he experiences when he goes away on international duty with the #USMNT.

Here is his complete answer: pic.twitter.com/34QXJtLgyP

“I talk to my teammates in Leipzig all the time about which games I have in the international window and they sit there and laugh because they have to play England, France, you know, obviously some great countries with a lot of talent,” Adams said. “I tell them, ‘Trust me, I’d rather play against France, England in these games where the conditions and the fans and the pitch and the ball and everything is an ideal situation.’

“For us it’s never going to be an ideal situation on the road. The energy is just completely different. You have to go into the game with the right mindset and be ready to battle. I mean, that’s the best way to describe it because they’re intense, they’re feisty, they’re gritty, you can’t go into these games naïve. For me I think that the energy going into these games has to be right.”

I think a lot of Euro snobs would blast Adams for these comments, but he does have a point. There is no doubt going on the road and securing points in Concacaf World Cup qualifying is difficult. The atmosphere is special in Concacaf; host nations do everything in their power to make life miserable for visiting teams, especially regional heavyweights Mexico and the U.S. Whether it’s questionable pitches, fans outside the hotel or some of the most intimidating venues in the world, Concacaf hits different.

Would the USMNT be better of trying to qualify for the World Cup through Europe? That I find a bit harder to believe, although there is a bit more margin for error. FIFA gives UEFA 13 spots in the 32-team World Cup, and teams who don’t finish atop their qualifying group have two second chances to qualify through either finishing second in the group or via the Nations League. In Concacaf, FIFA gives 3.5 berths for a region with just 14 fewer member federations. If the USMNT finishes outside of the top four, as it did in the Hex four years ago, it stays home for the World Cup. (This year it’s an octagon.)

Whether or not Concacaf or UEFA is harder, Adams appears well aware of the challenges the U.S. faces to qualify.

“These games don’t rely on quality; these games rely on your mentality, how far you can dig deep and really just give it everything,” Adams said.

Captain on the night, @tyler_adams14 discusses what the young group learned in its first away #WCQ experience:

We’ll find a bit more about what this current USMNT is made of on Sunday when qualifying resumes with a home game against Canada. Back in friendlier confines, the U.S. knows it really needs a win, especially with a tough trip to Honduras coming up on Wednesday.

In other action on Sunday, Costa Rica hosts Mexico, Jamaica welcomes Panama to Kingston and El Salvador plays a second straight home game against Honduras. Currently, El Tri leads the Octagonal as the only side to win a game on Thursday.

Against Honduras, John Herdman’s side went all out for the win, using just two substitutes in the eventual draw, with all the aforementioned stars playing the full 90 minutes. These European-based players could be a bit gassed come Sunday’s game in Nashville, perhaps giving the U.S. a slight advantage in regard to depth.

Christian Pulisic was left in Nashville for the El Salvador game. The USMNT has yet to make a comment on his status for the games against Canada or Honduras as he regains fitness after testing positive for Covid-19 (he’s vaccinated and was asymptomatic). A fresh Pulisic could be the difference maker for the U.S.

Canada and the U.S. have faced off three times in meaningful competition in the last couple of years of this budding rivalry. The Canucks stunned the U.S. 2-0 in Toronto in the Nations League in 2019, though the U.S. gained revenge with a 4-1 win in the return leg to win the group. More recently, Shaq Moore’s first-minute goal led the U.S. to a 1-0 win over Canada in the 2021 Gold Cup group stage.

How To Watch USMNT vs Canada

Given the states of the teams and everything that’s on the line, I predict the U.S. to pull out a tough win at home. Back on a field that isn’t full of divots and surrounded by fiercely passionate opposing fans, the USMNT claims a 2-1 victory.