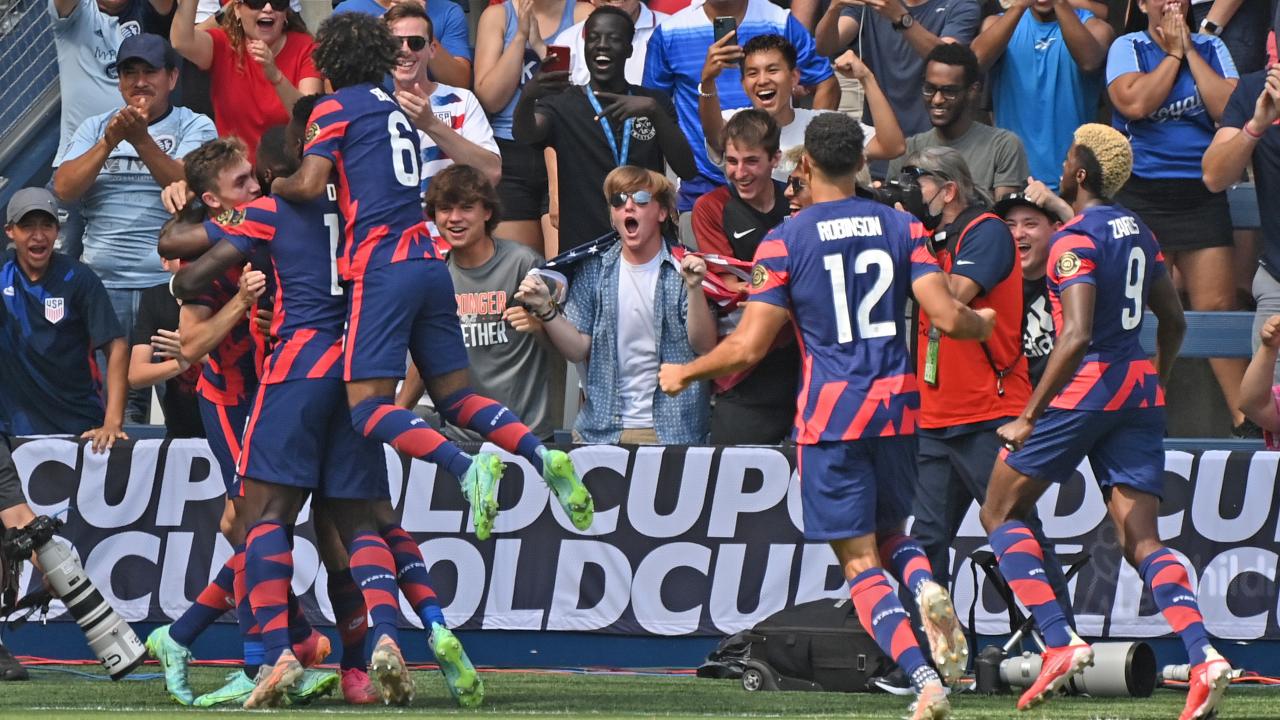 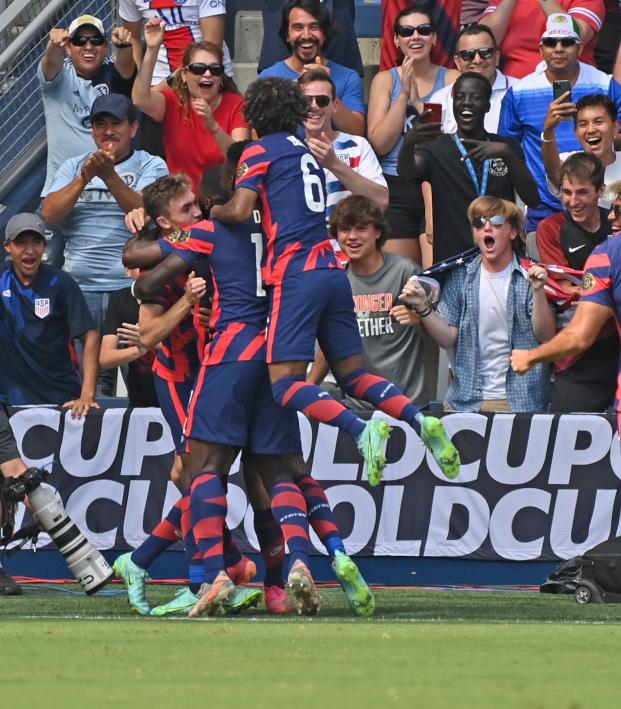 When it sounded, the 19-year-old moved the ball to James Sands on the backline. The defender launched it forward at Sam Vines, who initiated a bit of head tennis that allowed the U.S. to suddenly overwhelm the left-hand side numerically.

Possession then shifted centrally with Kellyn Acosta, but the Texan eventually worked it back out wide on the left, where Sebastian Lletget was exploring a space as large and unpopulated as the territories.

Lletget delivered — like he always does for the U.S. — to the feet of Shaq Moore, and the defender converted for his first international goal.

20 seconds. That’s how long it took. It’s the fastest goal in USMNT history.

That goal was all-important. It decided Group B in America’s favor, meaning that a meeting with Mexico (assuming El Tri beats El Salvador later tonight) can't happen until the Aug. 1 final in Las Vegas.

But the U.S. will meet either Costa Rica or Jamaica in the quarterfinals before that, and if they play like they did in the opener against Haiti or in the remaining 89:40 of today’s match, they could definitely get bounced.

The final stats say it all: Canada controlled 54.5% possession and outshot the U.S. 14 to six. The only shot on target the U.S. could muster was Moore’s goal, and there was zero fluency between the midfield and attack.

In the final third, the U.S. completed only 68% of its passes, and it was a very quiet night for Daryl Dike after his brace against Martinique. Dike went the full 90, but he spent the final 10 minutes protecting his shoulder after landing on it (the U.S. was out of subs at that point).

The U.S. also lost captain Walker Zimmerman to injury after he tangled with Richie Laryea on the edge of the area. Alphonso Davies – out of the tournament with a torn ankle ligament — thought that Zimmerman was guilty of a foul on the play.

How isn’t that a penalty....not even a free kick

It’s three wins from three matches, but Gregg Berhalter still has a lot of work to do. He’s got time now because the quarterfinal isn’t until next Sunday, July 25, at AT&T Stadium in Arlington, Texas.