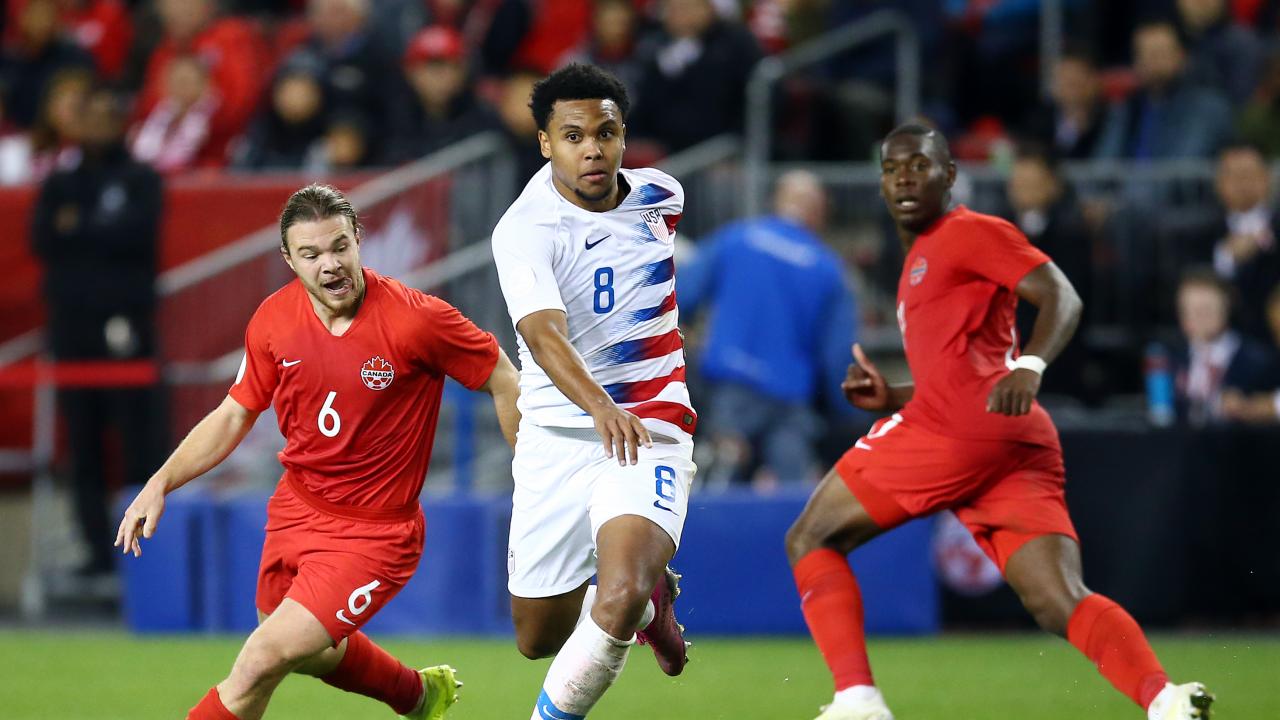 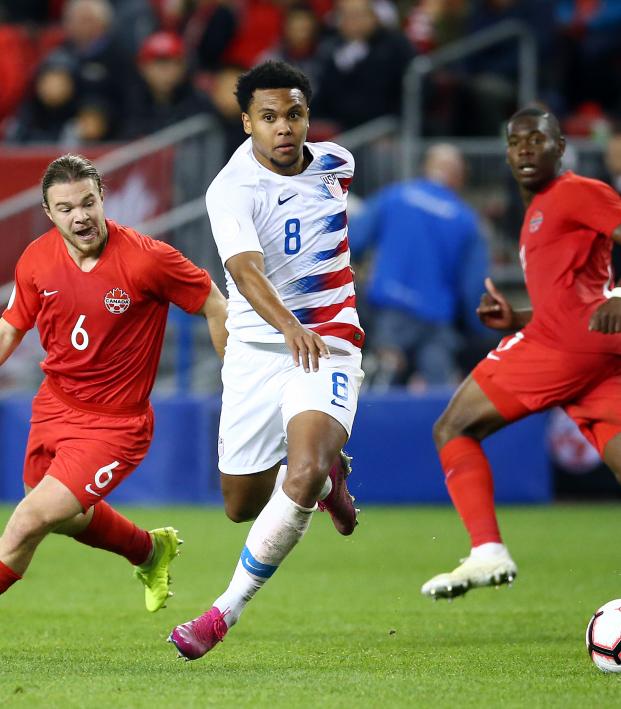 ‘We Have To Be Ready To Kill Them’: USMNT-Canada Is The Rivalry We Didn’t Know We Needed

Connor Fleming November 14, 2019
Sorry Jürgen, but this is a lot more fun than some meaningless friendly against a bored France team.

When former USMNT manager Jürgen Klinsmann labelled the newfangled CONCACAF Nations League a “waste of time” back in October (rich enough coming from a coach that inspired his team to defeats against Mexico, Costa Rica and Guatemala by a combined scoreline of 8-1 during 2018 World Cup qualifying), it was easy to grasp the German’s point: If you limit the amount of big matches you have against quality opponents, you limit your growth.

But two months into the competition and it’s safe to say that Klinsmann’s opinion was unfounded on a number of levels. First — and I think we can all agree on this — the USMNT’s competition at this point in time is not Brazil or Germany or the Netherlands. The U.S. has already found its level during Nations League group play.

Without Christian Pulisic in the side, it’s safe to say that Canada’s attack is superior to America’s. Alphonso Davies, Jonathan David, Lucas Cavallini and Junior Hoilett would all be welcomed into the fold, while midfielders like Scott Arfield, Mark-Anthony Kaye and Jonathan Osorio could also push for places in the USMNT squad.

And if it’s “big matches” the U.S. needs, Friday’s hugely competitive contest in Orlando promises to test players in a much more meaningful way than some money-spinning friendly against disinterested European opposition.

There’s a war of words building between the Canucks and Yanks, and this is exactly what meaningful competition should sound like.

“I think, as a team, we lacked our competitiveness,” said USMNT forward Josh Sargent about the last meeting between the two nations. “I think that’s something we definitely need to bring this game. Last game has left us pretty upset, and I know we’re coming into this game definitely looking for some revenge.”

Sergiño Dest, fresh off his decision to represent the U.S. over the Netherlands, was even more bullish: “That’s not going to happen the next game,” said Dest about the 2-0 loss. “Friday, we’re not going to lose, 100 percent.”

But that was all topped by Alfredo Morales, who said: “We have to be ready to kill them.”

As the undefeated leaders of Group A, Canada is set on qualifying for the semifinals of the competition by earning a win or draw in Orlando, and manager John Herdman isn’t worried about the noise coming from the U.S. camp.

“We have bigger motivations than anything that can be said down south,” said Herdman. “Our motivation is to win with one reason in mind: to qualify for the Hex which will take us to the World Cup. I think whatever is happening south of the border is their business, it’s for them to deal with.”

19-year-old Bayern Munich phenom Alphonso Davies expects a fired up U.S. team, but he’s confident they can hold their own on American soil.

“Nothing changes with out mentality and our game play, we just have to go out there and perform,” said Davies. “Everyone is on the same page. We know they’re going to come back with fire, considering what happened in Toronto and we’re ready. … It motivates us a lot coming into this game especially against the Americans, our neighbors. We just want to give everything we have.”

The USA vs. Canada match kicks off at 7:00 p.m. ET from Exploria Stadium in Orlando on ESPN2, TUDN and UniMás.