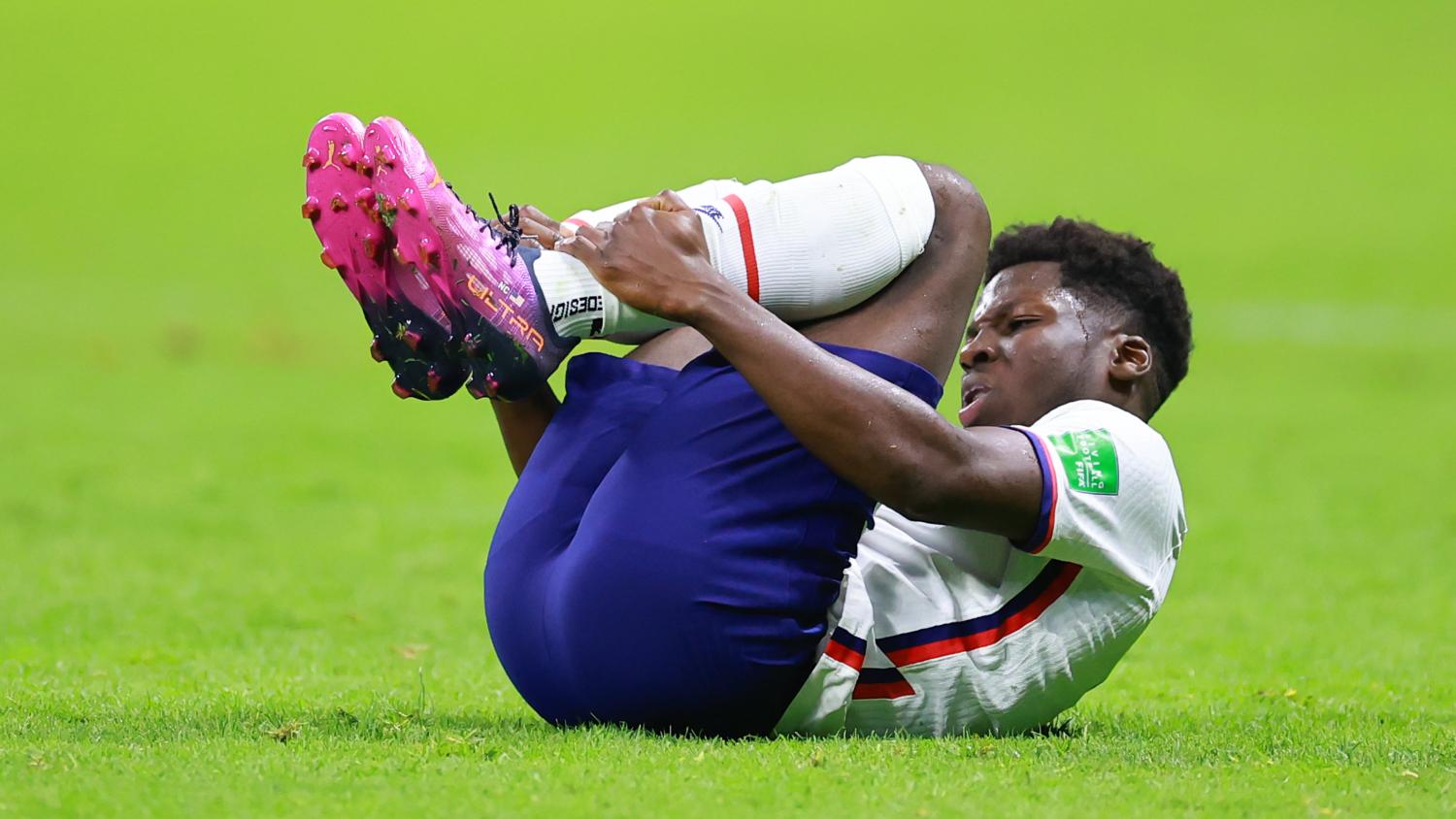 The U.S. is running low on center backs.
Getty Images

The United States men’s national team was forced to replace Yunus Musah, Chris Richards and Cameron Carter-Vickers on the September friendlies roster after all three picked up injuries. The three amigos of injuries are the latest addition to a growing list of USMNT injuries

Return Date: Minor Injury, Out For At Least Two Weeks

Musah is the latest victim of the American injury bug. After initially being named on the USMNT September roster, he has been forced to withdraw after picking up a groin injury.

Yunus Musah has a knock, has not trained the last two days and will not travel to face Celta de Vigo. Valencia spokesperson tells me Musah will also stay in Valencia to recover and will miss the #USMNT friendlies. https://t.co/VByTUdQl3b

The youngster has been in solid form for his club side Valencia and is a usual starter for Gregg Berhalter’s team. The injury isn’t expected to be too severe, and he could return for Valencia after the international break.

Robinson is recovering from an ankle injury he suffered against Tottenham on Sept. 3.

“It’s an ankle sprain, and you know, day-to-day,” Berhalter said. “We’re not sure exactly when he’s going to be back in training. At this stage, it’s probably better not to rush it and give him the proper recovery time.”

"It’s not really serious,” Silva said. “We are testing every day to see how he feels. The feedback that I received from the medical staff is that it could be in one or two days that he could be ready to go again. He doesn’t feel really comfortable yet. But I think it will be soon.”

Weah hasn’t made an appearance for his club side Lille this season. He sprained his ankle just before the season began.

According to Berhalter, the winger will be healthy in the near future but wasn’t quite ready to participate in the USMNT’s friendlies.

“Timmy is moving along,” Berhalter said. “He may be in team training by the end of next week. But we’re hopeful on him.”

Steffen has missed four straight games for his club team Middlesbrough becase of a knee injury.

The goalkeeper position for the U.S. is still up for grabs so missing these final two friendlies before the World Cup will be killer for Steffen.

It’s unclear when Steffen will return for the USMNT or Middlesbrough.

Carter-Vickers has been playing excellent for his club team Celtic and was hoping to impress at the USMNT's final two friendlies. That was until the USMNT announced he would be miss the September camp due to a minor injury.

The rumor online is that he's dealing with a calf issue, however that hasn't been confirmed. His club manager Ange Postecoglou said CCV could return to action after the international break.

“Cameron pulled up a bit sore so he wasn’t available today. He pulled up sore, so we’ll see how he is. I think he’s out of the US camp, so we are hoping post-international break he won’t be too far away," Postecoglou said.

There is little information available as to what injury prevented Richards from joining the USMNT. The American center back has only logged 45 EPL minutes this season in three appearances.

Injuries have limited Richards from playing for the U.S. with his last appearance for the national team being in January 2022. His dreams of being a starter are in serious doubt.

Richard and Carter-Vickers have been replaced with Mark McKenzie and Erik Palmer-Brown.

: @MarkMckenzie4 and @ErikBrown14 have been added to the #USMNT roster for September training camp.

They replace Cameron Carter-Vickers and Chris Richards, both of whom are sidelined with minor injuries.

Robinson has had a brutal year. He won’t play at the World Cup after an awful Achilles injury, and he was arrested after not paying for a drink. Bad time to be Miles.