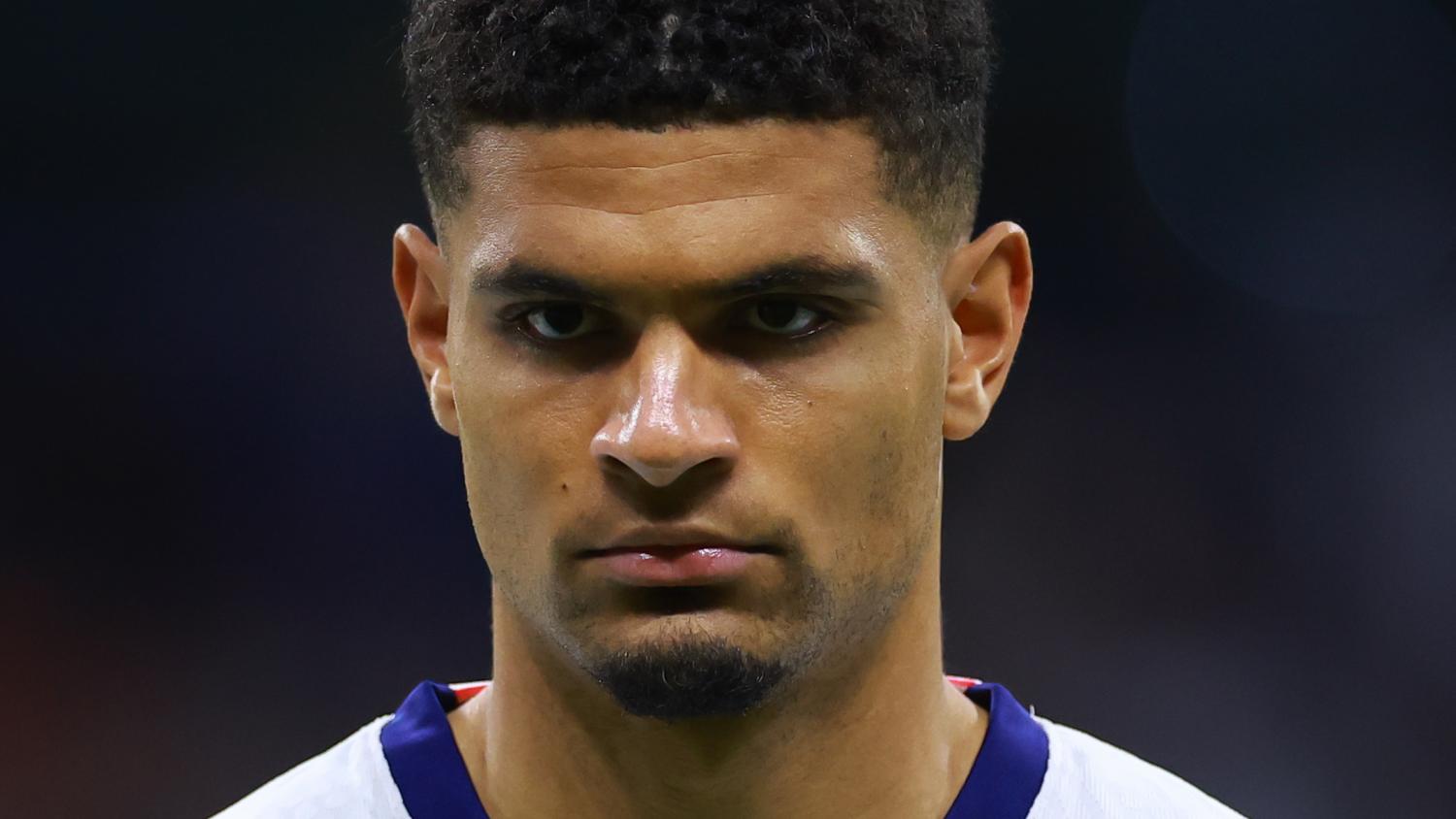 The Atlanta United defender was released on $150 bond.
Getty Images

USMNT center back Miles Robinson was released on $150 bond after he was arrested on Saturday night. The reason for the Miles Robinson arrest has many questioning how this happened.

Robinson, who has been out injured since May, was at PBR Atlanta, a self-proclaimed “Cowboy Bar” at The Battery Atlanta adjacent to Truist Park, home of the Atlanta MLB team. According to police reports, Robinson took a $5 shot off a tray, drank it and then refused to pay for it.

“All this over five dollars, bro,” Robinson reportedly said.

According to the report from Cobb County Police Department obtained by Reuters and ESPN, a bartender saw Robinson, 25, take the shot and walk away.

“Robinson stated, ‘You only want to listen to the racist bartender, you aren’t going to listen to me,’” the report read. “I attempted to explain to Robinson that the bartender observed him take a shot and then walk away and alerted the managers. Robinson would not listen but stated that the situation was because he was the only black male inside of the bar.

“Detective Goduto then explained to him that all he had to do was pay his bill and that if he did not pay the bill the manager wanted to press charges for theft. Robinson once again stated all this was over five dollars. Robinson did not indicate that he was going to pay the bill.”

So Robinson took a shot off a tray and was arrested for not paying for it. He was charged with misdemeanor theft and given a criminal trespassing warning.

Gonzalo Pineda was asked about Miles Robinson today. He said he can't say much but that he and the club are giving their full support to Miles. pic.twitter.com/jLEMU5jQR1

“We are aware of a recent misdemeanor arrest involving Miles Robinson,” Atlanta United said in a statement. “We are continuing to gather all information related to the incident and will not have further comment at this time.”

There are two ways of looking at this Miles Robinson arrest. The first is that Robinson is an entitled athlete who thinks he’s above the law. He saw something, took it and then didn’t want to pay for it, so the bar is well within its right to press charges.

Robinson makes $737,500 as a star player for Atlanta United, a decent salary but surprisingly low for a man who was likely to start at the World Cup for the U.S. before tearing his Achilles in May. Philadelphia Union center back Jack Elliott makes $793,750, and I’d be shocked if you could pick him out of a lineup. Still, that’s plenty of salary to pay for five bucks of booze.

The other way of looking at this is through the eyes of Miles, whose side of the story has not yet been heard (he has not yet given any public statements). According to the police report, Robinson said he was the only Black man in the bar and accused the bartender of discrimination. This isn’t an accusation Robinson would throw around without reason, and we should wait to hear that motivation before judging Robinson. Maybe the bar was giving out shots to everyone but only charged Robinson. Maybe Robinson planned to pay the tab later but was never given the chance. Or, just as likely, maybe he was drunk and being an idiot. We don’t know yet, and we’ve learned you can’t take police reports as 100 percent accurate in this country.

Regardless, arresting a man for a $5 bar tab feels extreme and not a great use of tax money. You may say what’s the worst that could happen if someone is arrested for such a petty incident, but don’t forget George Floyd was murdered by police officers over the suspicion of a fake $20 bill.

Though it’s unlikely we see Robinson play again this year because of his Achilles injury, hopefully this is all sorted out quickly and we find out why a professional athlete was arrested over $5.

(Information from Reuters was used in this article.)