Robbie Rogers Scores First Goal Since Coming Out As Gay 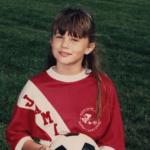 Jamie Bartlett June 26, 2015
The LA Galaxy's Robbie Rogers scored his first goal since coming out as gay in a 5-0 beatdown of the Portland Timbers.

In case you missed it, the LA Galaxy slaughtered the Portland Timbers by a commanding scoreline of 5-0 to jump ahead of them in the Western Conference.

Goal three came in the 32nd minute, after Robbie Keane delivered a beautiful feed to Robbie Rogers, who first-timed his shot after rounding from outside left. While increasing an advantage during a league MLS game doesn’t seem that newsworthy, this goal happened on a special night to the right person.

Thanks to everyone who joined us last night at our #LAGalaxyPrideNight was such a pleasure to meet you all after the game and to get my first goal since coming out. #Pride

This has all happened rather quietly while riding the wave of LGBT acceptance that has occurred in recent years.

If you didn’t know, June is considered Pride Month for the LGBT community. The Galaxy held their annual Pride night for fans Wednesday, and today, the US Supreme Court ruled in favor of same-sex marriage nationwide. It's been a very good week for the man who briefly retired from football in 2013, feeling he couldn’t be openly gay and play professionally.

Unlike gay male athletes in any sport, female athletes have had a much easier road professionally. There are at least 17 out players in this year’s Women’s World Cup, while the men’s Cup had zero (statistically there should at least be a few).

Wednesday, with rainbow scarves everywhere, Rogers scored his first professional goal since coming out. Usually, the first goal a player scores for a new team is remembered only after a long, storied career becomes documented. Rogers is a talented defender who will likely have a lasting impact with the Galaxy. But, even if that doesn’t happen, this big gay goal will be noted in all sports history books as a turning point for male athletes.

The goal came just before the Supreme Court announced a landmark decision that the banning of gay marriage violates the constitution, allowing gay couples across the USA to finally marry each other.