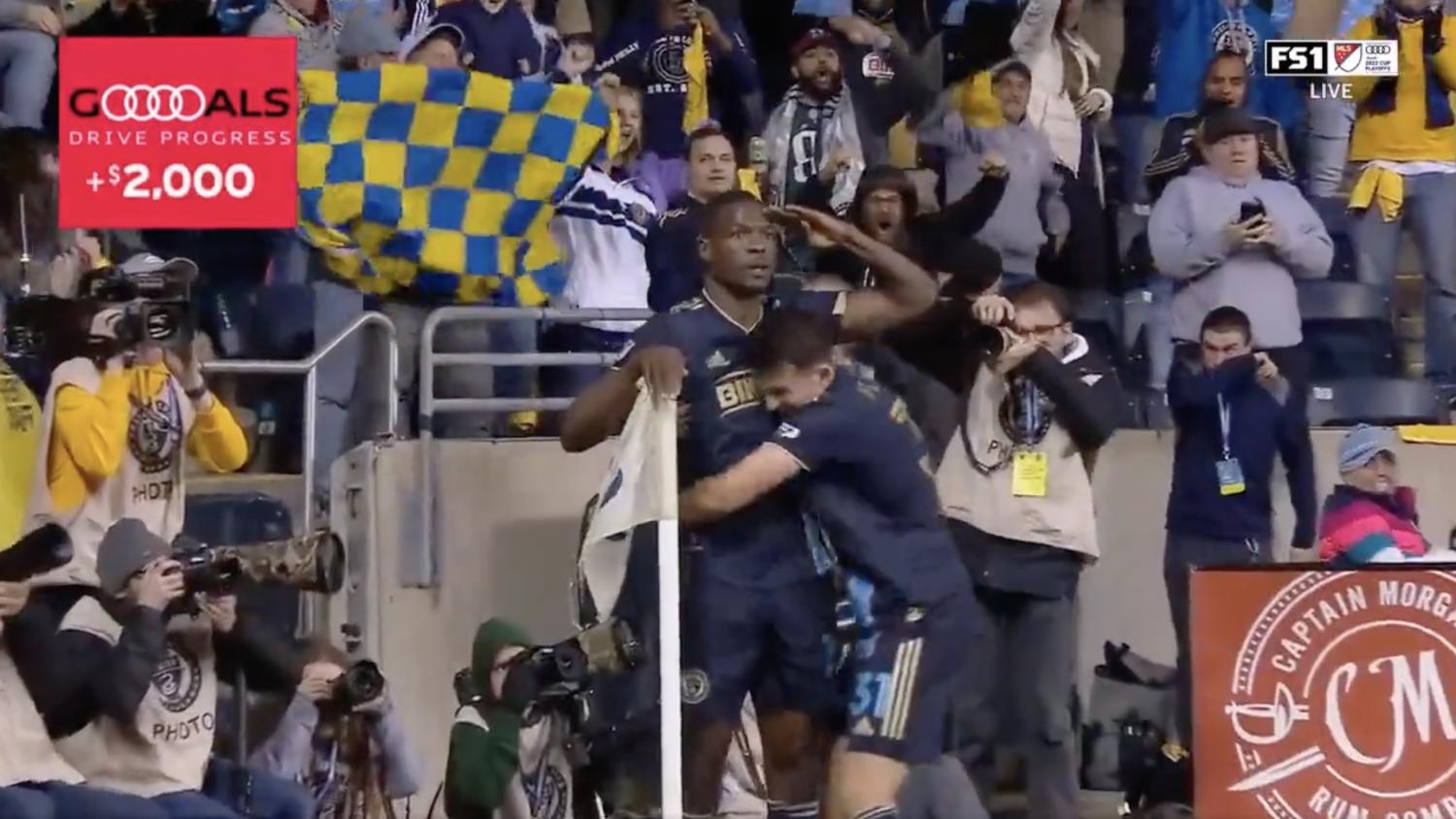 Julián Carranza had a goal and an assist for the Union.
The18

The Philadelphia Union are playing in their first MLS Cup after taking out defending champions NYCFC 3-1 at Subaru Park on Sunday night.

NYCFC — previously unbeaten in six straight postseason matches — sucked the life out of the ground in the 57th minute when Maxi Moralez orchestrated a quick break and finished it himself with a driven finish from 22 yards out.

THERE IT IS! @NYCFC takes the 1-0 lead thanks to Maxi Moralez! pic.twitter.com/c6iIQf2J01

But this is a blessed time in Philadelphia sports. Earlier Sunday, the Philadelphia Eagles crushed the Pittsburgh Steelers to remain the NFL's only unbeaten team at 7-0. On Halloween night, the Philadelphia Phillies host the Houston Astros in Game 3 of the World Series.

It was MLS Goalkeeper of the Year Andre Blake who got things started in the 60th minute with an incredible reaction save to keep the score at 1-0. Then, in the 65th, a quickly taken Union free kick put Julián Carranza through on goal and he finished beyond Sean Johnson.

WE ARE LEVEL @PhilaUnion finds the equalizer in the 65th minute! pic.twitter.com/Tf9i0K7LgX

Cory Burke made it 3-1 in the 76th and Philly could start thinking about Saturday.

Earlier in the day, LAFC hammered Austin 3-0 to confirm their place in MLS Cup. As the Supporters' Shield winner, LAFC hosts the final at Banc of California Stadium on Saturday. It's been almost two decades since MLS Cup was last contested by the number one seeds out of the East and West.