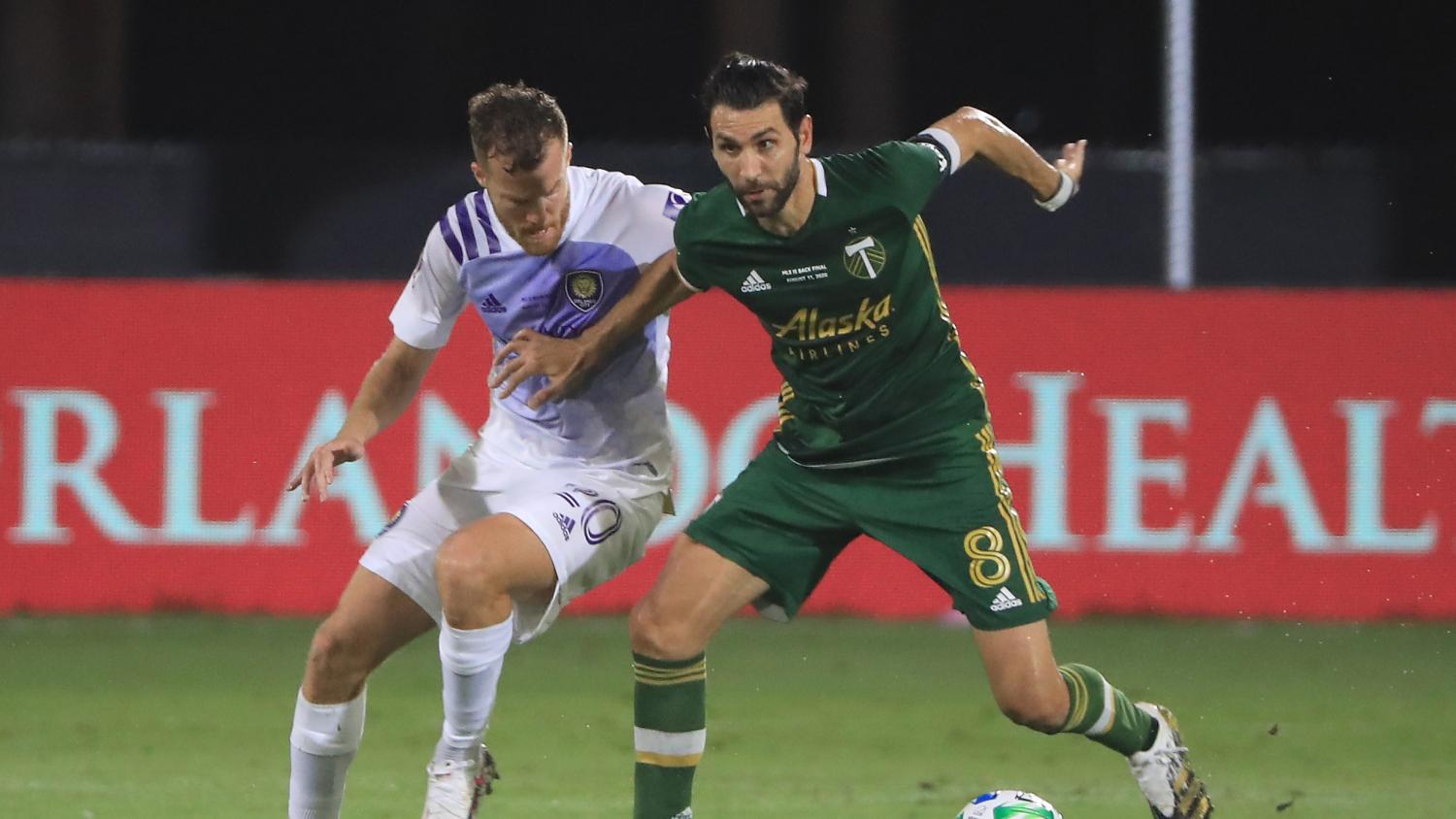 Diego Valeri set up two goals to help the Portland Timbers beat Orlando City 2-1 in the MLS Is Back Tournament Final on Tuesday in Orlando, Florida. Valeri’s delightful set pieces guided the Timbers to just their second ever major trophy — assuming you consider this a major trophy.

The World Cup-style MLS Is Back Tournament featured 24 of 26 teams — FC Dallas and Nashville SC didn’t play because of too many positive Covid-19 cases. Portland earned a berth into the 2021 Concacaf Champions League with the victory while the Timbers players will split their share of the $1.1 million purse.

One hopes there won’t have to be any more MLS Is Back Tournaments, but considering the U.S. government has done so little to combat Covid-19, you never know. Either way, the MLS regular season starts back up on Wednesday with a match between rejects Dallas and Nashville.

Orlando was a surprise participant in the final, having never even qualified for the MLS Cup playoffs. Unlike the Houston Dash, City was unable to pull off an unlikely title, despite Nani’s heroics and histrionics.

MLS Is Back Final Highlights

Portland took the lead in the 27th minute thanks to one of the most delicious crosses you’ll see in MLS. Valeri sent in the WAP of set pieces inviting Larrys Mabiala to stroke the ball into the back of the net with the tip of his head.

What a ball. Great finish.@TimbersFC open the scoring in the #MLSisBack Tournament Final! 1-0. pic.twitter.com/jN2ZtbVpaP

At this point, it was quite clear Portland would win this tournament. After all, since the club sent out this tweet last year, the Timbers have lost just once. Coincidence? I think not.

We have two DP slots open.

But Orlando, a different club this season under Óscar Pareja, battled back.

The Lions equalized in the 39th minute thanks to some great work on the wing from Nani, the Portuguese talisman, setting up Mauricio Pereyra, who has been excellent during this tournament.

But the match winner came thanks to another set piece from Valeri.

The Argentine, who was the 2017 MLS MVP, sent in a corner kick that was controlled by Eryk Williamson, who sent the ball back into the mixer where eventually Dario Zuparic poked it home.

Nani had a little head nuzzle with Portland’s Jorge Villafaña, both trying to get the other sent off, but the referee wasn’t having any of it and the match finished with 22 men on the pitch — plus the first-ever female assistant referee in an MLS final, Kathryn Nesbitt.

Orlando’s best chance to equalize came from a stoppage time free kick — won by a Nani flop/foul on Nani, depending on your allegiance — that resulted in a shot over the bar by Kyle Smith.

In the end, Portland celebrated a unique trophy delivered by none other than Diego V.