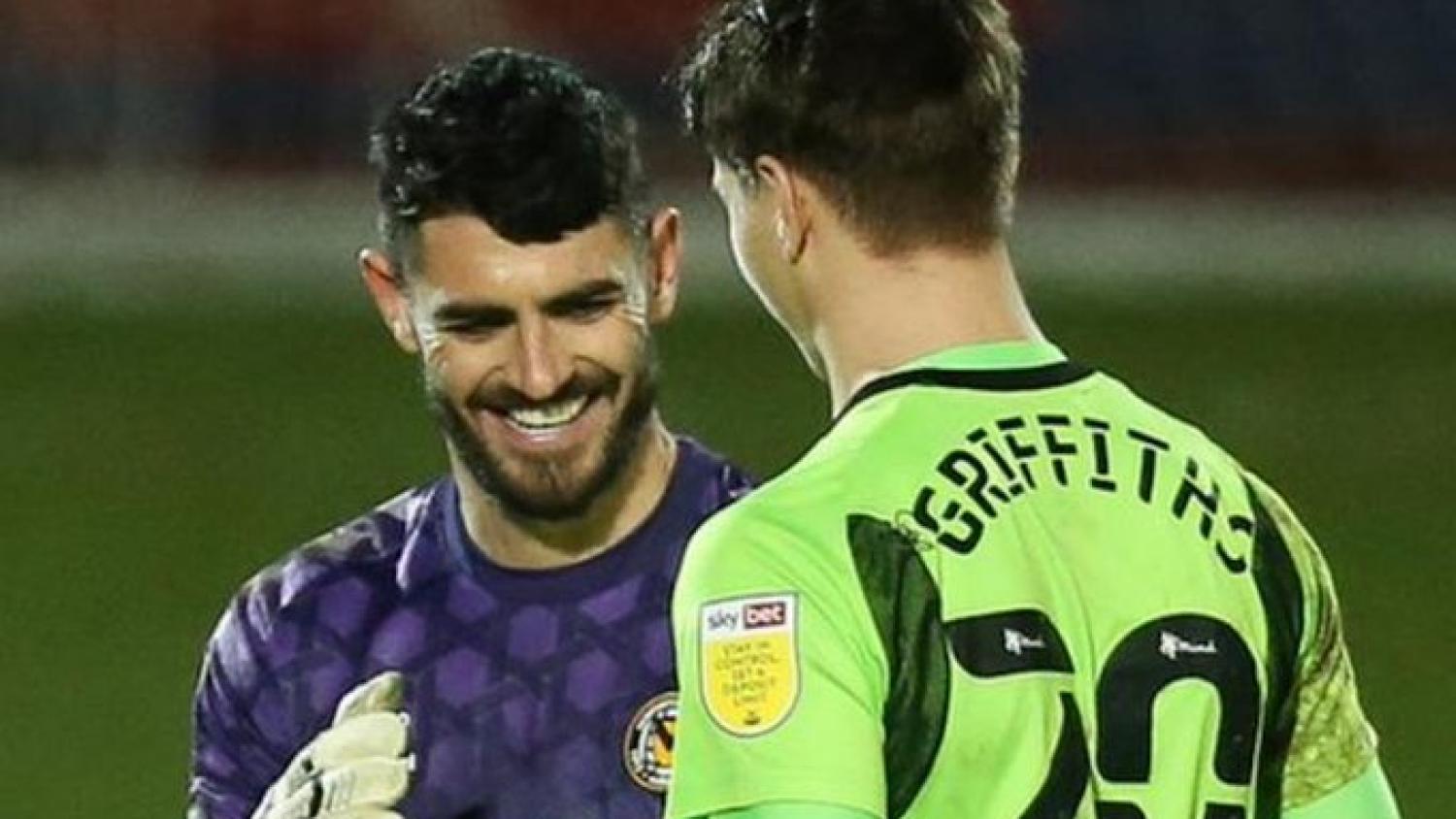 When Newport County goalkeeper Tom King took a goal kick in a League Two game at Cheltenham Town on Tuesday, little did he know he would be writing his name into the Guinness World Records book for the longest goal ever scored.

At 0-0 in the 12th minute, King placed the ball inside his six-yard box and launched it so far upfield that it bounced a few yards outside the opposition box before the wind picked it up and over the helpless Joshua Griffiths in Cheltenham's goal.

Newport County goalkeeper Tom King's 105-yard goal against Cheltenham has been confirmed as a @GWR for the longest goal scored in a competitive football matchpic.twitter.com/0WjiENqVvk

Guinness World Records ratified the record on Thursday, with his 105-yard goal breaking the record previously set by former Stoke City goalkeeper Asmir Begović, whose clearance from inside his own box found the Southampton net in 2013.

"I'm absolutely delighted because it's not something that I intentionally set out to do," King said on the club's website https://www.newport-county.co.uk/news/2021/january/tom-king-sets-new-gui.... "I'm sure it will be talked about for a long time to come, so I'm proud and I'm sure my family will be extremely proud too.

"I'll have to drop Asmir a message to send my commiserations... It's different territory for me because I never dreamt of being in the books that you get for Christmas every year. Hopefully I might actually read it if I get one for Christmas this year. I'm delighted and hopefully no one beats it for a long time now so I can show my grandkids."

However, King refused to celebrate the goal out of respect for his Cheltenham counterpart even though it was the first goal he had ever scored as a professional.

"I didn't even know how to celebrate really and I apologized to the other goalkeeper after the game... It's not nice to be on the other end of it," he said.