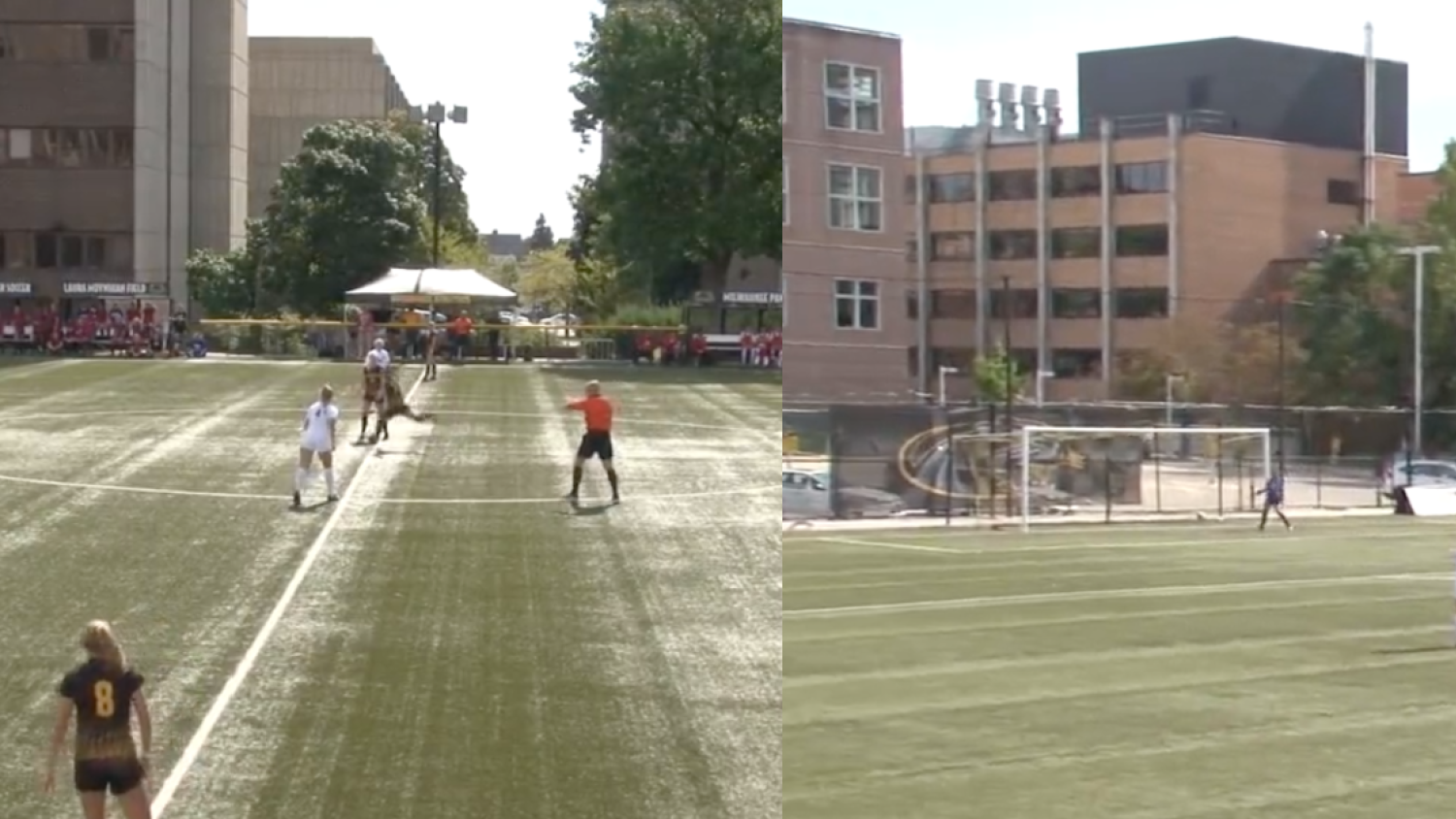 Wisconsin-Milwaukee’s junior midfielder got the match off to a perfect start.
Milwaukee Panthers | YouTube

Sever’s goal was the first of many as UWM routed Youngstown State 7-0. It earned her a spot on ESPN’s Top 10 plays of the day (at No. 4) and broke the records of some famous footballers.

The previous NCAA D-I record for fastest goal in college soccer was held by Yael Averbuch, who scored for North Carolina 3.9 seconds into a 4-0 win over Yale.

Sever did not overtake the U.S. college record for fastest goal, which is still held by Megan Searson of the University of Mary in a 2-0 win over Minnesota-Crookston in NCAA Division II. It was clocked at 3.0 seconds.

As for other fast goals in soccer history, France holds the record for the fastest in women’s international football after Valerie Gauvin finished a great team goal in 11 seconds against North Macedonia in 2020. It edged out Alex Morgan’s 12-second strike for the USWNT against Costa Rica in 2016.

Speaking of U.S. Soccer, Shaq Moore set the USMNT record for fastest goal, giving the U.S. the lead within 20 seconds in a 1-0 win over Canada during the 2021 Gold Cup. Also this summer, Luke Shaw’s goal at 1:57 was the fastest in Euro final history.

Fast goals have been flying in across the globe in recent years. In 2020, AC Milan’s Hakan Çalhanoğlu and Rafael Leão combined for a strike within 6.2 seconds to set the record for the fastest goal in Europe’s top leagues. The Premier League record of 7.69 seconds was set by Shane Long in 2019. The fastest goal in MLS history was scored by Mike Grella in 2015.

All in all, impressive company for Jelena Sever to be mentioned with after scoring the fastest goal in college soccer history. Certainly it’s something Cristiano Ronaldo has ever accomplished, though not through lack of trying.