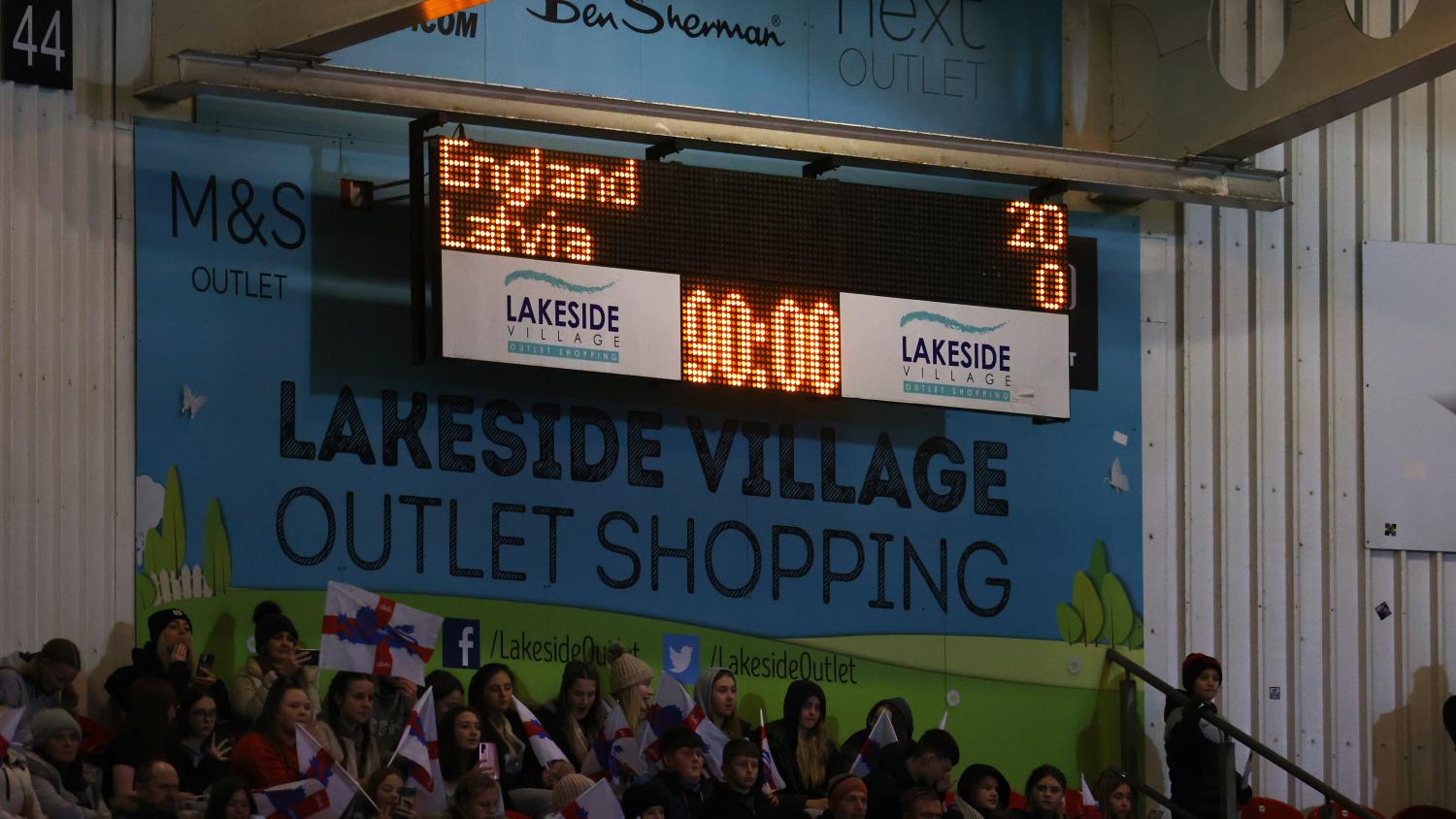 The Three Lionesses set all kinds of records as 10 players scored in a runaway victory.
Getty Images

Remember when all the USWNT haters were bashing the world champs after hanging 13 goals on Thailand at the 2019 Women’s World Cup? I’d love to see what those same critics would say about England’s 20-0 win over Latvia on Tuesday, though let’s be honest, they’re not paying attention anymore.

Another step on our journey to @FIFAWWC qualification. pic.twitter.com/WWjY9I4wyU

The win moved England five points clear of second-place Northern Ireland in the chase for a World Cup berth with four matches to play. The 20-goal margin padded England’s goal difference to 53 (that’s 53 goals scored, none conceded), 29 more than Northern Ireland. The Three Lionesses have also won qualifiers by scores of 10-0, 10-0, 8-0, 4-0 and 1-0 (well done, Austria).

The match was an undoubted mismatch from the first minute, starting with Mead’s opener in the third minute and ending with Hemp’s fourth and England’s 20th in the 88th minute. England’s previous record victory was a 13-0 win over Hungary in 2005.

The Three Lionesses tallied an incredible 63 shots on Tuesday, not actually many more than they had in a 10-0 win over Latvia in October. Sarina Wiegman’s side held a staggering 86 percent possession and completed 849 passes to 148 for Latvia. It was one-way traffic all night.

20-0 - England's women's team have beaten Latvia 20-0, recording their biggest ever victory in an official match (previously 13-0 vs Hungary in 2005). Over their two group matches against Latvia during qualification they have attempted 121 shots and faced none. Commanding. pic.twitter.com/w466Q7XbQl

Just like when the U.S. beat Thailand 13-0 at the 2019 Women’s World Cup, seeing a 20-0 score line in any major soccer competition is eye-opening. There are questions of sportsmanship, of player safety, of whether these two teams should even be on the same pitch together.

These might be legitimate questions, but not ones to ask the England players, who deserve no criticism. They’re trying to do whatever it takes to qualify for the next World Cup, and until they clinch that berth, there is no reason to stop scoring. Many of these England players were celebrating their first-ever goals for the national team; Hemp, Russo and Carter had never scored for the Three Lionesses before.

You can feel bad for Latvia suffering such a lopsided defeat (especially the backup keeper who came on at halftime), but you play who is in front of you. No one criticized Germany for beating Brazil 7-1 in the 2014 men’s World Cup.

The real issue is the lack of money put into women’s football in many countries in Europe and around the world, creating a stark disparity in preparation, coaching and resources available to these players. These women deserve better, whether they’re on the giving or receiving end of a 20-0.

On the 30th anniversary of the first Women’s World Cup Final, England’s win Tuesday was another reminder that there is still a long way to go to create equality in men’s and women’s football. FIFA must do more to ensure women’s soccer receives money on par with that given to men’s soccer.