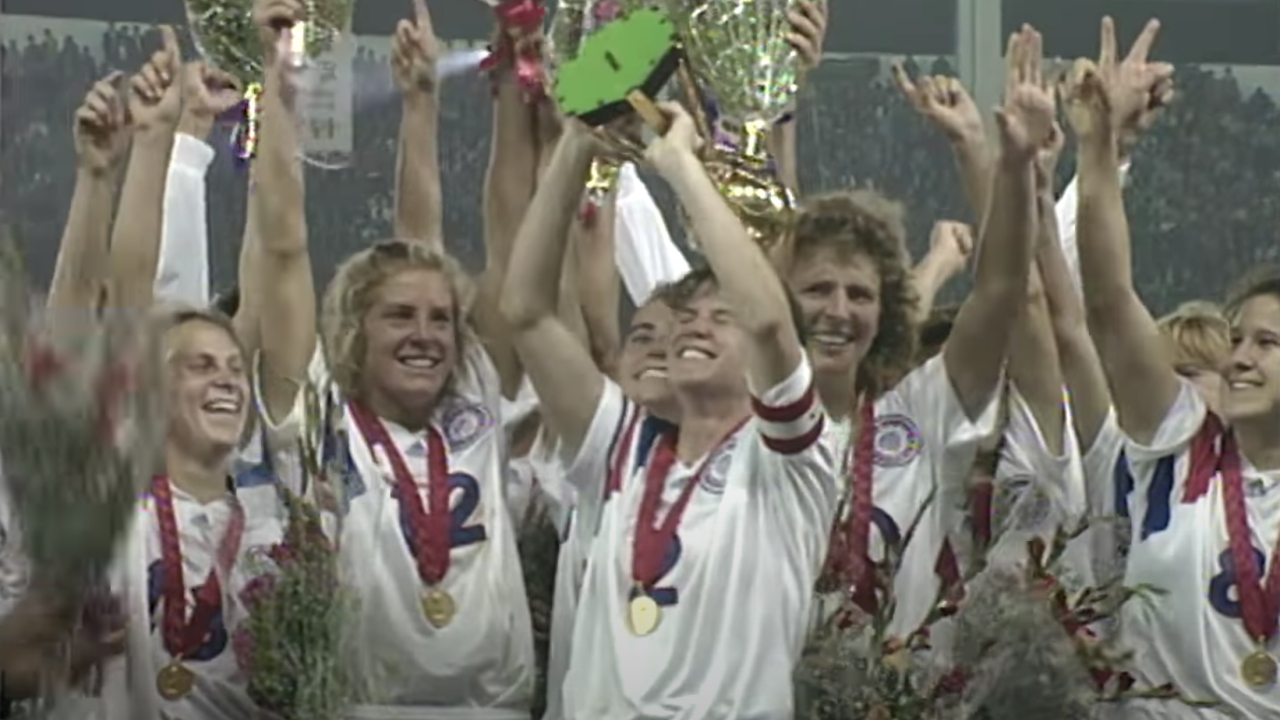 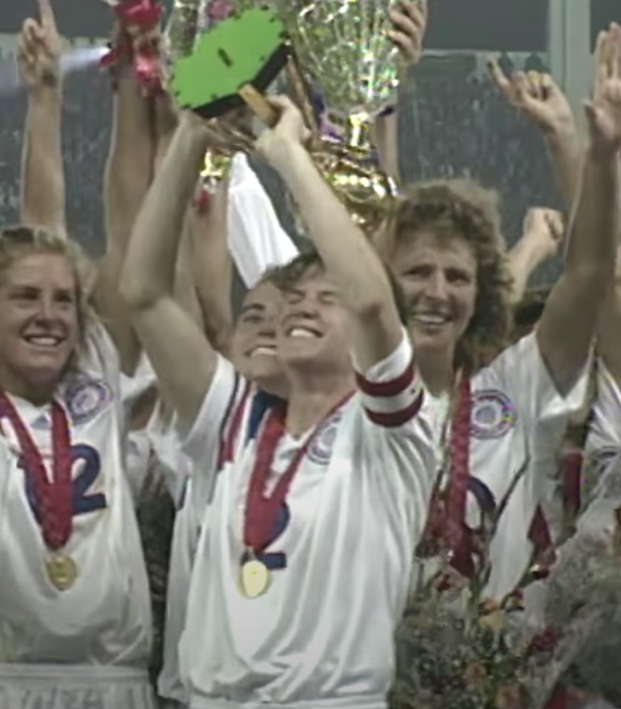 30 Years Ago Today, The USWNT Played The Most Important Match In Women’s Soccer History

Everything changed with the success of the 1991 Women’s World Cup, capped by the USWNT — sporting baggy shirts and baggier warmup pants — winning the final on Nov. 30, 1991, in front of 63,000 fans at Tianhe Stadium in Guangzhou, China.

Back in 1991, FIFA didn’t think women should be allowed to play a World Cup. There were five unofficial Mundialito (“Little World Cup”) tournaments in the 1980s, and a 1988 FIFA Women’s Invitation Tournament was the first FIFA-sanctioned international women’s soccer tournament. But FIFA was terrified of putting the name World Cup next to a women’s tournament.

In fact, the first Women’s World Cup was actually called — and I’m not making this up — the 1st FIFA World Championship for Women’s Football for the M&M’s Cup, because FIFA didn’t think women deserved to share the actual title of “World Cup.” (To this day, FIFA continues to disrespect women by calling the men’s tournament the World Cup and the women’s edition the Women’s World Cup; either leave the genders out of both or add “Men’s” to the men’s competition.)

The sexism continued in the actual playing of the soccer.

FIFA felt women couldn’t handle a full 90-minute match, so every game at the first Women’s World Cup featured 40-minute halves. Some nations actually favored the shorter matches, particularly the weaker sides who couldn’t keep up with the top teams. Many of the competing teams complained about the lack of proper equipment (boots, goalkeepers’ gloves, etc.) in women’s sizes — “Top quality products should also be available in these sizes,” Brazil’s team stated after the tournament. There was even talk of using a size 4 ball instead of the normal size 5, an idea favored by Nigeria.

The timing and location of the tournament was also strategic on FIFA’s part. Afraid the M&M’s Cup would flop, they scheduled it for November in China, far away from the Western eyes that could have provided either an audience or criticisms.

Led by Golden Ball winner Carin Jennings (now Gabarra) and Golden Shoe winner Michelle Akers, the USWNT powered its way through the competition, winning all six of its matches by a 25-5 margin. Akers scored 10 goals in China, a record no one has come close to since. She scored both goals in the final, the first a towering header and the second a quick move past the keeper. (You can watch the highlights here.)

//: The First Star was earned.

The final featured 63,000 fans at Tianhe Stadium, by far the most for a match that didn’t include host China. (China beat Norway 4-0 in the tourney opener in front of 65,000 fans.) Though many in attendance for the final were given free tickets, it made for a great atmosphere and was proof this women’s soccer thing had a future. By 1995, FIFA bestowed the World Cup name on the tournament; in 1996, women’s soccer was added to the Olympics for the first time.

By the end of the decade, record crowds watched as the USWNT won its second Women’s World Cup title. Headlined by an amazing 90,185 spectators for the final at the Rose Bowl, the 1999 Women’s World Cup averaged 37,319 fans per match, a record that still stands to this day.

The 1991 Women’s World Cup was the stimulus for three decades of growth. The inaugural tournament should have been held years earlier — let’s not forget much of Europe banned women from playing for decades — but it was a necessary first step.

30 years ago today the @USWNT won the inaugural #FIFAWWC

We celebrate the anniversary and appreciate its significance in the growth of women's football
https://t.co/PdaiwtA8yV pic.twitter.com/TKyNjKps4o

Far too many issues still remain in women’s soccer to say it’s in a good place. Nearly every NWSL club has had some sort of abuse scandal over the last year, broadcasters and media don’t pay enough attention to the women’s game and women’s players are still criminally underpaid both domestically and internationally. But considering where women’s soccer was three decades ago (and especially five decades ago), the 1991 Women’s World Cup — even as the 1st FIFA World Championship for Women’s Football for the M&M’s Cup — is worth celebrating on its 30-year anniversary.