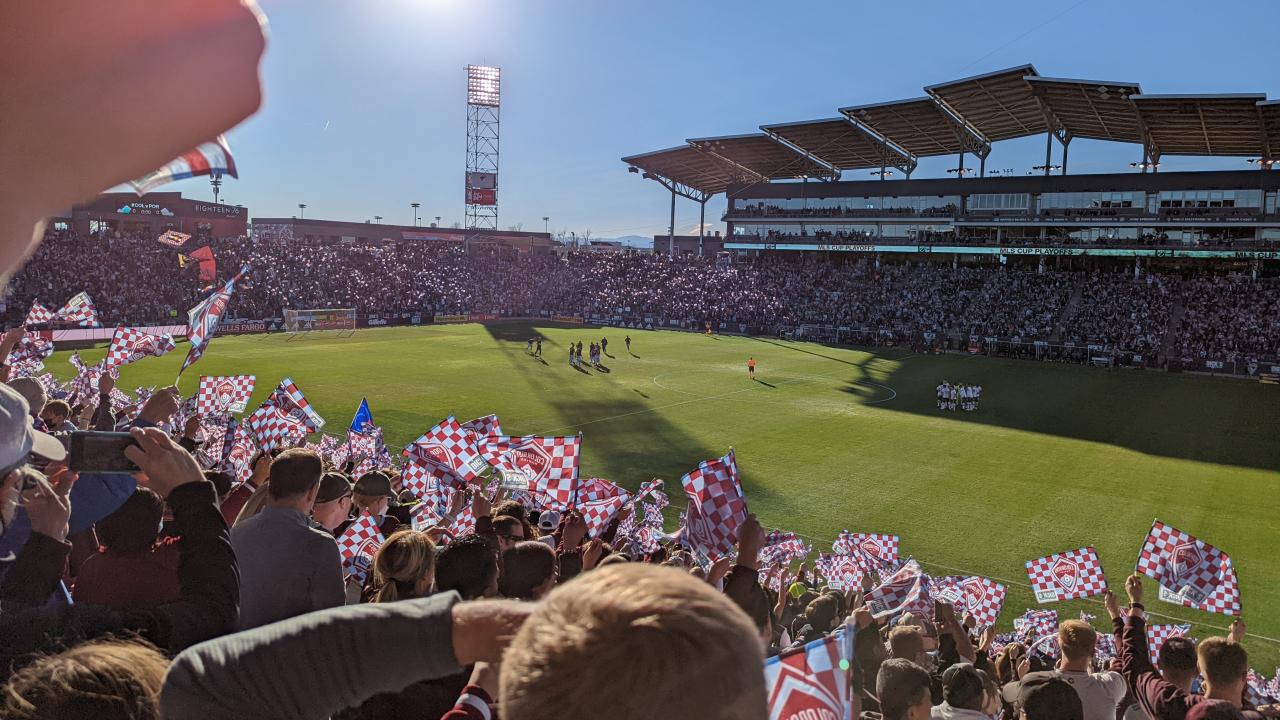 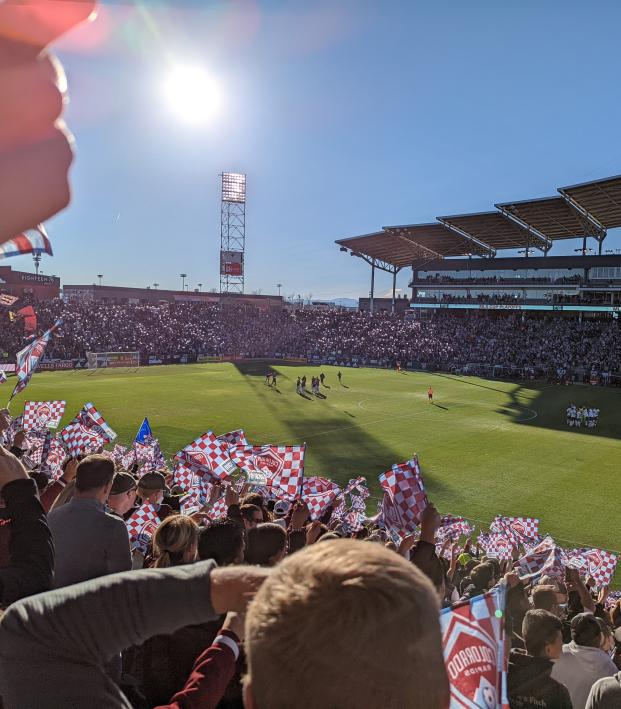 A Lot Of People Watched MLS On Thanksgiving, But Not The Massive Number Being Reported

Last week, I felt privileged to attend the first-ever MLS game on Thanksgiving. It was an odd event I couldn’t not attend. Turns out, a lot of people tuned in to watch on FOX — just not the massive MLS TV ratings being reported elsewhere.

Media outlets such as Hollywood Reporter ran with some incorrect data that said the Rapids-Timbers game on Thursday drew 7.22 million, which would have been more than double the previous MLS viewership record of 3.1 million set during the 1996 MLS Cup on ABC. The number was actually 1.894 million, which is still impressive.

A number of reports on social media and certain media sites ran with data that showed the MLS Thanksgiving game drew 25 times the 2021 season average viewers. This would have been a massive win for MLS and FOX, but the fact neither has bragged about it yet is the first tip-off something wasn’t quite right with the numbers found on Showbuzz Daily.

The previous record for average viewership in an MLS match was the inaugural MLS cup in 1996, seen by 3.1 million people.

TV ratings are measured in average audience, not peak. What seems to have happened is the Showbuzz Daily numbers averaged out the audience from the start of the pregame show at 4 p.m. ET to the end of the match, which included an awful lot of NFL fans. Prior to the MLS pregame coverage, 26.7 million people watched an NFL game, many of whom did not immediately turn off the TV before the MLS match began. This likely led to the discrepancy in the reported data vs. the actual data.

As usual, Grant Wahl is here to explain.

Lots of people running with bad info who shouldn't have been. It does make me wonder if MLS might schedule the MLS Cup final in the future on Thanksgiving to get bigger TV audiences. (They won't next year due to the World Cup being on at Thanksgiving.)

So forget the 7.2 million number you see floating around social media Tuesday; it’s not an accurate representation of the actual MLS viewership for the Rapids-Timbers game. But it is a representation of what MLS can strive for in the future.

The 1.894 million viewers were a huge win for MLS, especially considering neither of the clubs involved comes from a particularly large media market. The average cable viewership during the 2021 season was just 285,000; the regular-season MLS viewership record is 1.6 million set in 2019. Only five MLS matches have ever topped 2 million viewers, including just once in the last 20 years.

Thursday’s impressive viewership was the result of a number of factors that will be hard but not impossible to replicate. For starters, it was Thanksgiving afternoon, a day when most of the country is home and many are watching TV, with only a few sporting events on the schedule. The game also came on right after that NFL game that drew 26.7 million viewers, and let’s be honest, at least some of those fans were too lazy to find the remote to change the channel. Additionally, it was a playoff game played in the most beautiful November weather global warming could provide Colorado.

I know many casual sports fans just kept watching the MLS game instead of switching to the Cowboys game on CBS (which drew 37.8 million). My dad doesn’t watch soccer but was texting me about the atmosphere and weather he saw on TV. And the atmosphere was stellar, with most of the 17,438 in attendance waving burgundy and blue checkered Rapids flags together just before kickoff, making for the type of spectacle you just don’t get at boring NFL, MLB and NBA games.

That gets to the two points MLS can learn from these TV ratings.

The biggest takeaway is that Thanksgiving is a slam dunk idea for future playoff games. Next year MLS Cup will be played on Nov. 5 as the season ends early ahead of the Qatar World Cup, which starts in November. After that, however, MLS should make it a point to schedule at least one Thanksgiving game per year, or even plan to play MLS Cup on Thanksgiving.

Secondly, it’s not that bad of an idea to piggyback off the NFL. As much as I personally hate the league, the NFL absolutely dominates TV ratings in America, and if that’s what it takes to introduce more sports fans to the beautiful game, then so be it. It also helps that there were only four other major sporting events all day on Thanksgiving (three NFL games, one so-so college football game), making it an ideal time for big MLS matches.

Finally, MLS needs to continue to capitalize on the fact its fans create the best atmospheres in all of U.S. sports, except perhaps college football. There is something uniquely wonderful about watching a big soccer match, whether it’s a Champions League showdown in Europe or an MLS playoff game, and American fans know how to create spectacles like no other (unless it’s an NYCFC home game at Yankee Stadium). As much as the pageantry of college football is celebrated, you’ll never see a tifo at Kyle Field, you’ll never see thousands of little flags and a few giant flags waved relentlessly at the Big House (though honestly I think they’re pretty dang good ideas for college football fans to replicate).

While MLS can’t celebrate the 7.22 million viewers initially reported to have watched its Thanksgiving day game, nearly 2 million viewers is a stellar number for a match between Portland and Colorado. The number isn’t a record, but it’s not a fluke and it’s something upon which the league can absolutely build.