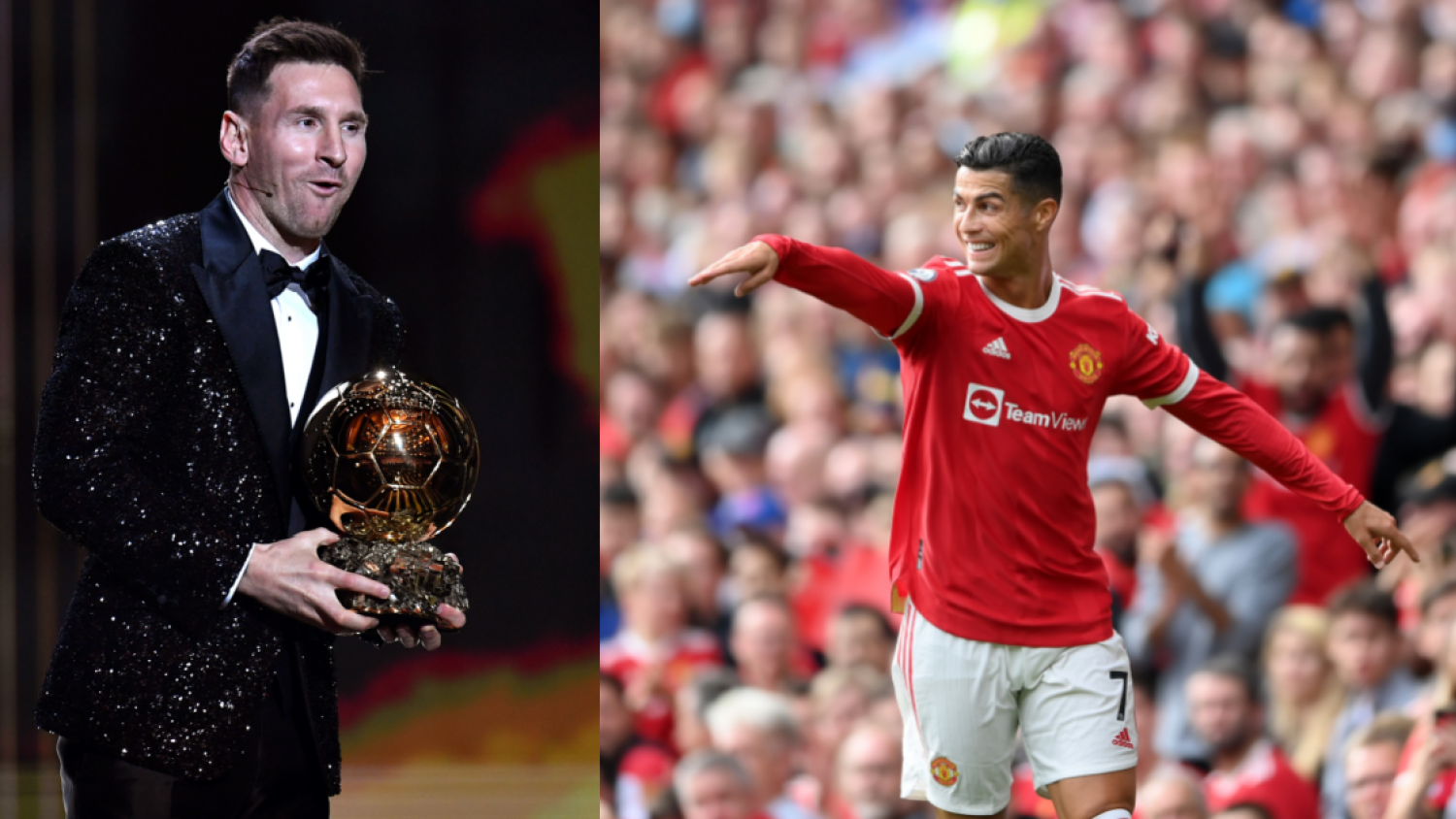 Lionel Messi edged Robert Lewandowski for the men’s 2021 Ballon d’Or, the Argentine’s record-extending seventh trophy as the best men’s player in the world. But Cristiano Ronaldo, who didn’t even attend the award show in Paris, still managed to make it all about him.

HERE IS THE WINNER!

AND THE SEVEN BALLON D’OR FOR LIONEL MESSI! #ballondor pic.twitter.com/8XDzlAKPaM

“It’s incredible to be here again,” Messi said. “Two years ago I thought it was the last time. Winning the Copa America was key.”

There was no Ballon d’Or awarded last year because of Covid-19, and you have to feel bad for second-place Lewandowski, who has done nothing but score a mind-boggling number of goals for Bayern Munich but may never win a Ballon d’Or. Somehow, Jorginho was named the third-best player in the world; you cannot convince me he’s better than Ronaldo, Karim Benzema, N’Golo Kanté, Mo Salah, Kevin de Bruyne and Kylian Mbappé, who all finished behind him. (For those wondering, Neymar finished 16th in the voting.)

When your dad wins an other Ballon d'Or #ballondor pic.twitter.com/UWKir71mX5

Somewhat surprisingly (or maybe not if you’re actually paying attention), no U.S. players finished in the Top 10 in voting for the 2021 Women’s Ballon d’Or.

Gianluigi Donnarumma won the Yashin Trophy as the best goalkeeper, Lewandowski was named the best striker, Pedri won the Kopa Trophy as the best player under 21 and Chelsea won club of the year. There were no analogous awards given to women because France Football, which gives out these trophies, couldn’t be bothered to think about women for more than a fleeting second, I guess. (Gio Reyna had the best finish of any American, tying for ninth in voting for the Kopa Trophy.)

The striker of the year award goes to… Robert Lewandowski ! #ballondor pic.twitter.com/OEy9mlSjki

Despite all the pageantry around Messi and Putellas, much of the attention on Monday night surrounded Cristiano Ronaldo, who finished sixth in the 2021 Ballon d’Or voting, the first time he fell outside of the top three since 2010. Ronaldo’s five Ballon d’Or trophies trail only Messi.

Ronaldo did not travel to Paris’ Theatre du Chatelet (which sounds way too close to Timothée Chalamet) for the award show but made his mark on the evening with a timely Instagram post. The Manchester United forward was responding to comments made by France Football editor in each Pascal Ferré, who claimed Ronaldo told him his only desire in life is to finish with more Ballon d’Or trophies than Messi.

Cristiano Ronaldo only has one ambition pic.twitter.com/ktHMejE1tc

Ronaldo posted the following to Instagram (translation to below).

“Today’s outcome explains why Pascal Ferré’s statements last week, when he stated that I confided in him that my only ambition was to finish my career with more Golden Balls than Lionel Messi.
“Pascal Ferré lied, he used my name to promote himself and to promote the publication he works for. It is unacceptable that the person responsible for awarding such a prestigious prize could lie in this way, in absolute disrespect for someone who has always respected France Football and the Ballon d’Or. And he lied again today, justifying my absence from the Gala with an alleged quarantine that has no reason to exist.
“I always want to congratulate those who win, within the sportsmanship and fair-play that have guided my career since the beginning, and I do it because I'm never against anyone. I always win for myself and for the clubs I represent, I win for myself and for those who love me. I don’t win against anyone.
“The biggest ambition of my career is to win national and international titles for the clubs I represent and for the national team in my country. The biggest ambition of my career is to be a good example for all those who are or want to be professional footballers. The biggest ambition of my career is to leave my name written in golden letters in the history of world football.
“I will end by saying that my focus is already on Manchester United’s next game and on everything that, together with my teammates and our fans, we can still achieve this season. The rest? The rest is just the rest…”

Leave it to Cristiano Ronaldo to claim he’s not obsessed with adulation and individual awards while making it all about him on a day he didn’t win. Does he have a point? Probably, but it feels odd for one of the most popular athletes in the world to call out a relatively unknown editor in this his-word-against-mine manner.

All that said, Ronaldo should have finished higher than sixth in the Ballon d’Or voting, so I can understand why he didn’t bother to attend the event. Even at 36, he is an unstoppable force, and it’s gotta sting to see someone like Jorginho finish so much higher in the voting.

Oh well, there’s always next year. Well, except for Jorginho, who is unlikely to even get near the Top 10 for the rest of his career.