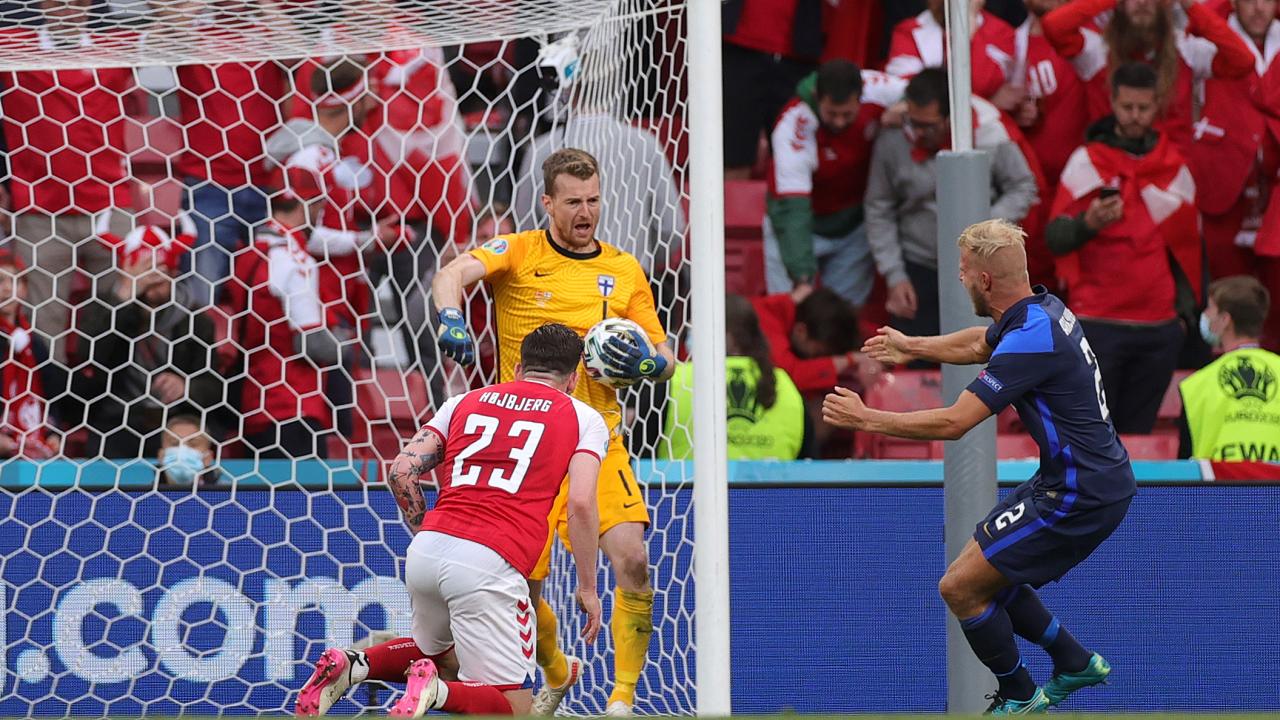 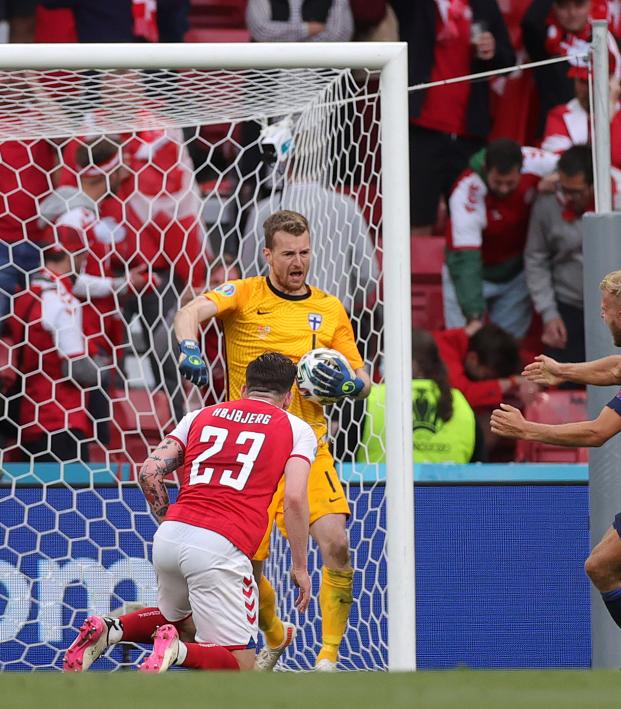 First, the good news: Christian Eriksen is awake, stable and talking. After what happened in the first half of Denmark’s match against Finland at Euro 2020, none of that was a given. The bad news for Denmark: There was still a match to play, one that saw Finland win 1-0 in its first-ever appearance at a major international tournament.

Christian Eriksen, an Inter Milan and Denmark star playmaker, collapsed in the 43rd minute of the match under no contact from another player. He fell straight to the pitch, unmoving but with eyes open in a terrifying moment for everyone involved, including players and fans.

Medical staff rushed to Eriksen and began performing CPR as the crowd of about 16,000 in Copenhagen fell eerily silent. Eriksen appeared to regain consciousness by the time he was stretchered off the field and taken to a local hospital.

The match was suspended, but UEFA later announced it would be completed later Saturday. Eriksen reportedly spoke to his teammates by phone from the hospital, which likely would have encouraged the Denmark players to continue to play. UEFA said it was the players of both teams who decided to finish the match, but it was clearly emotional for players returning to the pitch.

Denmark players were emotional returning to the field to resume their match following Christian Eriksen's collapse earlier in the day. pic.twitter.com/Oajftke0Hl

Players on both teams huddled together in a show of solidarity before play resumed, an acknowledgement that soccer is just a game and there are more important things in life.

The match resumed for the final minutes of the first half before a five-minute halftime. Players quickly and impressively reacclimated to the pace and intensity of a Euro match after such a harrowing moment for a teammate and opponent.

Denmark dominated proceedings both before and after the Eriksen collapse. Finland didn’t manage a single shot in the first 59 minutes.

In the 60th, Joel Pohjanpalo outjumped his defender to head a shot toward the feet of Kasper Schmeichel. The Leicester City keeper couldn’t deal with the awkward bounce and Finland took the lead on its first shot of the game.

Pohjanpalo did not celebrate out of respect to Eriksen.

Finland scores the first goal after the restart.

Shocked to be trailing, Denmark pushed for an equalizer and seemingly lucked out when Yussuf Poulsen fell down in the box and British referee Anthony Taylor pointed to the spot. Despite video replay clearly showing there was no real contact worthy of a penalty, VAR upheld the decision.

Justice was served when Bayer Leverkusen goalkeeper Lukáš Hrádecký — the star of the match — denied Pierre-Emile Højbjerg from the spot.

Denmark created a few more half-chances but could not find a way past the superb Hrádecký, who made six saves. The Danes took 22 total shots, barely a quarter of which found the target.

The stunning upset — Finland is ranked No. 54, Denmark No. 10 — will certainly have the asterisk of having come after Eriksen’s injury, but credit the Eagle-owls for pulling out the victory under such difficult circumstances.