Cristiano Ronaldo Salary 2020: What Juventus And Nike Are Paying Ronaldo

Cristiano Ronaldo finalized his transfer from Real Madrid to Juventus back in the summer of 2018, bringing an end to his nine-year spell at the Bernabeu. Juve paid Real $117.25 million for the 34-year-old’s services, and Ronaldo signed a four-year deal worth around $35 million annually. The Cristiano Ronaldo salary 2020 with Juventus is much less than what he earned at Real, where he was paid more than $50 million a year from salary and bonuses, but he's still making bank in Italy.

Cristiano Ronaldo will reportedly earn roughly $663,000 per week with Juventus, or roughly $35 million per year. The total cost of the transfer is nearly $400 million ($117 million for the transfer and $281 million in salary and taxes).

According to Forbes, Ronaldo earned a total of $109 million in 2019. His biggest sponsor is Nike, and he signed a 10-year deal with the sportswear giants back in 2016. That deal pays him a "basic" payment of nearly $18 million per year, although there are bonuses, like the extra $4.5 million he earned for winning the 2017 Ballon d'Or. The total value of his Nike deal is roughly $180 million and he'll continue to take a slice of that pie into his 40s.

After it was confirmed that Ronaldo had finalized his switch to Juventus while on holiday in Greece, an open letter from the Portuguese star to Real Madrid fans was made public:

“I only have feelings of enormous gratitude for this club and for this city,” Ronaldo wrote. “I have had nine absolutely wonderful years at the club. Real Madrid has conquered my heart, and that of my family, and that is why more than ever I want to say thank you: Thank you to the club, the president, the directors, my colleagues, all the staff, doctors, physios and incredible people that make everything work.

“Thanks to everyone and, of course, as I said that first time in our stadium nine years ago: Hala Madrid!” 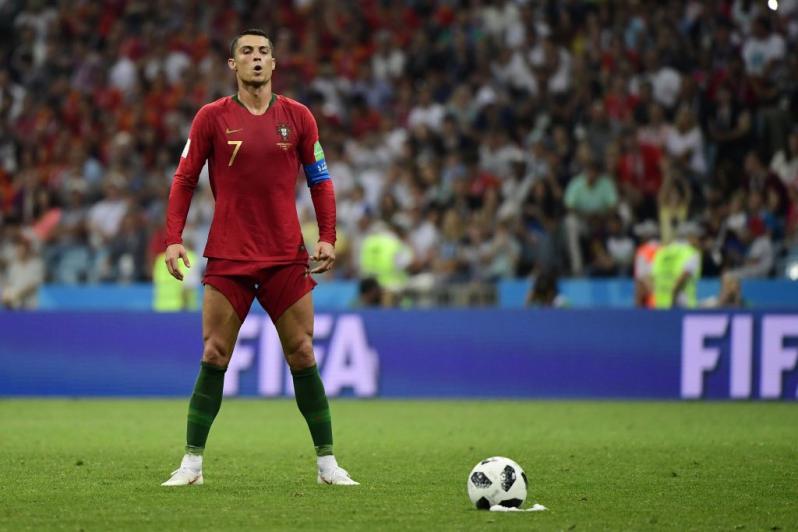 Real Madrid released a statement as well, making it abundantly clear the club had not forced Ronaldo out the door but that the club legend had requested the move himself:

“Real Madrid would like to express its gratitude to a player who has proved to be the best in the world and who has made this one of the most brilliant times in the history of our club. Beyond the titles he won during these nine years, Cristiano Ronaldo has also been an example of dedication, work, responsibility, talent and constant improvement.”

Ronaldo is seen as vital for the Turin club’s quest for a first European crown since 1996. Ronaldo, of course, has won five, including back-to-back-to-back triumphs with Real.

Real's first season without Ronaldo was something of a disaster. Los Blancos lifted the FIFA Club World Cup, but they finished third in LaLiga and were shocked by Ajax in the UCL Round of 16.

Ronaldo helped Juventus to its eighth straight Serie A title, but the club was dumped out in the quarterfinals of the UCL (also by Ajax) and the Coppa Italia.