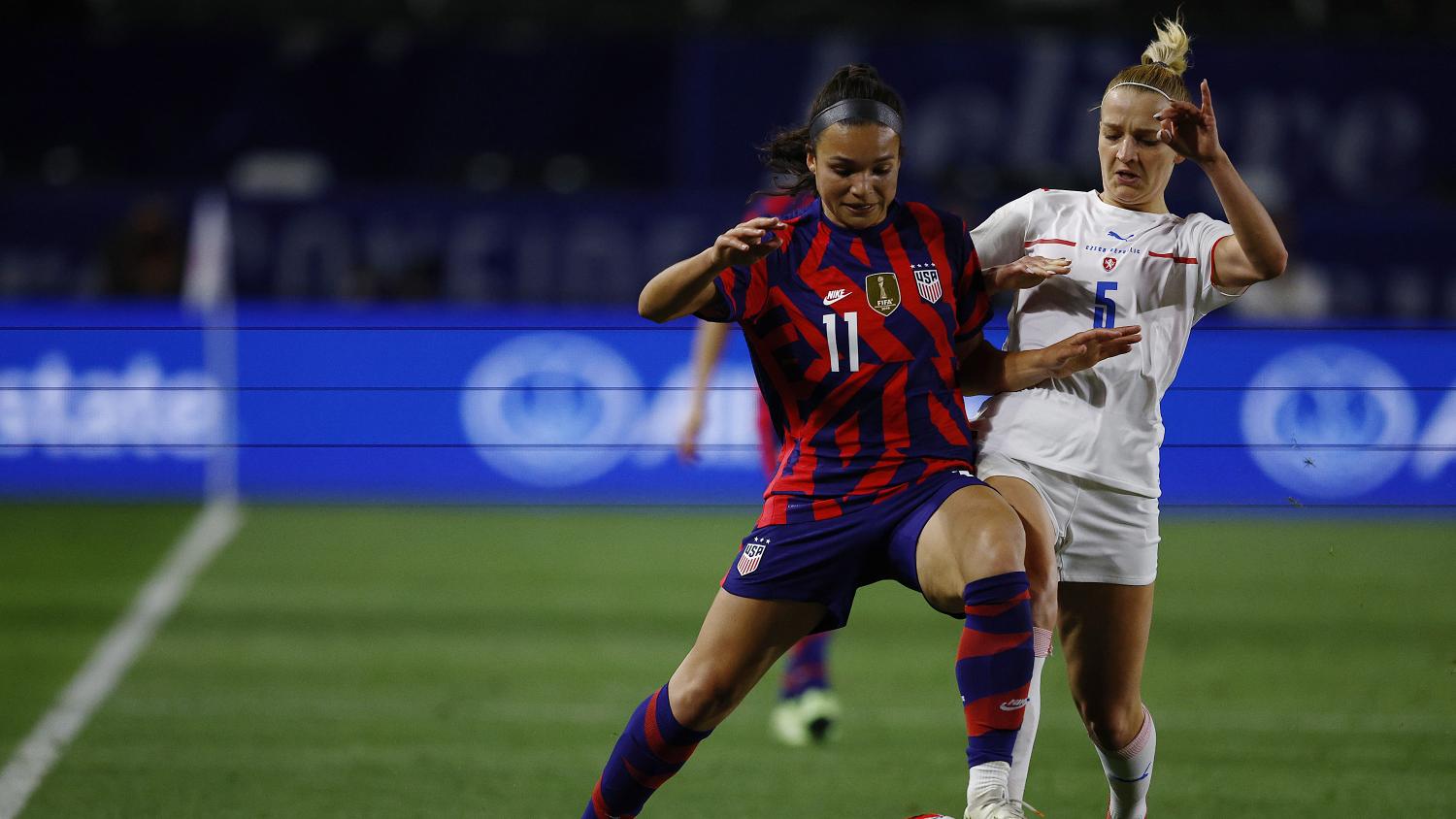 The USWNT unveiled its squad that will play Uzbekistan in a pair of April friendlies.
Getty Images

If you just look at the opponent, the USWNT’s April friendlies against Uzbekistan are likely to be fairly drab. Matches against the 48th-ranked team in the world in Ohio and Philadelphia, on the face of it, don’t really kindle much enthusiasm. But the April USWNT roster makes it clear: This is the final chance for some young players to earn a spot on the team at World Cup and Olympic qualifying this summer in Mexico.

Vlatko Andonovski unveiled his latest USWNT roster on Tuesday for April training camp and friendlies against Uzbekistan on April 9 and 12. Once again, many of the team’s veterans have been left off, the U.S. instead choosing to stick with youth with just a few matches left before a big summer of qualifying.

Here we come, Columbus and Philly!

For a team that has for years been built around an experienced core, just two players with more than 100 appearances were selected: Kelley O’Hara (150 caps) and Lindsey Horan (108). It follows a recent trend since the end of Carli Lloyd’s farewell tour last fall in which the U.S. has slowly integrated younger players to freshen up for the 2023 Women’s World Cup cycle. The U.S. travels to Mexico to take part in the Concacaf W Championship in July, which will serve as both World Cup and Olympic qualifying.

Andonovski has chosen to not select stalwarts like Alex Morgan, Megan Rapinoe, Becky Sauerbrunn, Tobin Heath and Christen Press. Julie Ertz is unlikely to play this season. Lynn Williams and Tierna Davidson just suffered season-ending injuries with their clubs. Crystal Dunn is out while pregnant.

The only goalkeeper with national team experience is Alyssa Naeher, likely to remain the No. 1 throughout the upcoming WWC cycle. Three USWNT players are older than the country of Uzbekistan, which declared independence from the USSR in September 1991.

The only players on this current USWNT roster who seem locks to make the squad come July are Naeher, Horan, O’Hara, Abby Dahlkemper, Sam Mewis and Rose Lavelle. Catarina Macario and Mal Pugh seem like good bets, but after that it’s anyone’s guess.

And that’s what makes this USWNT roster interesting — young players being given a chance to show they belong at the top level of international football. Many of them were given an opportunity at the SheBelieves Cup in February, and this is likely their final chance to impress Andonovski. The USWNT will play another set of friendlies prior to the Concacaf W Championship, but those matches will likely be treated more as warmups than tryouts.

I think a lot of USWNT fans will be interested in seeing Rodman given her first international start after coming off the bench twice in the SheBelieves Cup. The teenager became the highest-paid NWSL player ever in February and hasn’t been afraid to mix it up with USWNT veterans on social media, including a recent Twitter spat with Ashlyn Harris, who is not on this team, nor is her wife Ali Krieger.

While every player on this USWNT roster has received a call-up before, three have yet to receive their first cap: goalkeeper Aubrey Kingsbury (formerly Bledsoe), keeper Bella Bixby and defender Girma.