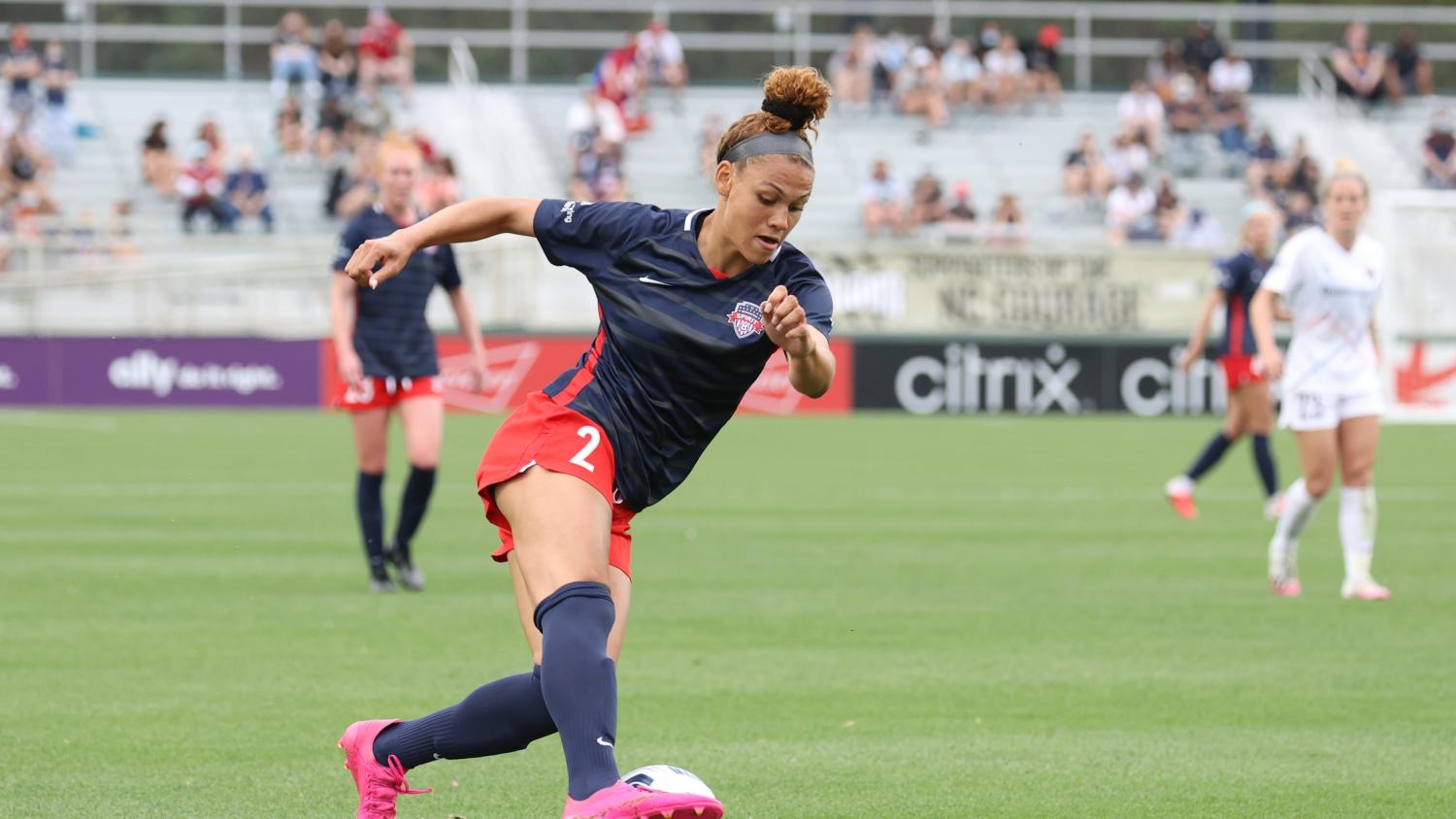 The Washington Post reported the deal is with more than $1.1 million over four years.
Getty Images

Trinity Rodman was a revelation in 2021. Now the 19-year-old is becoming one of the highest paid women's soccer players in NWSL history.

After leaving Washington State without kicking a ball, Rodman was taken No. 2 in the NWSL draft by the Washington Spirit (the other Washington), the youngest player ever drafted at 18. She was named NWSL Rookie of the Year and U.S. Soccer Young Female Player of the Year in 2021 after helping the Spirit win the NWSL Championship.

On Wednesday, the 19-year-old was rewarded with what is believed to be the richest deal in NWSL history. The Washington Post reported Rodman signed a four-year deal with more than $1.1 million.

From what I've been able to piece together, Trinity Rodman will not be the highest-paid player in NWSL this year, but salary will rise exponentially over length of deal. It's three years' guaranteed with a club option, which, for technical reasons, will be exercised this year.

Anyone who watched Rodman play at all last season knows how talented she is. The daughter of former NBA bad boy Dennis Rodman, Trinity is a forward who can do it all, whether it’s creating offense, running at defenders, making that killer final pass or finishing with aplomb. Rodman led the league with seven assists to go with seven goals.

Despite her talent, Rodman has yet to make her senior USWNT debut. She had an opportunity in November but turned down an invite to go to Australia for a pair of friendlies. Reports have suggested it’s because Rodman was not vaccinated, which is required to enter Australia. Rodman was included in the recent 26-woman January camp in Austin and is likely to figure into coach Vlatko Andonovski’s plans for the SheBelieves Cup later this month.

Rodman’s mega deal was made possible in part by the new NWSL CBA, which was agreed to hours before players reported for preseason training on Tuesday. The new CBA requires a minimum salary of $35,000, the first time that number has risen above a living wage. The maximum salary for a player is $75,000, but teams are able to use allocation money to increase individual salaries.

Though the $1.1 million amount is large, Rodman will not be one of the highest paid women's soccer players just yet. The Washington Post’s Steven Goff reports her contract will grow exponentially over the next few years. Interestingly, the deal is technically for three years with a club option for a fourth, but the club is exercising that option for 2022.

Rodman’s previous contract, per the Post, averaged to $42,000 per year over three years when including housing and other bonuses. While similar to other players of her experience, it was well above the minimum of $22,000 before the new CBA. Previously, many NWSL players were forced to take side hustles to support themselves as professional athletes. The NWSL Rookie of the Year before Rodman, Bethany Balcer, was rewarded with an insulting $50 Chipotle gift card. The new CBA has increased player bonuses.

It’s imperative to the NWSL’s growth that salaries increase. The league has lost a number of star players to European leagues where there are no salary caps. Sam Kerr left the league for Chelsea in Nov. 2019 for a reported $410,000 over two-and-a-half seasons, taking her at or near the top of the list of highest paid women's soccer players with a number comparable to Rodman’s deal.