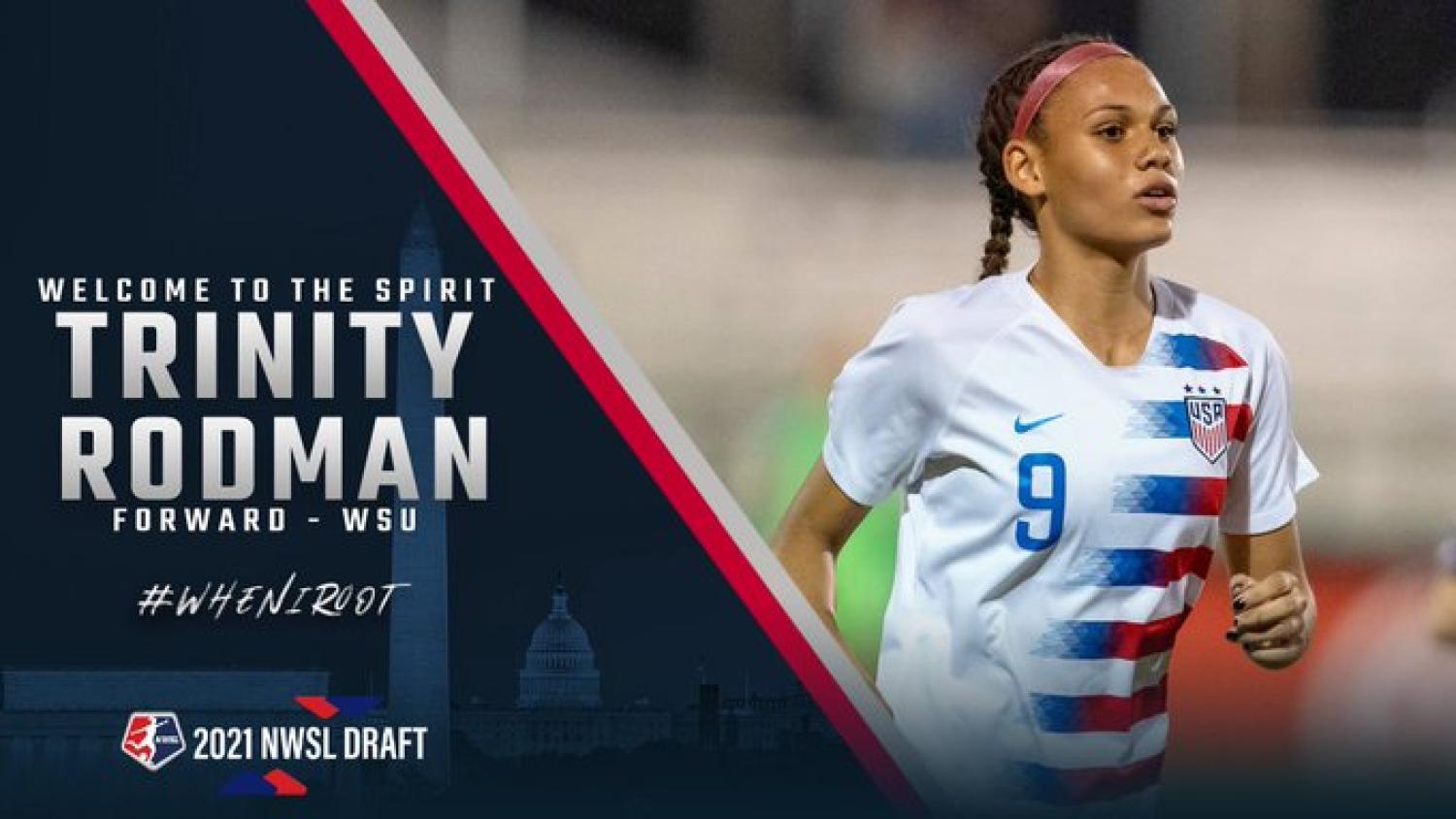 Another member of the Rodman family could be headed for the athletic spotlight.

The Washington Spirit selected forward Trinity Rodman with the No. 2 overall pick in the National Women's Soccer League draft on Wednesday. Rodman, 18, is the daughter of Basketball Hall of Famer Dennis Rodman.

The younger Rodman was due to play for Washington State before the last college soccer season was wiped out due to the coronavirus pandemic. She has played on the U.S. national under-20 women's team, and she helped lead that squad to the CONCACAF championship in March 2020.

"To even just be in the draft with my situation and my age is insane, but to be No. 2 to an amazing team is out of this world, like I couldn't ask for anything more," Rodman said, according to ESPN. "D.C. has just got an awesome program, awesome team. The coach (Richie Burke) is amazing. I've talked to him a couple times. I know he's a hard head coach, but I'm so excited to be his player and learn and get better."

She said regarding her father, "He was an amazing athlete, and I got those genes from him, but I'm excited to be known as Trinity Rodman and not just as Rodman's daughter. I'm excited to pave my own path and get better throughout this journey."

Expansion team Racing Louisville used the first overall pick in the draft on a member of the full U.S. women's national team, Emily Fox. The 22-year-old defender played at the University of North Carolina and has made three appearances for the USWNT.