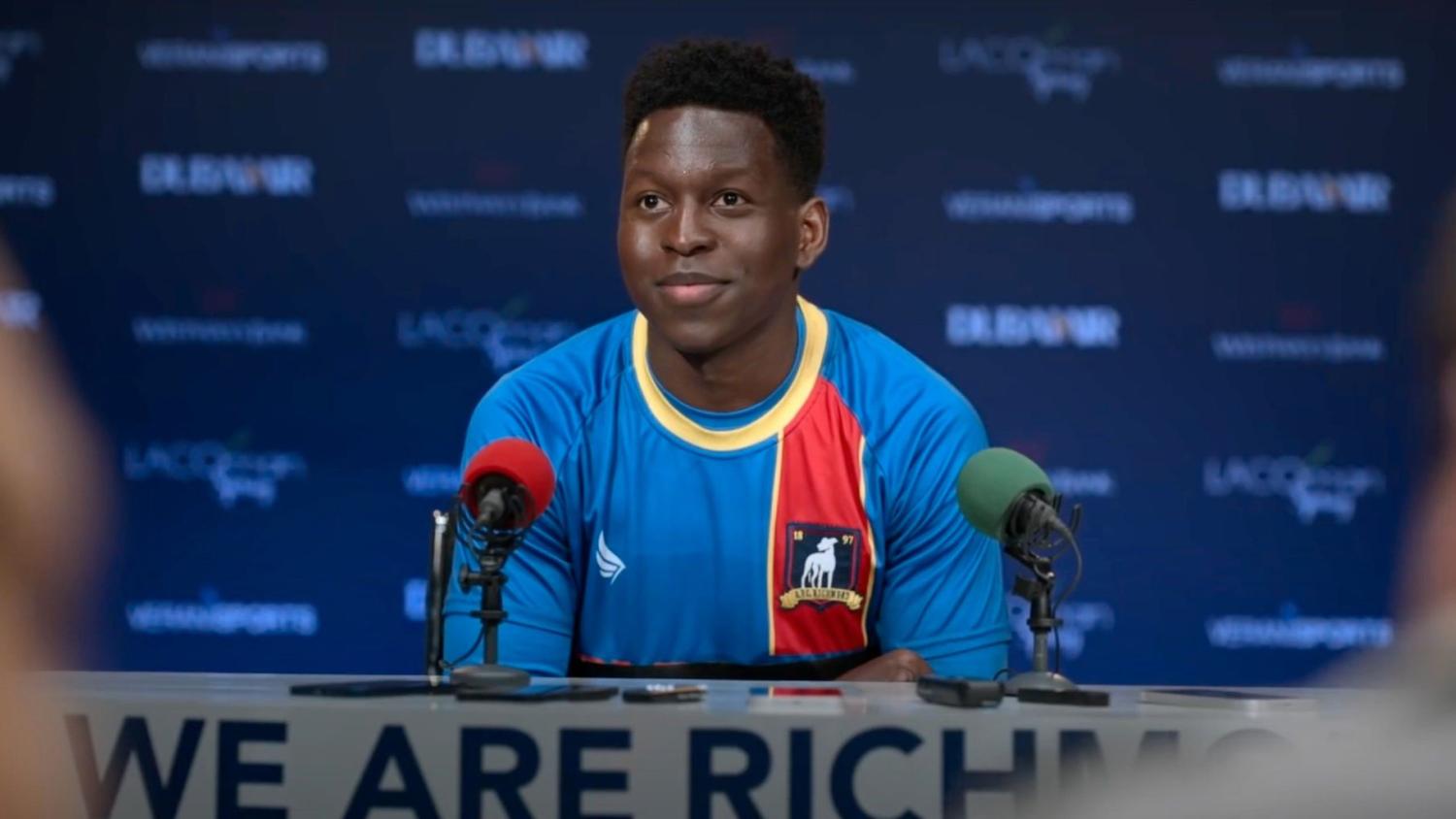 I’m with Nora; I’ve got a huge crush on Sam Obisanya.
Twitter

I love Sam Obisanya. I know, he’s a fictional character, but the world could use more footballers like Sam.

Sam Obisanya is a member of Ted Lasso’s AFC Richmond Greyhounds in “Ted Lasso,” the only reason anyone subscribes to Apple TV+. Obisanya, like most everyone on the show, is a lovable figure, but there’s something about him that stands out, even with the likes of the obsessively optimistic Ted Lasso and the infectious Dani Rojas.

Played by Toheeb Jimoh, Obisanya is a young Nigerian footballer who goes from fringe defender to influential midfielder/winger in Lasso’s first season in charge. While not a major figure throughout the first season, he was the star of the third episode of Season 2, which was released Friday and was the best episode of the new season so far.

#TedLasso’s new episode is truly a standout this season. It’ll have you falling even more in love with Sam Obisanya, and leave you thinking about its message long after you’ve watched it. pic.twitter.com/mIwvclZ2PU

In the latest episode “Do The Right-est Thing,” Obisanya becomes the face of a new advertising campaign for Richmond’s primary sponsor, Dubai Air. This, of course, is a fictional company (though many people are Googling if it’s real). It is a clear play on companies like Emirates airline, Qatar Airways or flydubai, companies that have been accused of using their countries’ outsized oil money to influence the footballing world.

Upon learning Dubai Air’s parent company is responsible for polluting his native Nigeria, Obisanya did what few are brave enough to do. He educated himself on the matter (and by educate, we don’t mean watching questionable YouTube videos or falling victim to misinformation campaigns or conspiracy theories) and then took a stand, asking to be taken off the ad campaign.

Obisanya then took it a step further, putting tape on the front of his jersey to cover the sponsor’s name before a match. The rest of the team joined with him in solidarity, and after the match Obisanya openly accused the Nigerian government of corruption.

Love to see it. #TedLasso pic.twitter.com/zEMTs6L7jo

While many sports fans would prefer athletes just shut up and dribble, Sam Obisanya is representative of the many athletes who refuse to be silenced, using their platform to bring awareness to issues important to them, whether it’s calling out an environment-destroying corporation or pointing out systemic inequalities in society.

We need more athletes speaking out against companies destroying the environment, because if we as a species fail to slow down climate change, we won’t be able to enjoy sports for much longer. Sports have long been intertwined with social issues, making Obisanya infinitely believable as a character. Athletes have also used their platform to go against social justice, which is fair, though they should be prepared to be called out for it when they do.

Is there a risk to speaking out like Sam did? Without a doubt. In “Ted Lasso,” had Richmond’s owner Rebecca Welton not backed Obisanya, he’d have been kicked off the team under pressure from owner of Dubai Air’s parent company, a creep of a man and one of the rare pure villains on the show.

In the real world, footballers face harassment for speaking out, potentially losing their jobs, endorsements or fans. Just look at all the hate the USWNT has received just for standing up for human rights, or worse, how Colin Kaepernick was blackballed out of the NFL for bringing attention to police brutality in America. But their bravery helps bring progress to society.

“Ted Lasso” is fiction, and we’re allowed the catharsis of the good-willed young man succeeding in his protest. It’s an inspirational, feel-good moment, and one Jimoh completely supports outside of the series, having said athletes should never shut up and dribble.

Always happy to meet a fan, next win is for Nora. ❄️ ☃️ pic.twitter.com/zNnm0qEgyP