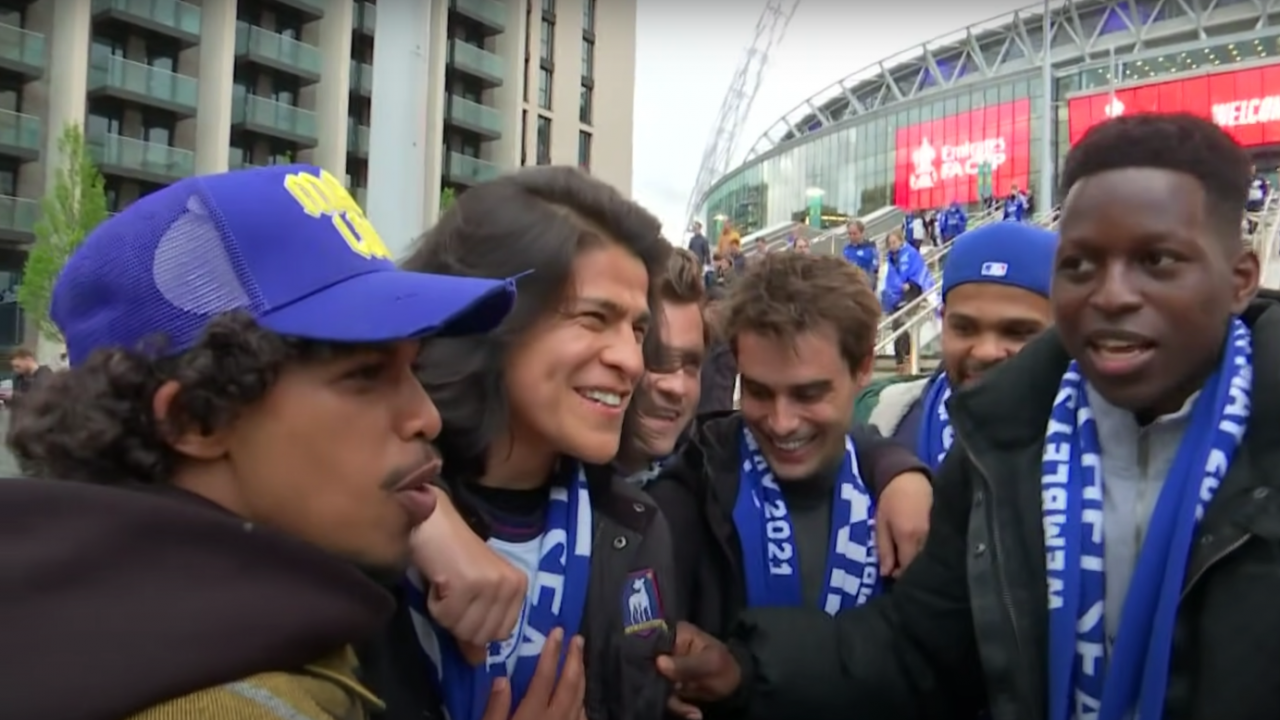 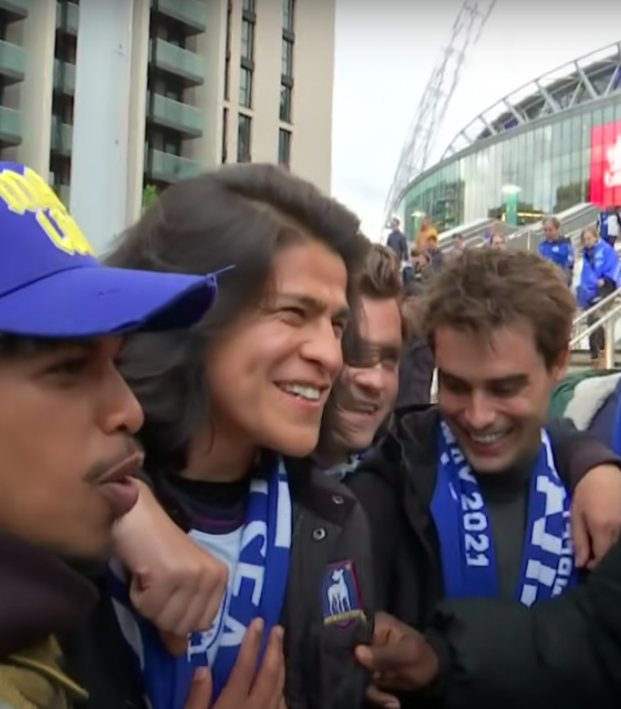 Ted Lasso continues to steal our hearts, even when Jason Sudeikis isn’t around. The recent exploits of Lasso’s AFC Richmond caught the eye of an oblivious reporter, and many people are actually wondering: Is Dani Rojas real?

Rojas, the starlet who captivated as AFC Richmond’s Mexican striker last year, was spotted with his Richmond teammates outside Wembley Stadium after Saturday’s FA Cup final. Asked to do an interview by a local reporter, the entire squad joined in to promote the lad.

What ensued was part of why we love AFC Richmond so damn much and will maybe even make you believe Dani Rojas is a real soccer player.

I believe in believe.

Anyone who reads The18 regularly knows “Ted Lasso” on Apple TV+ was our favorite TV show of 2020. Sudeikis, reprising his role as the clueless American football coach brought to England to coach in the Premier League (made famous in commercials for NBC), charmed his way into our hearts as Ted Lasso, coach of fictional club AFC Richmond.

The series was wildly popular among those who actually could figure out what exactly Apple TV+ is. Season 2 is slated to premiere July 23 and we cannot wait (watch the trailer here).

But not everyone knows about the show and its lovely cast of characters.

Reporter Chris Skudder, outside Wembley to get fan reaction after one of the first matches in England to allow fans all year, gathered half-a-dozen Richmond players for a TV interview. Each actor remained in character for the entire interview.

Now you can see why people are actually Googling: “Is Dani Rojas a real soccer player.”

We hate to break it to you, but Dani Rojas is not a real soccer player. He has no TransferMarkt page, the true arbiter of whether someone is a footballer. Dani Rojas is just a fictional character played by actor Cristo Fernández.

Fernández played along with the rest of his teammates/fellow actors with Skudder. Sam Obisanya (Toheeb Jimoh in real life) was the focus of the interview but made sure to introduce Rojas as coming from Mexico (Fernández was born in Guadalajara). Eventually, the players sang Rojas’ song and either the reporter was a really good sport or completely clueless. It was all great fun for fans of the show.

Fernández even tried to work AFC Richmond into the interview at one point when asked who he supports, though he was mostly drowned out by his teammates.

“We support the Greyhounds too,” Rojas/Fernández said, referring to the nickname of AFC Richmond.

It all made us just want to watch Season 2 of Ted Lasso even more. The heartfelt comedy returns July 23. Until then, you can watch Ted Lasso and Coach Beard (in character) play FIFA against Trevor Noah.