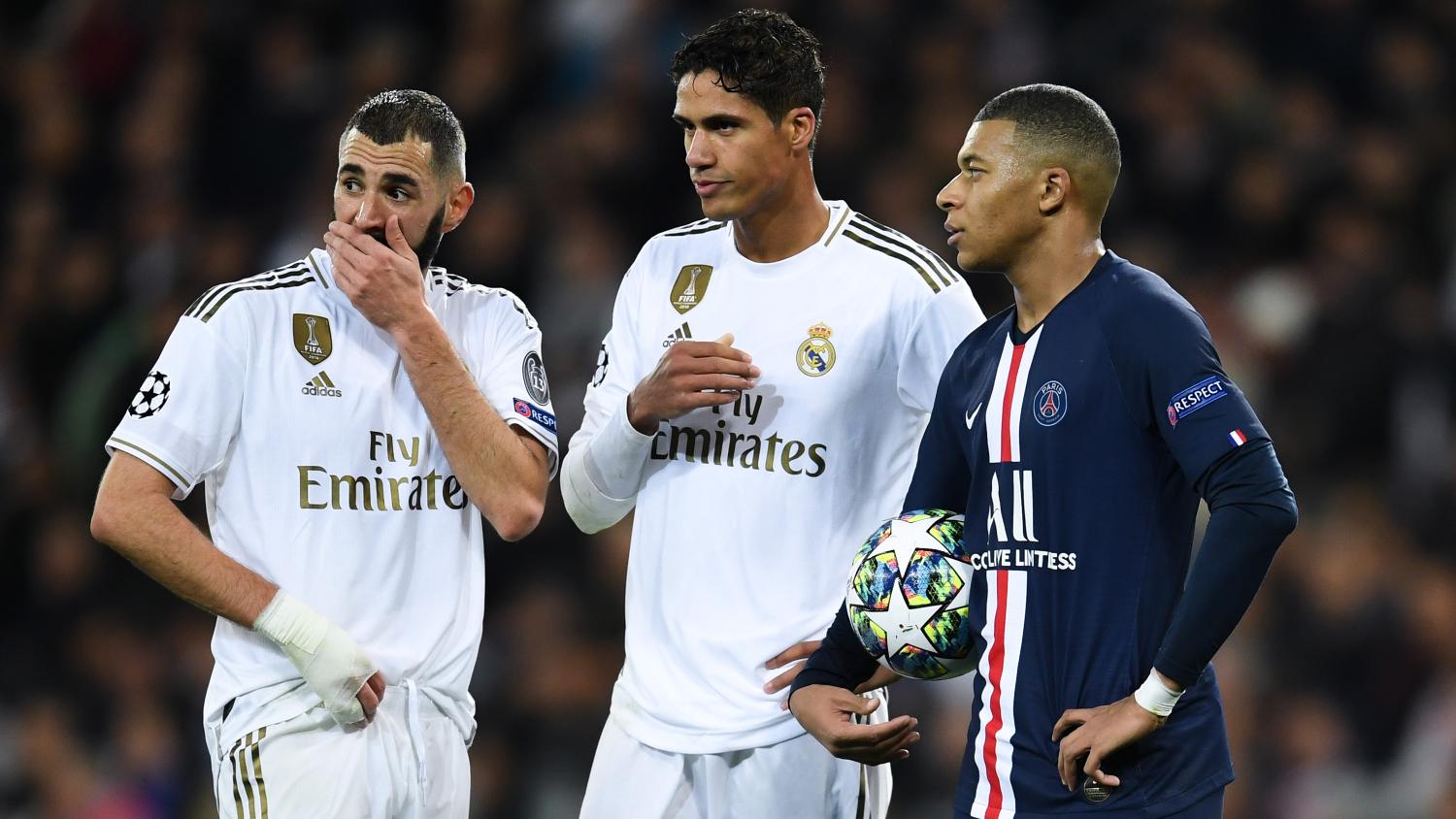 Mbappé made his France debut in 2017, while Benzema hasn’t been called upon since 2015.
Getty Images

PARIS - Kylian Mbappé said he is delighted at the prospect of teaming up with Karim Benzema in the French side at next month’s European Championship.

Real Madrid striker Benzema was included in the squad on Tuesday after he and coach Didier Deschamps resolved their differences. His return ended a six-year absence from the French team, including missing out of their World Cup triumph in Russia in 2018.

“I'm very happy, I've always said I wanted to play with great players," Mbappé said Wednesday’s French Cup final, where he set up the first goal and added another in Paris Saint-Germain's 2-0 win over Monaco at the Stade de France.

KYLIAN MBAPPE pairs his earlier assist with the goal that may put @PSG_English's hands on the #CoupedeFrance trophy! 2-0 over @AS_Monaco_EN.#ASMPSG on beIN SPORTS pic.twitter.com/GhwCLgmwjt

"There are not a lot of top players in the world better than Benzema."

Benzema, who has scored 29 goals in all competitions for Real this season, has not played for Les Bleus since 2015 after a blackmail scandal over which he faces a trial in October. He also said in 2016 that Deschamps had "bowed to the pressure of a racist part of France" when leaving the forward out of the Euro squad that year.

But Mbappé said he was all for the return of Benzema.

“He played in Madrid for 10 years. The pressure, he knows, he has the experience, he has the talent above all,” Mbappé added. “It's easy to adapt with the big players. So, I'm sure we will all adapt very quickly."

How to clear a ball, Mbappe style pic.twitter.com/9BT7VelQGz