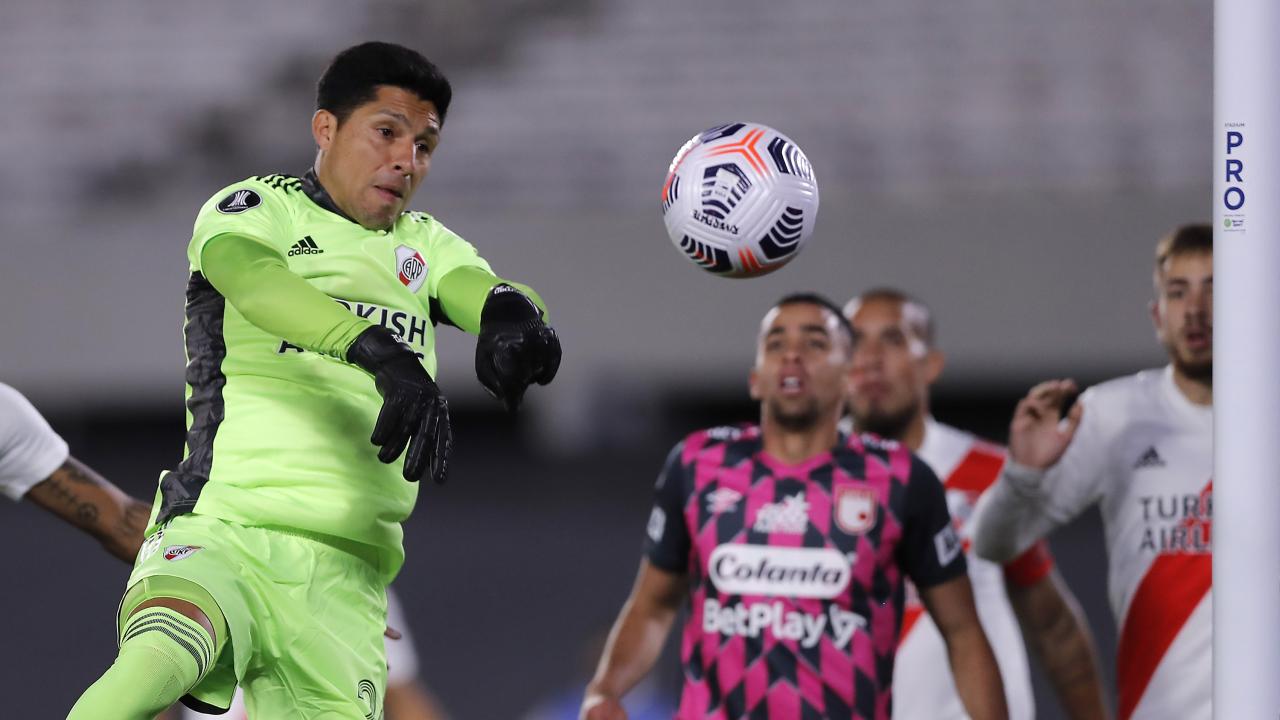 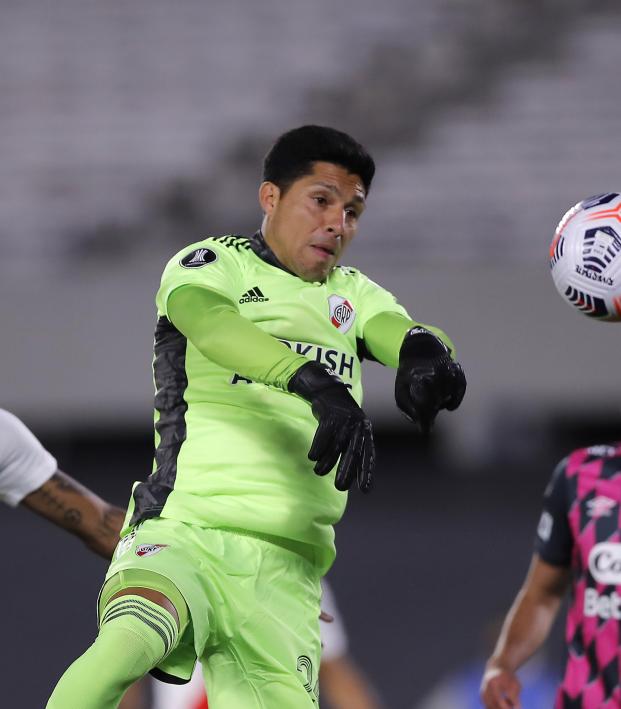 BUENOS AIRES - A COVID-19 outbreak and injury problems saw River Plate face Colombia's Santa Fe with midfielder Enzo Pérez playing in goal and no substitutes on the bench but the Argentines still emerged with a 2-1 win in Wednesday’s Copa Libertadores game.

With novel coronavirus cases surging in Argentina, River had 20 players test positive and others were injured, reducing their squad to 11 fit players for the match in Buenos Aires.

Four goalkeepers were among those affected but a request to register their fifth and sixth-choice goalkeepers was rejected by the South American Football Confederation (CONMEBOL).

Veteran midfielder Pérez started in goal behind an inexperienced team but was rarely troubled by Santa Fe, who have yet to win in this year's Libertadores, the South American equivalent of Europe's Champions League.

Kelvin Osorio spoiled Pérez’s bid for a clean sheet when he scored after 73 minutes for Santa Fe, who introduced 15-year-old Hollman McCormick to the action late on.

River held on to secure the win and go top in Group D, with nine points from five games.