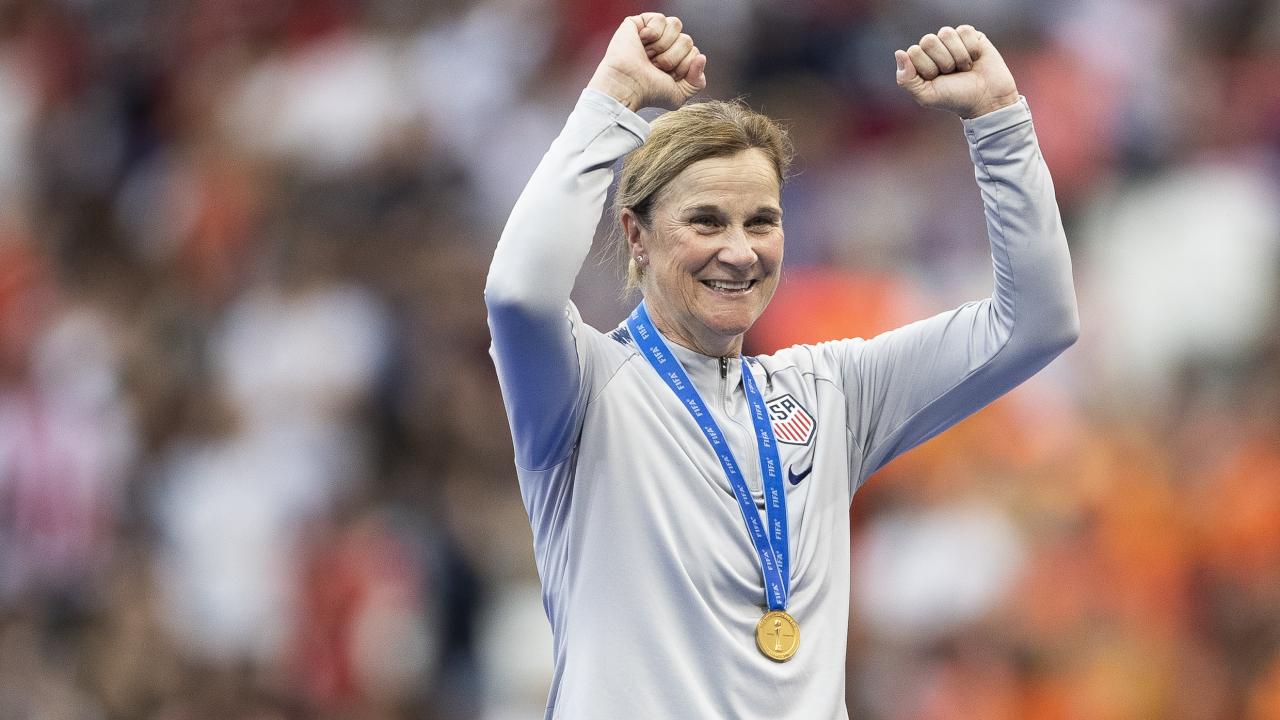 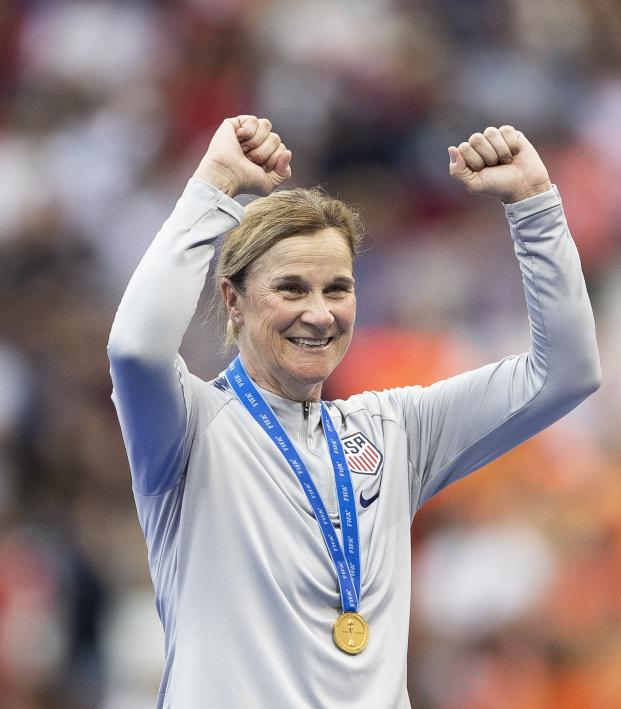 Jill Ellis’ Next Job Should Be In The Men’s Game

Jill Ellis announced Tuesday she will resign from the USWNT after the team’s Victory Tour ends in October, bringing to an end the most successful reign in the history of women’s soccer coaching.

Jill Ellis has accomplished just about all there is to accomplish in women’s soccer, this summer becoming the first coach to win back-to-back Women’s World Cup titles. She’ll likely step down as the winningest coach in the history of the winningest team in sports history. Ellis currently has 102 wins for the USWNT, three shy of Tony DiCicco’s team record. With five matches on the Victory Tour this fall, it would be a bit of a surprise if Ellis didn’t hit at least 105 wins. She’ll probably pick up a FIFA Best award along the way.

So then: What next for Ellis, a 52-year-old coach who has won World Cup titles and spent decades coaching women’s college soccer in the U.S.?

Coach a men’s team, of course.

Ellis will serve as a U.S. Soccer ambassador for a year, no doubt having earned that cushy job through her coaching successes. After that, there isn’t much left for Ellis to accomplish in the women’s game.

Ellis could go back to coaching in college, maybe nab a job with an NWSL club (what team wouldn’t love to have her?) or take on the challenge of facing the U.S. in international competition with another country. She could follow the lead of former USWNT coach Pia Sundhage, who took over her home country’s national team before beating the U.S. in the next Olympics. I don’t think anyone could suggest Ellis wouldn’t be a better coach for England than Phil Neville.

But if Ellis really wants to silence the doubters — and there are many — she should try her hand at coaching a men’s team.

Ellis has faced criticism at every step in her USWNT career. Though she won the 2015 Women’s World Cup a year after being hired, the 2016 debacle — a loss to Sweden in the Olympic quarterfinals — led many to question her acumen and some players to actively seek her removal. Before the start of the 2019 Women’s World Cup, Hope Solo renewed her rivalry with Ellis, saying the USWNT succeeds despite Ellis, not because of her.

Winning a second straight Women’s World Cup — and in dominant fashion — should quiet many of those detractors, but they undoubtedly remain. No matter who coaches the USWNT, there will be questions as to whether it is the strength of the players or the quality of the coaching that is more important.

There’s one way to shut those doubters up — for good — and that’s to lead a men’s team to success.

Ellis coaching a men’s team wouldn’t be without precedent.

In America, there have been women’s coaches in a variety of men’s pro sports, primarily basketball but also American football and baseball. Becky Hammon and Nancy Lieberman were trailblazers in basketball while Katie Sowers broke barriers by becoming an assistant coach for the NFL’s San Francisco 49ers.

But what about MLS? Major League Soccer is always out to raise its profile, and what better way than to hire the first woman to head coach a top-tier men’s soccer team?

I can think of a few MLS franchises that could be greatly improved by having Ellis come on board as a head coach. The Colorado Rapids have an interim coach in Conor Casey who once said he doesn’t even like MLS; surely the last-place Rapids could do better with Ellis — it’s at least worth a try.

Or what about the USMNT? It doesn’t take a footballing genius to realize the USWNT is far superior to the USMNT. Doesn’t it make sense to hire the most successful USWNT coach of all time to at least see if she can help the men’s team? She couldn’t have done any worse than Jurgen Klinsmann and Bruce Arena in the last World Cup cycle. And while it’s too early to pull the plug on Gregg Berhalter (especially after U.S. Soccer took forever and a year to hire him), bringing Ellis on as an assistant could be a good start.

While men’s soccer and women’s soccer have slight differences, they are the same sport at the core. Just as with the women coaching in the NBA or NFL, there is no reason more women shouldn’t be coaching in men’s soccer. Experience playing the game helps, but Ellis has shown it’s not everything — she never played soccer past college.

Soccer in general needs more women coaches, whether coaching men or women. There is a disheartening lack of female coaches even in the women’s game. Much of this is due to the fact that the biggest centers of footballing knowledge (Europe particularly) didn’t even allow women to play the sport for decades. But even in the U.S., which had a head start thanks to Title IX, there is just one female head coach in the NWSL.

Ellis, while British, is a product of the American soccer system, having only begun playing after she moved to the U.S. at the age of 15 (England didn’t allow girls to play organized soccer in the 1970s).

Ellis has even mentioned an interest in coaching a men’s team. According to the LA Times, she recently earned her pro coaching license, impressing MLS coaches who took the course with her in the process.

At 52, Ellis has plenty of coaching ahead of her. With her ambassadorial role, she has time to pick the right team to continue her career. She’ll never live up to her success of winning two World Cups if she stays in the women’s game, but she has a chance to be a real trailblazer if she can find a position in the men’s game.