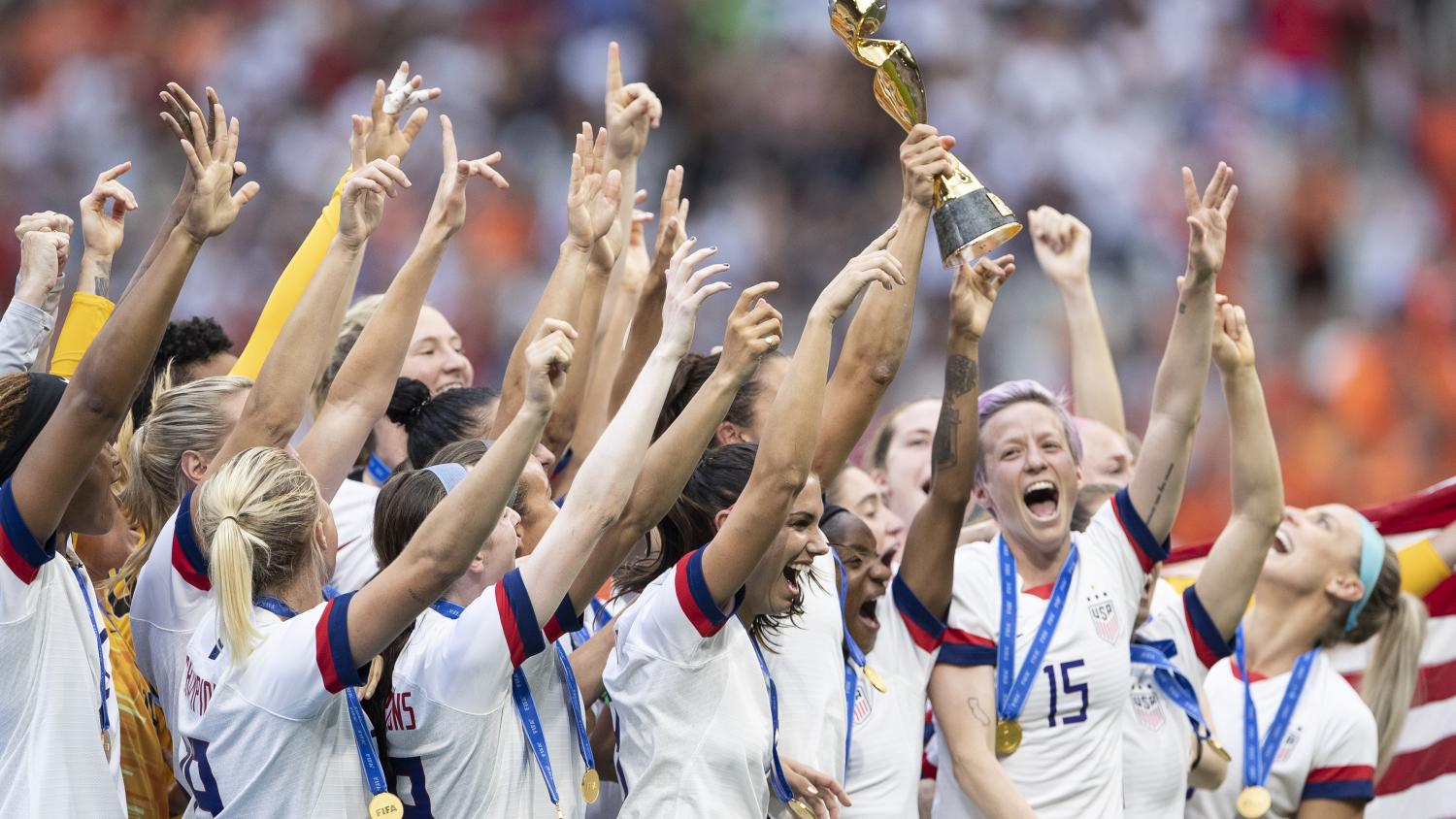 After completely failing with the Champions League, Turner Sports is trying to get back into soccer.
Getty Images

It’s hard to remember a time when ESPN and Fox didn’t dominate the U.S. soccer TV landscape. The two have aired every World Cup since 1994 and have been the consistent home for U.S. women’s and men’s national team games over the last decade. That era is ending, though worry not, it won’t change too much.

The U.S. Soccer Federation announced the sale of its the English-language broadcast package rights to Turner Sports and HBO, which would go into effect at the end of 2022. The eight-year deal was first reported by Grant Wahl, later by The Athletic and made official Tuesday afternoon.

US Soccer is coming to Turner Sports and HBO Max

“This is a significant milestone for Turner Sports and WarnerMedia, further demonstrating our commitment to the distribution of premium live sports content on HBO Max, while simultaneously fueling our leading entertainment networks, digital and social assets,” said Lenny Daniels, President, Turner Sports. “We’re excited to spotlight one of the most popular women’s teams in the world, along with an ascending men’s national team, over the eight years of this agreement. This partnership offers us an opportunity to engage with their avid, young and diverse fan bases through all of our Turner Sports and Bleacher Report platforms.”

Make no mistake, this is the end of an era. ESPN and Fox have long been the primary outlets for American international soccer, whether it’s World Cups, Concacaf qualifiers or friendlies. But there’s increased competition for sports media rights these days, and that’s not necessarily a bad thing. Plus, these rights include fewer matches than previous USSF deals.

U.S. Soccer is no longer involved with Soccer United Marketing, which in the past negotiated MLS TV rights into the USSF deals (but not NWSL).

Here’s what is included in this U.S. Soccer TV deal for English-language content:

Here’s what isn’t included in the new deal:

Additionally, it should be noted the USMNT will not have to qualify for the 2026 World Cup as co-host. Qualifying for the 2023 Women’s World Cup and Olympics are this summer and won’t be under this new deal.

Fox owns the English-language U.S. TV rights to the next three World Cups (2022, 2023, 2026), the last of which was given to Fox under somewhat shady circumstances with no outside bids allowed as FIFA essentially apologized to Fox for moving the 2022 World Cup to the winter.

So basically, Turner and HBO are getting a few friendlies and not too much more. CBS recently obtained the rights to Concacaf World Cup qualifiers for away matches, though again those will be of little interest to American fans for the 2026 tournament.

Turner and HBO might not be done, however. MLS is negotiating its new TV rights deal, expected to be announced in April, with Turner and HBO reportedly bullish on breaking into the domestic soccer market, made more appealing by the new Leagues Cup.

Turner and HBO are both under the same WarnerMedia umbrella. U.S. matches will be available on TNT and TBS on TV and streaming on HBO Max, according to WarnerMedia. HBO Max is an intriguing entry into the soccer media market, giving people a reason to subscribe beyond the 10-week run of their favorite show and/or Last Week Tonight.

The real question will be whether the WarnerMedia entities actually take soccer seriously enough to give the broadcasts their due. The last time Turner Sports had major international soccer was when it broadcast the 1990 World Cup (Ernie Johnson was a studio host). The last time Turner Sports owned any major soccer media rights, they completely fuxed it up with shoddy broadcasts and pathetic streaming services while hiding as much as possible behind expensive pay walls.

Turner Sports owned the English-language Champions League TV rights in the U.S. for less than two seasons (2018-2020), literally quitting in the middle of a campaign and giving the rights up to CBS, which then won a bidding war to retain the rights. While the on-air studio talent wasn’t all bad — Kate Abdo was joined by Americans like Tim Howard, Stu Holden and Maurice Edu — the production values were non-existent and there was hardly any reporting from Europe.

Turner exclusively used the stock British announcers with one exception, when they bizarrely sent Holden to Barcelona with Tottenham superfan Steve Nash to (try to) cover a Spurs-Barça match. While including Nash in studio coverage wasn’t too bad as a celebrity fan, having him attend a match at the Camp Nou and cheer in the press box was an insult to all other American soccer TV broadcasters.

If Turner wants to do a better broadcast for US Soccer than it did for Champions League, it needs to hire producers who have a proven track record in soccer. The on-air talent for Turner’s UCL wasn’t the problem.

One would assume if WarnerMedia is going after U.S. Soccer and MLS media rights it’s finally serious about soccer. Personally, I thought the B/R Live era of the Champions League was the worst time to watch Europe’s premier club competition since ESPN became the first American broadcaster to obtain the rights in 1995.

Honestly, I’m not too thrilled to see U.S. Soccer move away from ESPN and Fox. While I’ve had gripes with both broadcasters (especially Fox), the two are front-and-center when it comes to sports in the U.S., putting USWNT and USMNT in front of mainstream audiences. Casuals will tune in to a Sunday afternoon friendly if they see it on ESPN or Fox, but they won’t know to look for it on TNT or HBO Max.

Time will tell if this is good or bad for American soccer fans.