While MLS Is Struggling, Women’s Soccer TV Ratings Are Soaring 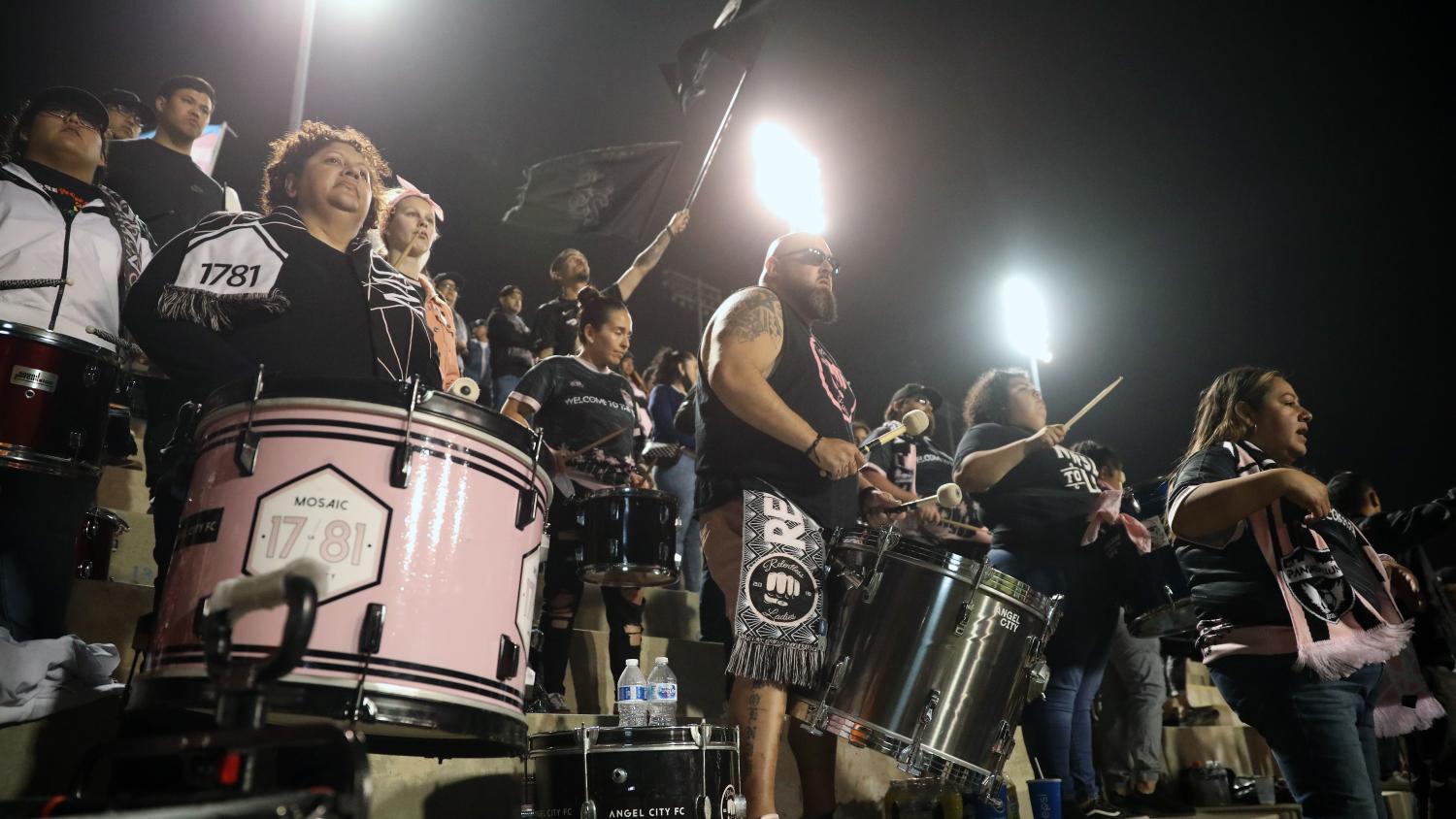 The NWSL put up a huge number for its first national broadcast of 2022.
Getty Images

CBS broadcast the Challenge Cup match between expansion clubs San Diego Wave FC and Angel City FC on Saturday, putting the NWSL front and center. The fans followed, with nearly half a million viewers tuning in for the first Challenge Cup match on TV in 2022. The latest NWSL TV ratings, when the games are put on CBS and not hidden on Paramount+, are impressive, far more so than MLS TV ratings in 2022.

For the past weekend, as European men’s clubs returned to action after the international break and the Challenge Cup played its final matches before the women’s international break, soccer TV ratings were eye-opening. The Premier League, unsurprisingly, led the way with five of the top six broadcasts, but sandwiched in between was the San Diego-Angel City match with 456,000 viewers.

Considering the NWSL championship game in 2021 drew 525,000 viewers on CBS, that’s quite a haul for what is essentially a preseason game between two teams that didn’t even exist last year. It certainly helped to have an entertaining match with goals from two of the league’s biggest stars Alex Morgan and Christen Press.

To put those NWSL TV ratings into context, the only MLS match with more viewers this season was the Charlotte FC-LA Galaxy game on March 5, which drew 475,000 on FOX. To compare the NWSL audience on Saturday to the weekend’s top soccer games, Leicester City-Manchester United led the way with 608k, Newcastle-Tottenham drew 573k and Brentford-Chelsea averaged 463k viewers. The NWSL had more viewers than Everton-West Ham, Watford-Liverpool and Portugal-North Macedonia, a massive World Cup qualifier for Cristiano Ronaldo.

The top MLS game from the weekend? Portland Timbers vs. LA Galaxy, a great matchup that could only draw in 123,000 viewers on FS1. That same week, Barcelona shattered the women’s soccer attendance record with a packed house at Camp Nou, a mark that will be threatened when the Barça women host Wolfsburg in the Champions League semifinals later this month, with a sellout already announced.

The weekend before, women’s soccer also drew a larger audience than MLS, except it was the FA Women’s Super League. The Manchester United and Everton women averaged 484,000 viewers on NBC, about twice as much as the best MLS game, Portland vs. Orlando on ESPN (245k).

The highest-rated soccer match of the week March 21-27 was the World Cup qualifier between the USMNT and Panama on Sunday evening on FS1, which averaged 1,036,000 viewers. While MLS TV ratings aren’t as doom and gloom as some have reported, they’re down across the board to start the season — there has been no World Cup-year bump, at least not yet.

A couple of quick caveats: This TV ratings data is for English-language only TV broadcasts; Spanish-language broadcasts TV ratings are not included unless specified, nor are streaming numbers. Additionally, CBSSN, which aired the USMNT-Mexico and USMNT-Costa Rica World Cup qualifiers in March, is not Nielsen rated, so we have no data for those matches; CBS has not made its data public. We do know the USA-Mexico game drew 2.96 million viewers on Univision and TUDN on March 24 and the same match in November had 1.3 million viewers on ESPN2.

What does all of this data tell us? If major networks actually put women’s sports on TV at times people are actually watching TV, the viewers will be there. If broadcasters put as much time, effort and money into promoting women’s sports — and do so for the decades in which women’s sports were all but ignored — they would prove to be highly successful, perhaps more so than many men’s sports. Case in point: The NCAA women’s basketball final on Sunday drew the largest audience in nearly two decades as ESPN promoted the entire tournament throughout its three weeks and put the title game on multiple channels, including one feed that featured Megan Rapinoe, with incredible results.

Major League Soccer, in its 27th season, is currently negotiating a new TV rights deal. Initial reports suggested the league wanted to bring in $300 million per year, more than three times its previous deal of $90 million. While the final number is likely to be closer to half that $300 million, MLS is ambitious with its rights package, as well it should be given the ever-improving product on the pitch.

In comparison, the NWSL’s current media rights deal is worth about $1.5 million. While there are fewer teams and thus fewer matches to sell, there’s no way anyone can tell me MLS is 60 times more valuable as a TV property than the NWSL. TV companies just need to realize the audience is there, market the game and allow it to reach its full potential.

Now if we could just ensure all of these matches are played at stadiums appropriate for professional soccer to avoid silly Twitter wars.