MLS Reportedly Wants $300 Million For Its New TV Deal; Does 2022 Viewership Back That Up? 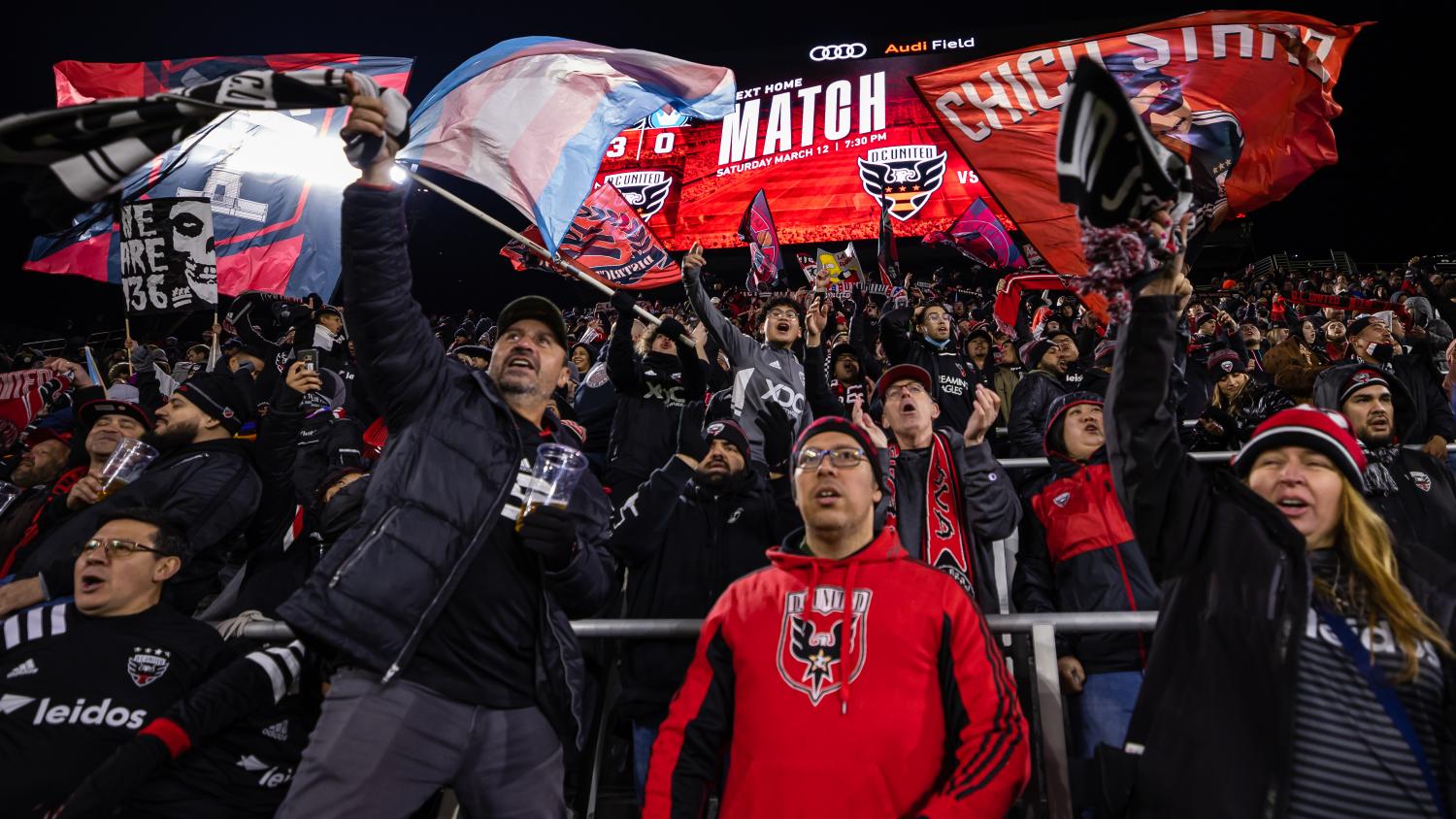 Major League Soccer is in the market for a new TV deal. How much is the league worth?
Getty Images

Major League Soccer is reportedly eyeing a new $300 million TV rights deal, more than triple its previous agreement with ESPN, Fox and Univision. With a deal expected to be announced in April, MLS viewership to open the 2022 season has sparked a debate on just how much MLS TV rights should be worth, and whether MLS can make a major impact on the sports TV landscape ahead of the 2022 World Cup.

Dating back to the now defunct NASL, the biggest challenge for soccer in America hasn’t been getting folks in the seats, it’s getting viewers to watch on TV. The NASL had record attendance in the post-Pelé years, but the league’s TV deal while Pelé played was a disaster, and eventually the league fell apart without an agreement in place to broadcast NASL matches (among other reasons).

Over the decades, we’ve learned American supporters will show up in the stadiums to watch teams that put out an interesting product. The star-studded Portland Thorns regularly lead the NWSL in attendance, and Charlotte FC has one of the worst teams in MLS, but a record 74,479 watched the club’s home opener in person.

With MLS in talks to sign a new landmark TV deal — one sure to be worth far more than its previous deal of $90 million — the Athletic reported on some “underwhelming” viewership to start the 2022 season. A look at the numbers, however, suggests the story isn’t quite as dire as the Athletic made it out to be, but not quite worth $300 million either.

In 2021, MLS had a pretty solid year on the viewership front. The first post-quarantine season saw an average of 285,000 viewers for its national cable broadcasts, up 11 percent from the previous year. The MLS Cup on ABC was one of the most-watched editions not on FOX, and FOX’s Thanksgiving Day broadcast of a Rapids-Timbers playoff game received the highest ratings for a non-final (1.894 million) since at least 2004.

The Athletic tried to produce a doom-and-gloom story about the ratings, but it doesn’t really hold up through three weeks. Nearly a month into the season, MLS viewership is averaging 298,000 viewers for games on ESPN, Fox and Univision, a small-but-not-insignificant increase from 2021. The aforementioned Charlotte-LA Galaxy match on March 6 drew more than half a million viewers when you add in the giant in-person crowd.

While these numbers still lag behind most Premier League matches and many Liga MX matches, it’s hardly a reason to worry, especially as interest in soccer will ramp up ahead of the World Cup in November.

How Much Can MLS Get From Its New TV Deal?

That brings us to the upcoming MLS TV deal.

The current MLS TV rights package was sold to ESPN, Fox and Univision in conjunction with the rights to USMNT and USWNT matches. The U.S. Soccer Federation stopped working with Soccer United Marketing, which negotiated that deal, and MLS rights are no longer packaged with national team games.

Earlier this month, the USSF signed an eight-year deal with Turner Sports and HBO to broadcast USMNT and USWNT matches (mostly friendlies) in a deal worth a reported $25 million per year. So how realistic is MLS’s target of $300 million per year?

The reports of MLS seeking $300 million per year from broadcasters came from CNBC in December. If we’re being honest, MLS is being a bit optimistic.

If the MLS optimism is to be believed, the league is valued at more than the Champions League but less than the Premier League. The numbers don’t bear that out.

The Premier League, which features far more matches than the Champions League, averaged 414,000 viewers per match for the 2020-21 season (a number that’s closer to 600,000 this season), with matches regularly topping a million viewers. On the opening week of the MLS campaign, the most-watched soccer matches in English in the U.S. were two Champions League matches on CBS and a Watford-Manchester United game on USA Network.

One thing that could help MLS secure a better deal is the introduction of the new Leagues Cup, which will pit MLS sides against Liga MX clubs in a month-long, NCAA basketball-style tournament, the likes of which could garner big interest in the middle of summer when the only other major sport playing is baseball.

It's likely the new MLS TV deal is closer to $150-200 million, as CNBC reported recently, admitting the $300 million mark was indeed higher than market valuations. This would still be a large increase from the $90 million the league is receiving now, but not the earth-shaking number MLS wants — and nowhere near the mind-boggling $113 billion the NFL will get from its new TV deal.

Who Will Broadcast MLS Matches after 2022?

With the MLS TV rights still up for grabs, it’s currently anyone’s guess who ends up with the package. The incumbents are favorites, but there are also some broadcasters who weren’t even a consideration when the last TV deal was signed.

Here’s a look at each of the English-language broadcasters who could make a bid.

The frontrunner for MLS TV rights is the Worldwide Leader, which has a long relationship with MLS. In addition to at least one match per week on ESPN’s family of networks, ESPN+ is the streaming home for all out-of-market MLS games.

Because ESPN has focused so heavily on soccer to promote ESPN+, it would be a shock if the broadcaster didn’t at least make a significant bid to continue streaming games not on national TV.

Fox is another long-time partner of MLS, but it’s in a different position than ESPN. While ESPN has doubled down on soccer, Fox has all but ignored club soccer since losing the rights to the Champions League about five years ago, with the exception of MLS and Concacaf Champions League.

Fox is still a major player in U.S. soccer broadcasting, but mostly in the international game. Fox owns the World Cup and Women’s World Cup TV rights through 2026. FIFA gave the 2026 World Cup rights to the network without an outside bidding process that could have allowed another broadcaster to get into the game, so it’s hard to tell how devoted Fox is to soccer right now.

Turner Sports’ start in soccer broadcasting was calamitous, ending with the broadcaster literally giving up the Champions League rights in the middle of a season. But the network appears serious about giving it another go after securing the U.S. Soccer broadcasting rights.

Warner Media (which owns Turner and HBO) has expressed interest in MLS TV rights to go with the USSF rights. While HBO Max would be a better streaming option than the awful experience that was B/R Live (which Turner used for Champions League matches), it would be another streaming service for which U.S. soccer fans would have to pay.

A couple of years ago, the idea of soccer on CBS was almost unheard of; today CBS is becoming one of the biggest U.S. broadcasters of soccer. In addition to taking the Champions League rights from Turner, the network has added the NWSL, Concacaf World Cup qualifiers, Serie A, AFC and UEFA women’s internationals and a variety of Central and South American leagues, including Argentina and Brazil.

If CBS became the new home of MLS, it would probably surpass ESPN and NBC as the home for soccer in the U.S.

For years, NBC has been a constant presence in every American soccer fan’s weekend, putting together superb broadcasts of the Premier League. The network has focused almost solely on England, with the FA Women’s Super League the only other major competition it has rights to besides the Olympics.

If NBC wants to grow Peacock into a streaming service coveted by a broader range of soccer fans, adding MLS matches would be a great place to start.

This is merely conjecture, but here’s how I think the TV rights will work out.

Much like the NFL and other major U.S. sports, I expect MLS will continue to divide the TV rights among different channels. In the past, this has been split between two English-language networks, but like a married couple looking to spice things up, I think now is the time MLS adds a third.

I wouldn’t be surprised if Fox is left without any MLS matches as it’s been clear for a while the network doesn’t really give many shits about soccer unless it’s the World Cup. Instead, Turner Sports could be brought into the fold for at least one match per week, perhaps a weeknight show similar to how TNT broadcasts the NBA.

ESPN will likely continue as a major broadcaster, and ESPN+ won’t give up the streaming rights to out-of-market games without a fight. That said, I think CBS will try to squeeze its way into the MLS market and make a play for the streaming rights, which might be the most coveted of the MLS properties. Even NBC/Peacock is likely to be interested in streaming matches.

However it works out, soccer fans in the U.S. will hope for plenty of matches to watch on cable TV and/or an affordable option to stream all of the games. And now is the time to end the anachronistic blackouts that still plague sports; it should be easier, not harder to watch your local team.

Sports TV rights are one of the most valuable commodities in entertainment these days, as sporting events are one of the few broadcasts Americans will watch live. MLS is hoping to cash in with a lucrative TV deal, and while they’re likely to see a significant increase from the last agreement, it won’t be near $300 million per year, nor should it. But the $150 million or so it does get is quite alright for the league.