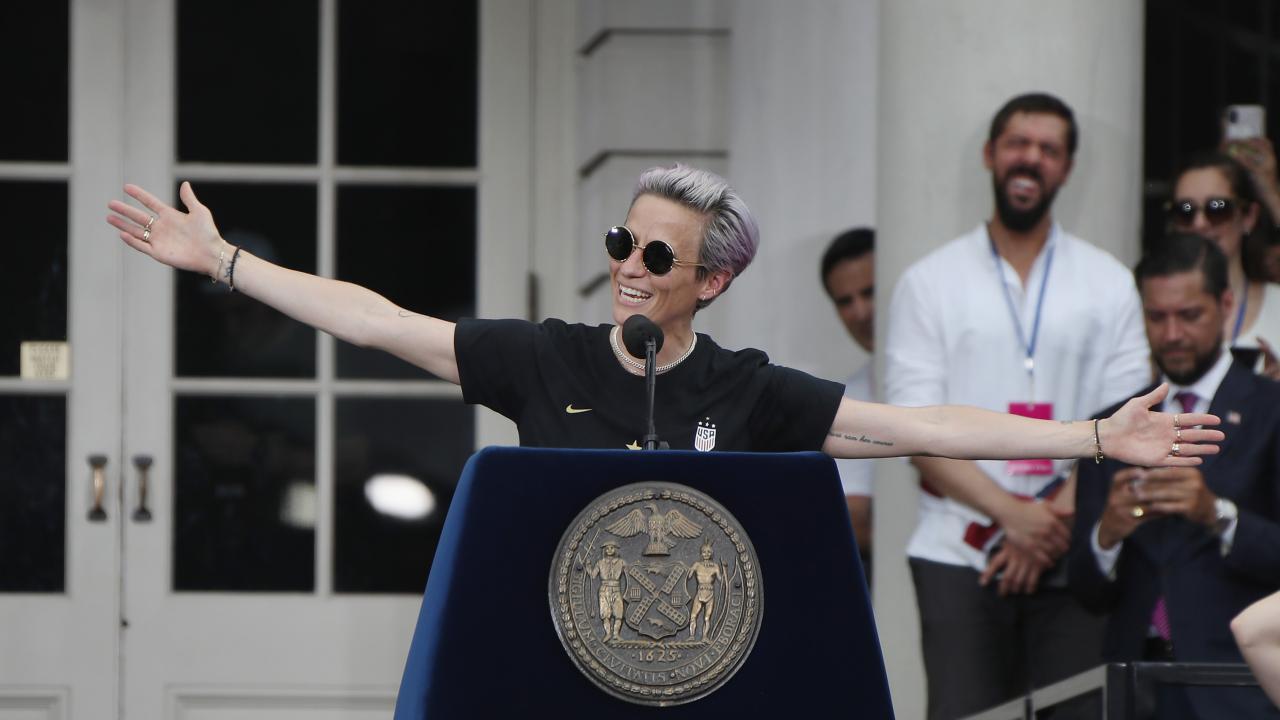 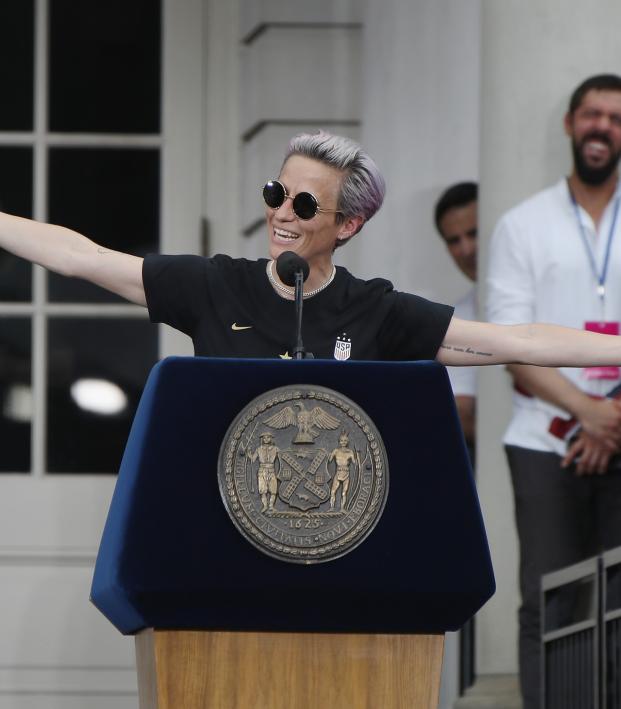 Is Megan Rapinoe Running For Office? Should She?

Is Megan Rapinoe running for office?

That was the question on many minds of many during and after the Women’s World Cup, in which Megan Rapinoe headlined the USWNT’s triumph in France.

This summer, Rapinoe won the Golden Boot and Golden Ball as the tournament’s best goal scorer and player, all while having a public Twitter feud with the U.S. president, who disagreed with Rapinoe’s anthem protests but invited the USWNT to the White House anyway (they declined).

Rapinoe has long been outspoken on LGBTQ+ rights, having been out herself since 2012. She’s also been one of the vocal leaders in the USWNT’s fight for equal pay while also calling for unity in a divided country.

Given her penchant for fighting for social equality, she seems like a natural for politics, right?

So, is Megan Rapinoe running for office?

Not anytime soon, and she’s got a good reason why.

Speaking with BBC’s Eleanor Roper recently, Rapinoe was asked if she’s considering a career in politics.

“Definitely not right now,” was her response.

Should Rapinoe get into politics?

Politics can be a nasty game, what with both Democrats and Republicans thinking the other side is full of cheating, conniving, evil-hearted bastards. Rapinoe has done well to shrug off her many haters in the U.S. (even as she brought the country a second Women’s World Cup), so she likely has the personality to survive in the cutthroat world of politics.

But Rapinoe wisely said she feels politicians need more than just a desire to change policy.

“Contrary to what the last election taught us about people totally unqualified getting put into office, I don’t think that should be the norm and I’m gonna put myself in that category — I don’t quite think I’m qualified,” Rapinoe said. “It takes talent obviously and so much knowledge and skill to be in politics.”

That’s not to say Rapinoe will ever stay quiet about the social issues she supports.

“I will certainly continue to be involved and to use my voice in any way that I can,” she said.

Rapinoe will undoubtedly continue to speak up for those whose voices may otherwise not be heard, from racial abuse in soccer to equal pay.

As she was in London, Rapinoe spoke about the recent England-Bulgaria match that was halted because of racism targeted at players like Raheem Sterling, Tyrone Mings and Marcus Rashford. She said the $83,000 fine FIFA handed Bulgaria was “an absolute joke.”

Rapinoe went on to say everyone needs to be outraged over instances of racial abuse in soccer before anything will change.

“If there’s ever an instance of racism, if every single player on the field is not outraged then to me, they’re part of the problem,” Rapinoe said. “I need all the players on Raheem’s team, all the players in the Premier League and in the leagues abroad to make it their problem because it really is everybody’s issue.”

As for the issue of equal pay, as Rapinoe and her USWNT teammates continue to fight for better treatment from U.S. Soccer, the Best FIFA Women’s Player of 2019 said no woman should settle for anything less than what men are given.

“Don’t settle for anything less, go for equal, go for more, don’t accept any of these sort of antiquated and BS answers,” Rapinoe said.

Rapinoe, who did not play for the USWNT in Thursday night’s 3-2 win over Sweden to kick off the Vlatko Andonovski era, also had an answer to all those people out there who try to compare men’s revenue to women’s revenue.

“When it comes to sport there’s been such a lack of investment for such a long period of time, so any direct comparison to the men’s sports or the men’s leagues is just wholly unfair,” she said. “Until we have equal investment and over investment really, because we’ve been so underserved for so long, we’re not gonna have any sort of meaningful conversation about compensation and revenues and TV viewership.”

Rapinoe’s answers certainly sound like a woman who would be successful in politics, but for now she’ll leave that to others.