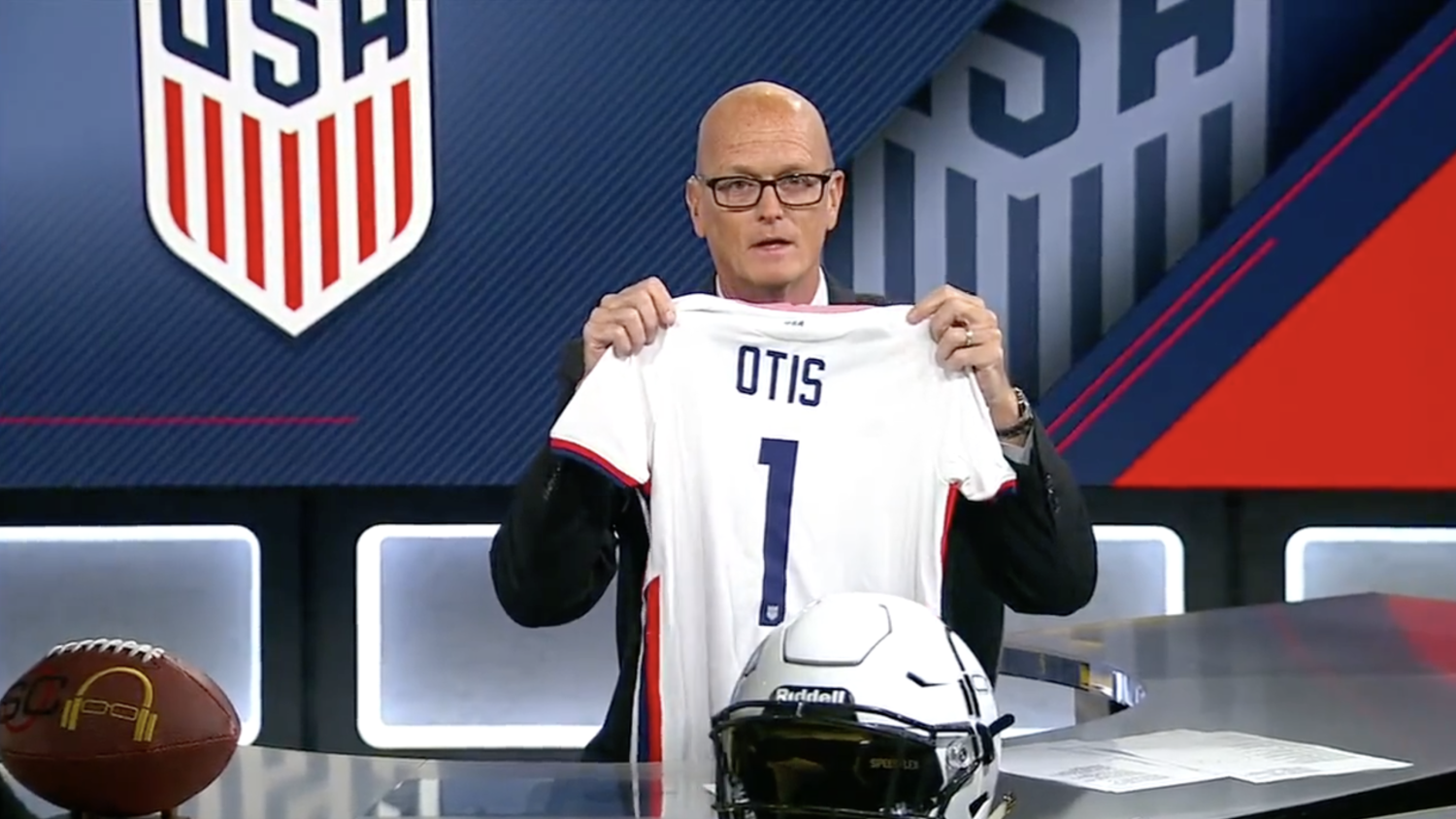 The USMNT coach was on SportsCenter with 200 days until the Americans return to the men’s World Cup.
@USMNT | Twitter

Gregg Berhalter was invited on ESPN’s flagship SportsCenter show to talk about the U.S. men’s national team 200 days before the Americans open the World Cup in Qatar. The USMNT coach talked plenty of soccer and did his best to dumb it down for the average SportsCenter viewer. As the interview concluded, host Scott Van Pelt showed the USMNT jersey Berhalter had given him. It was far too small for the 6-6 anchor and not quite sized for any of his three children, either. It was for SVP’s beloved dog Otis.

“I can’t thank you enough; I was ready to wear the flag for the team, but now I’m in the tank entirely for you guys,” Van Pelt said.

Earlier this week, Scott Van Pelt cried on national TV while talking about Otis, his faithful companion who died last week. It was heartbreaking to watch, and I can’t imagine anyone who has ever lost a pet not crying over this video.

As someone who still tears up constantly (including right now) thinking about my cat who died in February, it was incredibly moving to watch the above clip, which I only found Friday because I rarely watch ESPN/SportsCenter.

It was for that reason Berhalter presented Van Pelt with a small USMNT jersey featuring “Otis” on the back.

As for the interview itself, Berhalter said the U.S. must get out of the group, which is certainly doable but by no means a given. At the same time, he said there must be balance between taking the young group as far as possible in Qatar and preparing the team for 2026, when the Americans will co-host the World Cup.

“It is a process, and it is about getting the guys experience and developing their game at the international level to be able to win,” Berhalter said. “But we’re also American and we know what this is about. We have high expectations for ourselves.

The two break down our expectations for #Qatar2022 on @SportsCenter pic.twitter.com/tRvWN1qSZ0

The U.S. opens the World Cup on Nov. 21 against either Ukraine, Scotland or Wales (whichever comes through the UEFA playoff in June). The Americans then play England on Black Friday (Nov. 25) before concluding the group stage against Iran on Nov. 29.

USMNT fans will hope Berhalter gifting the Otis jersey gives the Americans good karma at the World Cup. At the very least, it should humanize Gregg, who receives a ridiculous amount of hate for doing a pretty good job as U.S. coach.