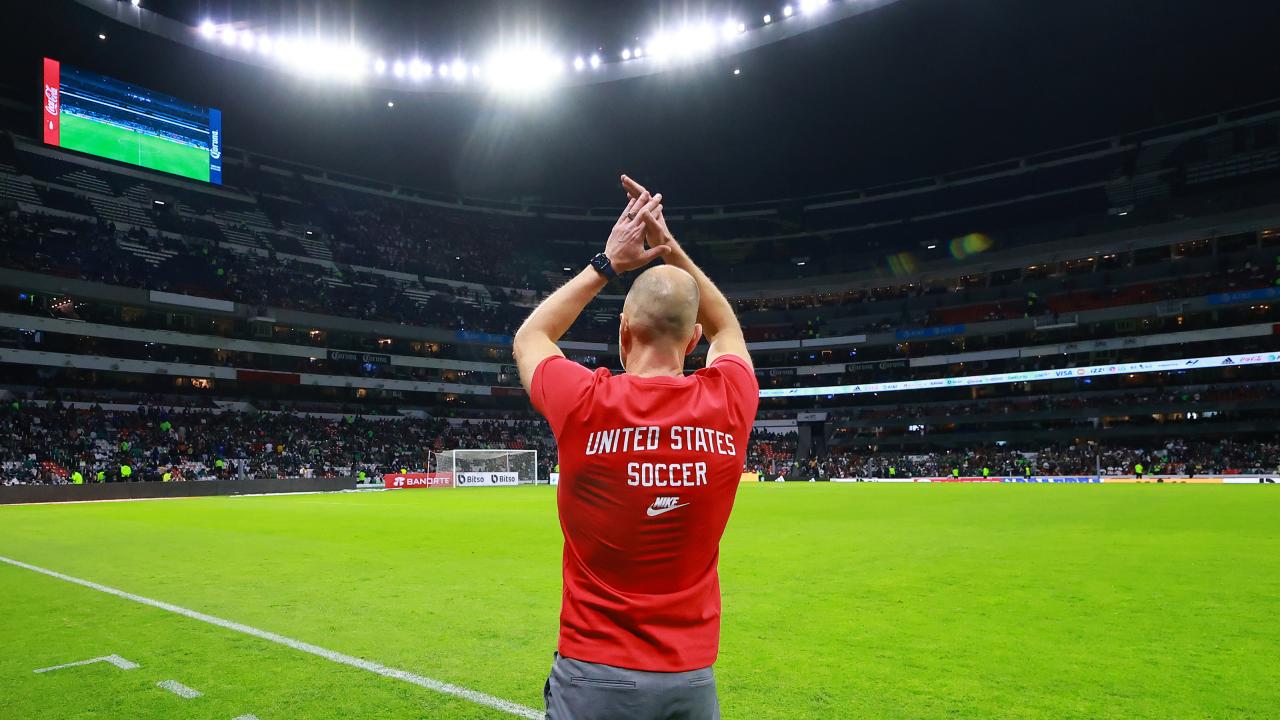 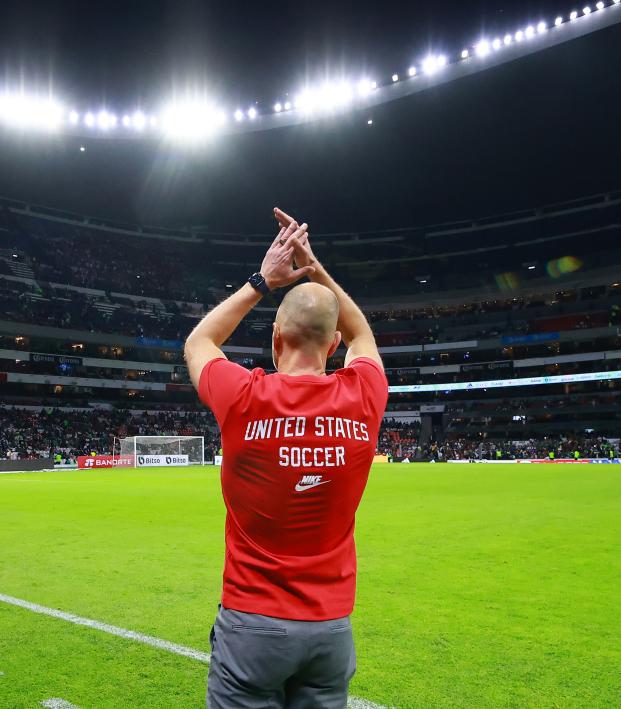 Since he was hired in 2018, a large section of USMNT supporters have criticized every possible move made by Gregg Berhalter. Whether it was roster selections, tactical decisions or the way he likes to wear nice shoes, some fans always found something wrong with the coach.

Now that the U.S. has qualified for the 2022 World Cup, I think it’s clear Berhalter coached the qualifying campaign just about as perfectly as any American could reasonably ask for.

The U.S. lost 2-0 Costa Rica on Wednesday night in San José, a result that clinched a spot in Qatar by finishing third in the Concacaf qualifying table. The Americans will be back in the men’s World Cup for the first time since 2014 and 11th overall, and it feels like the entire country can breathe a sigh of relief.

In the end, it was a fairly comfortable final night, nothing like the nightmarish 2-1 defeat to Trinidad and Tobago four years ago. And that all comes down to the coaching decisions of Gregg Berhalter.

When the Concacaf schedule was released, USMNT fans quickly spotted the final match in Costa Rica, where the team had never gotten a point in the final round of World Cup qualifying, and dreaded a scenario where the U.S. needed to get a result. And while the team hadn’t quite clinched before Wednesday’s match, Berhalter was to thank for a five-goal cushion that made Wednesday’s 2-0 defeat bearable.

The U.S. got to halftime tied 0-0 and at that point it felt like the job was just about done, knowing all the team needed to do was avoid a loss of six goals or more. Just getting to halftime tied was a huge accomplishment for the U.S.

Costa Rica led at half in their eight previous home games vs the U.S.

Costa Rica scored two goals on set pieces in the second half, and it got a little bit nervy, but the Americans quickly regained control and looked the more likely side to score the third. The U.S. held 65 percent of possessions and outside of fits and spurts, Costa Rica didn’t look all that interested in chasing the six goals it needed to qualify directly. And that was thanks to Berhalter’s decisions.

Admittedly, Gregg Berhalter’s 2022 World Cup qualifying campaign did not get off to a great start. Disappointing draws in El Salvador and home to Canada put the U.S. a bit behind the eight ball, and the U.S. needed a big second half to beat Honduras on the road and save the September qualifying window.

But that first window could have been so much worse.

Back in September, Weston McKennie broke Covid-19 protocols while with the national team ahead of the Canada match. The incident could have fractured the team; instead, it galvanized the players. Berhalter suspended McKennie, sending him back to Italy. The remaining team responded against Honduras while McKennie started to play the best soccer of his career, later scoring in wins over Mexico and Honduras and playing superb for Juventus until a season-ending injury kept him out of the final qualifying window. Meanwhile, Berhalter turned to Ricardo Pepi against Honduras, kept the faith in him after a poor first half and the Texan was pivotal in the 4-1 win.

In the October window, the U.S. took care of business at home to beat Jamaica and Costa Rica. The loss at Panama was frustrating and probably the worst performance of the campaign outside of the draw in El Salvador, but Panama was flying early on in qualifying.

In November, the Americans earned another dos a cero over Mexico in Ohio, a third win over their biggest rivals in 2021. That alone should’ve convinced USMNT fans to get behind Berhalter, but after being burned in 2018 qualifying, you can understand some reluctance, especially after the 2-0 win was followed by a 1-1 draw in Jamaica in which the Reggae Boyz were a bit unlucky to not win.

In 2022, Berhalter played everything just about perfectly, even if the results didn’t always reflect that.

The talk in January was dominated by the weather. While some criticized U.S. Soccer for putting home games against El Salvador and Honduras in frigid temperatures, the results were just what the USMNT needed. Berhalter was heavily criticized for saying the performance against Canada in a 2-0 defeat was dominant, if you watch the game again without looking at the score, you can understand where he was coming from. The U.S. played quite well in that game, Canada just finished its best chance and added a late goal on the counter.

Heading into the final window, there were many who suggested Berhalter rest his best players for the trip to Mexico. The idea was that since the Panama match was more important, he should make sure his best players are available for the must-win game.

Berhalter ignored those calls and as a result earned a point at the Azteca (and probably should’ve won had his best player Christian Pulisic finished from point-blank range). After the results elsewhere and the 5-1 win over Panama on Sunday, that point proved massive. Without it, Wednesday’s match would’ve been a game the Americans couldn’t lose. With it, it was a match the Americans couldn’t lose by six goals. That’s a huge shift in mindset, and it can’t be understated how big that was.

Every little move Berhalter made — from throwing Pulisic onto the field late against Honduras for an additional goal to going for it all in Mexico — made Wednesday’s match an acceptable defeat instead of a nerve-wracking night.

Because Costa Rica knew how unlikely it was to win by six goals, coach Luis Fernando Suárez chose not to play eight of his nine players who were on yellow cards and at risk of a second, which would have kept them out of the intercontinental playoff against New Zealand in June. While Los Ticos still put out a strong, eager side, it wasn’t near the strength it could have been — all because Berhalter had the Americans in a strong position.

There are still things to work on for Berhalter and the U.S. The Americans badly need a reliable striker as Pepi, Josh Sargent, Jesús Ferreira, Jordan Pefok, Daryl Dike and Nicholas Gioacchini all failed to stake their claim to the No. 9 position. The defense, while mostly effective, doesn’t always look comfortable in possession and is prone to the occasional giveaway. And the U.S. doesn’t have as much depth as you’d like, as a few bad injuries in the wrong areas could leave the team looking pretty bare. RB Leipzig better keep Tyler Adams in bubble wrap until November.

The USMNT’s qualifying campaign wasn’t perfect, but nothing in Concacaf is ever perfect. Not even Canada, which went into the final window without a defeat, closed out the campaign well. The Canucks lost to Costa Rica after a bogus red card then lost 1-0 to Panama on the final day when a win would have ensured their spot in Pot 3 instead of Pot 4 come the World Cup draw on Friday.

The USMNT’s qualifying campaign was just what the team needed. In a Concacaf table condensed in time, format and standings, it was incredibly tight all the way through. The top four teams all finished within three points. Nonetheless, the Americans were mostly comfortable on the final night, far more so than the trip to Trinidad and Tobago four years ago.

The U.S. is back in the men’s World Cup. Complain all you want about what could have been, but Berhalter did better than Jürgen Klinsmann and Bruce Arena did four years ago.

It wasn’t always as pretty as Gregg Berhalter’s impeccable kicks or impractical bounce passes, but the U.S. coach got the job done, playing some impressive football at times, and that’s all that matters.

The USMNT is going to Qatar.

See you in November.