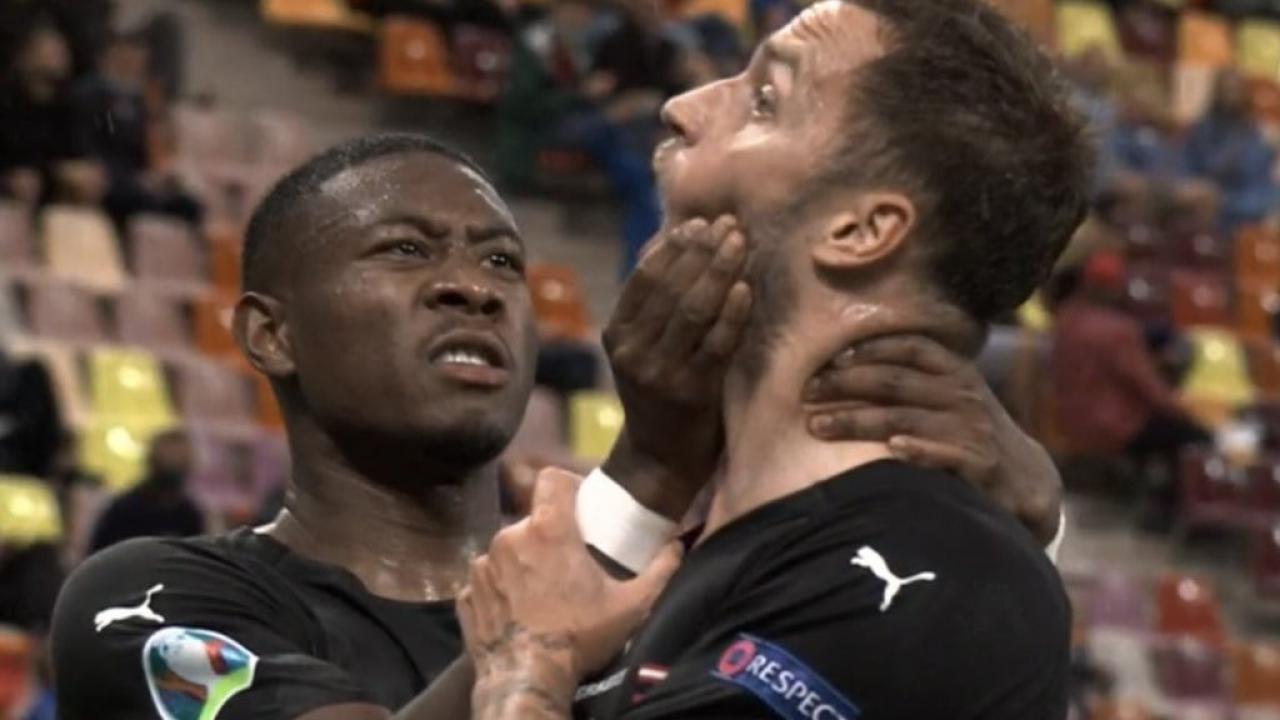 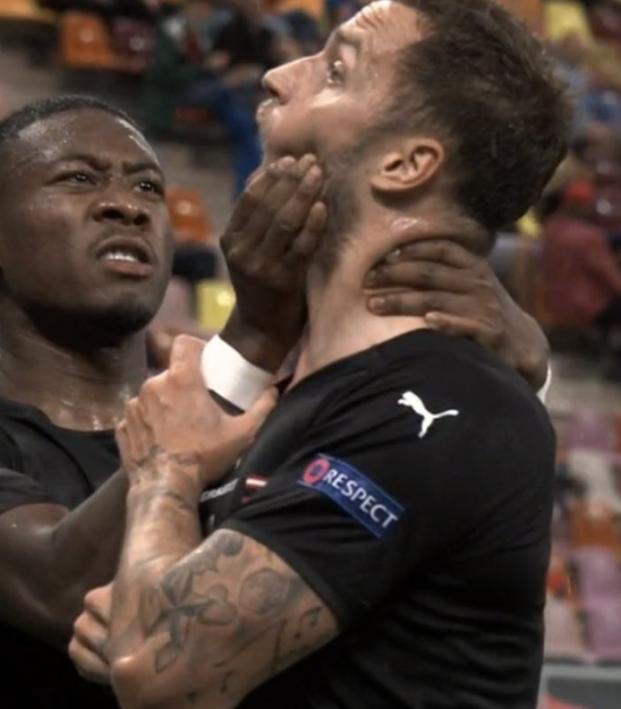 Reuters June 15, 2021
David Alaba tried to shut up Arnautovic before it was too late.

UEFA has opened an investigation into Austria forward Marko Arnautovic's goal celebration in their opening match of the Euros against North Macedonia, European soccer's governing body said on Tuesday.

North Macedonia urged UEFA to look into Arnautovic's reaction after he scored in the 89th minute to complete Austria's 3-1 win on Sunday.

Second-half substitute Arnautovic appeared furious as he celebrated his late goal, before captain David Alaba stepped in to restrain him.

"An Ethics and Disciplinary Inspector has been appointed to conduct an investigation regarding the incident involving the player Marko Arnautovic that occurred during the 2020 European Championship group-stage match between the national teams of Austria and North Macedonia on 13 June 2021," UEFA said in a statement.

Arnautovic, who has a Serbian background, apologised on Monday for his reaction towards North Macedonia fans but denied he had used racist language towards them.

Serbia does not recognise the independence of its former province Kosovo.

Alioski said his arguments with Arnautovic during the match were nothing out of the ordinary but he took exception to the Austrian forward's reaction after the goal.

"We had some arguments during the game and I think it’s a normal thing," Alioski told a news conference on Tuesday. "The best thing is that after the game we spoke and shook hands.

"The problem is that after he scored he said something to me and UEFA have the videos. It's difficult for me to repeat what he said."

According to Serbian media, Austrian striker with serb origin Marko Arnautović, screamed "F*ck your Albanian mothers!" after his goal against N. Macedonia
If true, I hope there is serious punishment from UEFA, especially since Xhaka and Shaqiri were fined after the celebration

The FFM said it strongly condemns the "nationalistic outburst" of Arnautovic.

"We are always against nationalism, discrimination and all other forms of insults and outbursts that are not in the spirit of football and values that we all stand together," the FFM said on Facebook.

"We will always stand up and defend the interests and dignity of Macedonian national players wherever they perform."