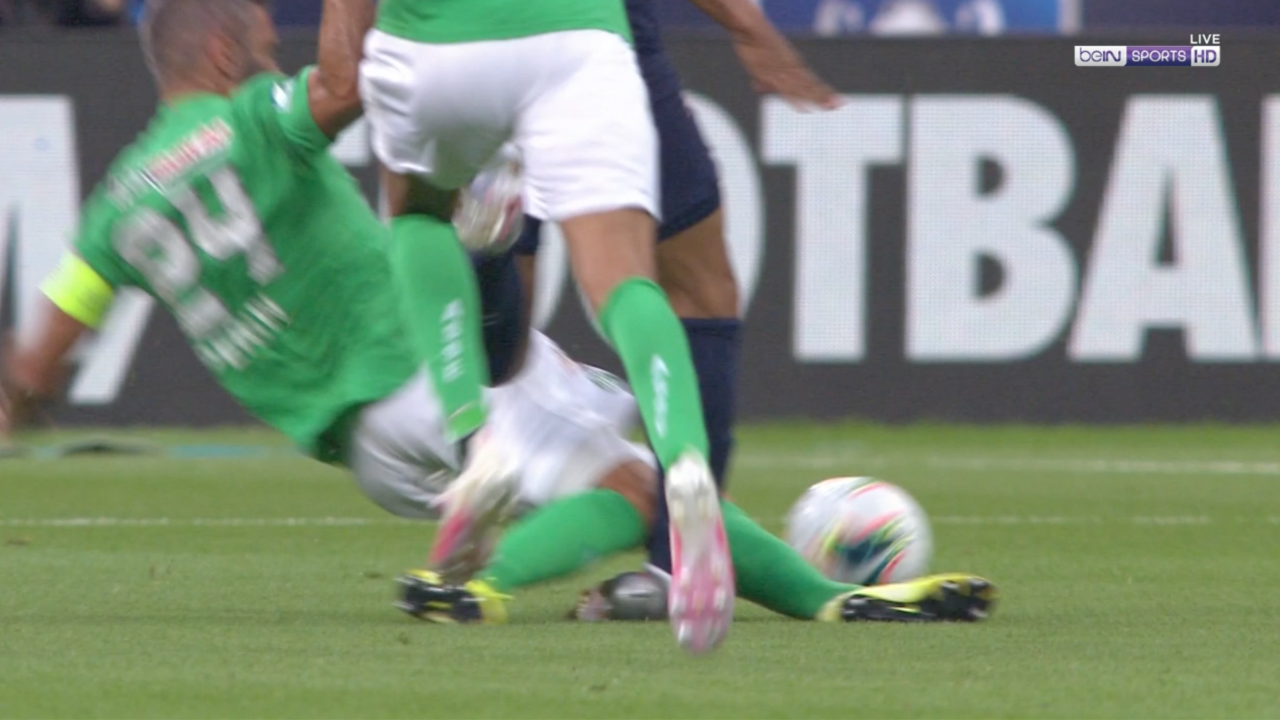 On Wednesday, Kylian Mbappé was announced as the FIFA 21 cover boy. On Friday, Kylian Mbappé’s entire 2021 was put in jeopardy early in the first French football match since the Covid-19 shutdown.

Saint-Étienne captain Loïc Perrin committed a rash challenge on Mbappé in the 27th minute, bending the PSG star’s ankle unnaturally and sparking a brief melee between teams. After a short VAR review, the referee sent Perrin off and showed four other yellow cards, including one to Marco Verratti, who was on PSG’s bench.

All the while, Mbappé was sprawled out on the pitch receiving treatment for this challenge.

Fortunately, it appears Mbappé’s injury might just be a sprain and not a break, as he was able to walk off the pitch on his own. He was, however, replaced by Pablo Sarabia, putting into doubt his availability for the Champions League when it resumes next month. Perrin did seem to apologize for his tackle, and an argument could be made that he tried to play the ball and just missed, but a challenge that rash deserves a red card.

Friday’s match between PSG and Saint-Étienne was the first in French football since the novel coronavirus pandemic shut down leagues across the world. The Ligue 1 season was ended early, with PSG declared champion. But the Coupe de France had just the final left to play, so the FFF rescheduled it for Friday.

PSG had played three friendlies, outscoring opponents 20-0 and debuting a new kit in the process, but Friday’s match was the first official game for Mbappé and Co. since beating Borussia Dortmund in the Champions League round of 16 in an empty Parc des Princes back on March 11.

After surviving an early effort that struck PSG’s post, the French champs looked like they’d roll over Saint-Étienne as they did in their friendlies. Mbappé did a lot of the hard work to create PSG’s first goal, with Neymar knocking in a rebound from his teammate’s initial effort in the 14th minute. Mbappé single-handedly turned a lazy moment into a blistering attack with a quick one-two with Angel di Maria, and Neymar was there to capitalize.

But after that, Saint-Étienne ramped up the physicality, starting with Perrin’s nasty challenge on Mbappé. Here’s the full video of the Mbappé injury as it happened on beIN Sports, but unfortunately this tweet will take you away from our site if you try to play the video because beIN is a jerk.

Not long after Perrin was sent off, Saint-Étienne was fortunate not to go down to nine men as Mahdi Camara’s heavy challenge on Mitchel Bakker was deemed only a yellow card.

By halftime, PSG led 1-0, but its best player limped off injured. Seven total yellow cards were handed out in addition to the one red card.

What a way to get back into the flow of French football.

PSG held on to win the Coupe de France 1-0 in what was a far more nervy second half than they would have liked. To make matters worse, Mbappé returned to the pitch in crutches (and a mask). 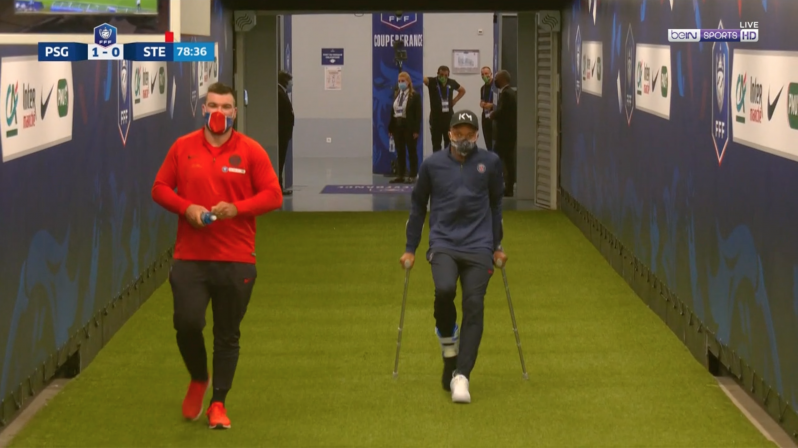