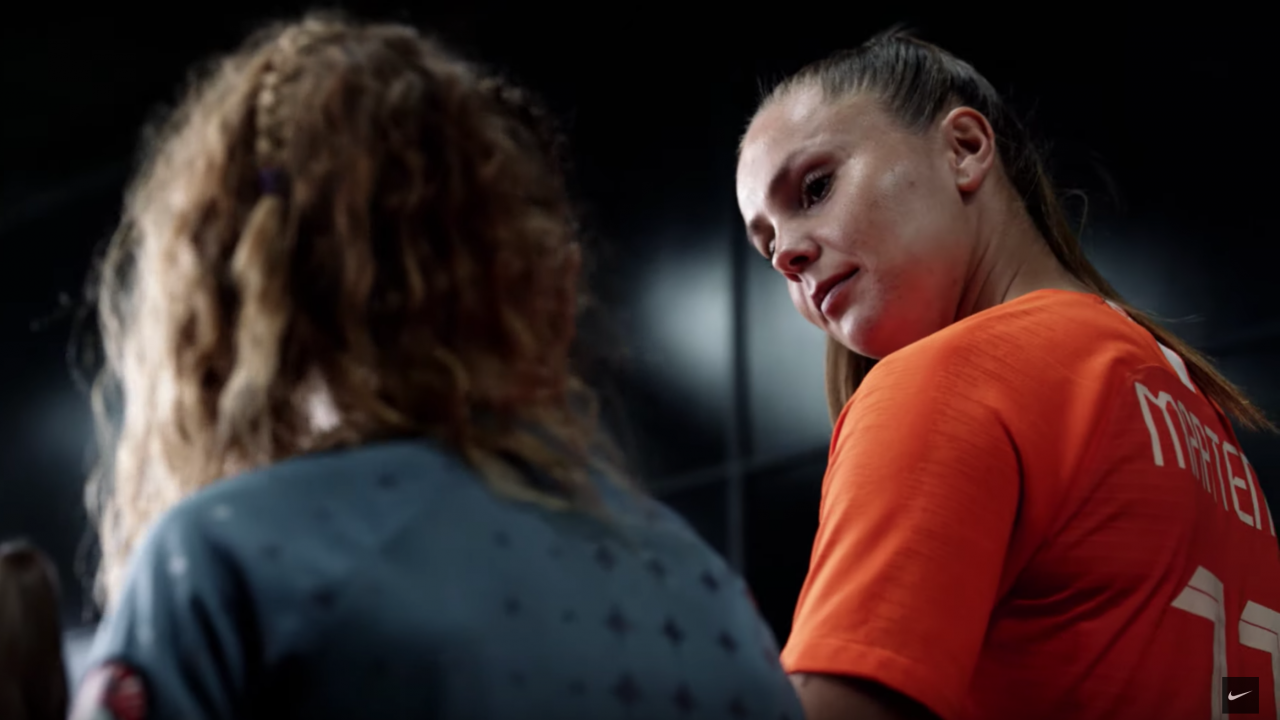 Like the men’s counterpart, the Women’s World Cup is a massive opportunity for corporations to market themselves. Nike and adidas have a long history of entertaining advertisements released around big tournaments and this year is no different. So it’s no surprise the Nike Women's World Cup ad released on Saturday is an awesome thrill ride featuring some of the best players in the world.

We’ve already talked about Women’s World Cup ads from the USWNT and Germany. The U.S. went for an inspiring and gritty motif while the Germans released a hysterically cheeky ad.

The video focuses on a young mascot about to go out onto the pitch with Netherlands superstar Lieke Martens. What follows is a fantastic joyride with just about all of our favorite players who will be at the Women’s World Cup, which kicks off Friday.

Driven by the energetic drumbeat of Joan Jett’s Bad Reputation, the Nike Women's World Cup ad is an ode to the beautiful game and the inspiring women who will carry us through every emotion imaginable at the tournament this summer in France.

The Nike Women's World Cup ad features loads of little references to a future where women’s soccer is the most popular sport in the world, such as a billion people watching a match, a women’s soccer game being the best-selling game on the market and Alex Scott becoming the first women’s coach of Barcelona.

The video begins with the young mascot taking the hand of Martens before walking out for a match against Nigeria. Before the young girl leaves the pitch with the rest of the mascots, she’s pulled back by Martens, who brings her along with her during the match.  Martens loses grasp of the girl just before having the ball stolen by Barcelona teammate Oshoala, but Martens steals it right back and finds her mascot before surging back upfield.

Just as Martens scores a goal, she’s dragged into the French national team locker room, then a match with England, holding onto Fran Kirby. The young mascot is then brought into variety of matches, playing with China’s Wang Shuang, USWNT’s Crystal Dunn and Australia’s Sam Kerr. She also takes part in a photoshoot for a video game played by Neymar and helps Scott coach Coutinho and Pique for Barcelona. Eventually, the young girl takes part in a match, taking a free kick to set up a goal by Kerr against the U.S.

But then the Nike Women's World Cup ad warps back to before the Netherlands-Nigeria match, only this time the young mascot asks Martens if she’s ready, instead of the other way around.

If you’re not pumped for the Women’s World Cup after this ad, then you should probably just go watch NASCAR or something stupid like that, because this sport isn’t for you.