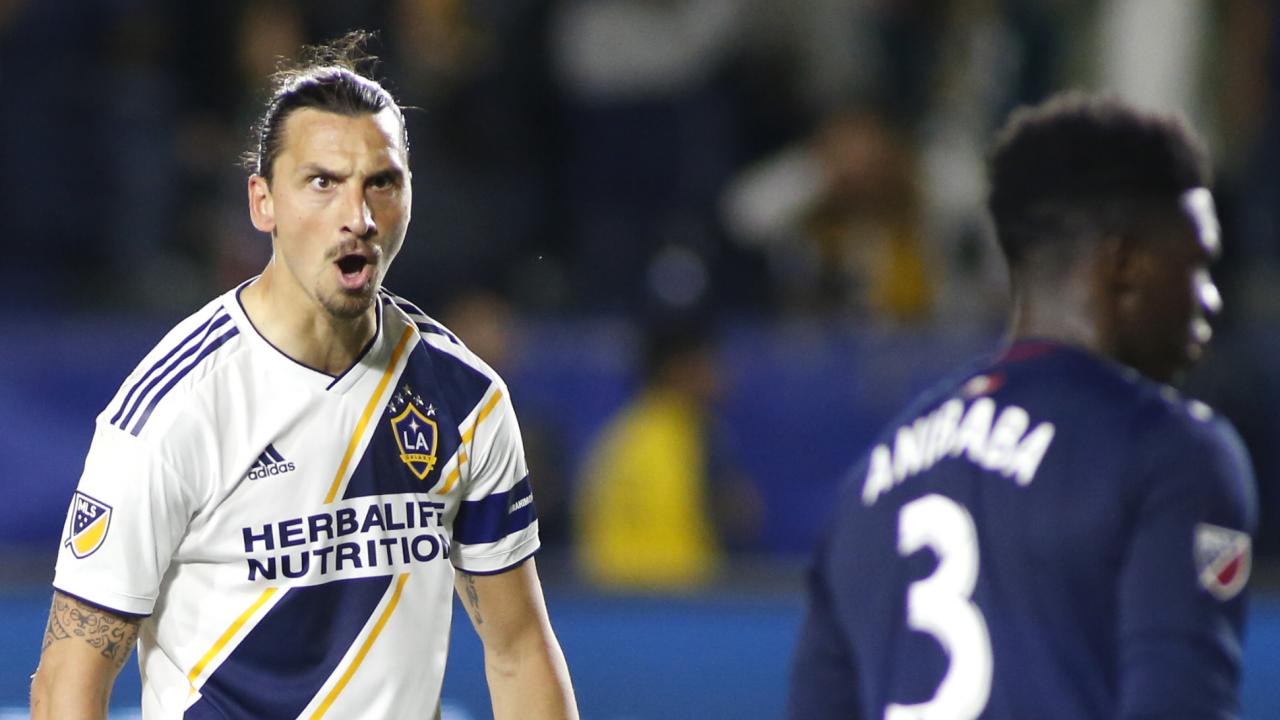 Zlatan Sets Himself Up For An Outrageous Overhead Kick And Executes

After winning two straight away matches, the Los Angeles Galaxy slipped to a surprise 2-1 defeat to the lowly New England Revolution on Sunday night at Dignity Health Sports Park in Carson, California.

Goals from Cristian Penilla and Teal Bunbury in the opening hour of play set the stage for New England’s first road win of the season. The Galaxy managed only two shots on target throughout the match, but one was an absolute stunner from Zlatan Ibrahimović in the 84th minute.

The 37-year-old now has 11 goals in 12 games this season to go along with three assists. The big Swede was also handed his fourth yellow card of the campaign.

Although the Galaxy remain in second place in the Western Conference, they now trail rivals LAFC by nine points in the battle for the top spot and ultimately the Supporters’ Shield.