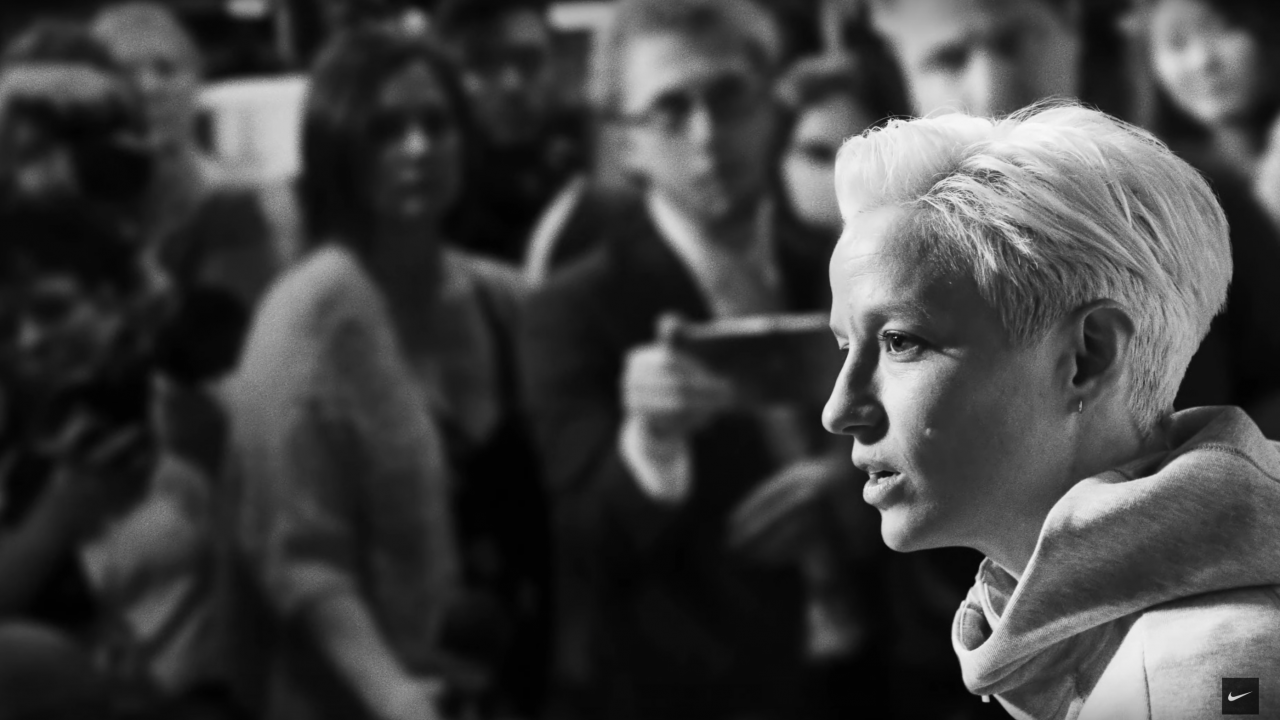 The U.S. women’s national team that won the 2019 Women’s World Cup was nothing short of remarkable, as is the new Nike USWNT ad, which was released moments after the tournament ended.

After the U.S. beat the Netherlands 2-0 to claim its fourth world championship, Nike immediately debuted a new ad, celebrating not just the team’s success on the pitch, but it’s desire to create a better world around the pitch.

Although FOX tried its best to ignore the USWNT’s social activism — from the players’ desire to gain equal pay to their promotion of LGBTQ+ rights — Nike understood what the U.S. players stood for (or at least enough to make a buck off them).

The new Nike USWNT ad, titled “Never Stop Winning,” employs some of the motifs from the joyous pre-tournament commercial and takes them one step further.

Featuring black-and-white photography, the commercial extends the American Outlaws’ “I Believe” chant into a chant celebrating everything the USWNT players have accomplished, punctuated with the line: “This team wins. Everyone wins.”

It’s a powerful message and a poignant clip, even if it was produced to try to sell sportswear.

Led by Megan Rapinoe, the USWNT has been outspoken about its desires for social equality for all. Nike’s push to promote Rapinoe’s activism is probably rooted in the desire to make money, but at the same time the company has to know there will be pushback from those who disagree with Rapinoe’s politics.

Throughout the Women’s World Cup, many trolls expressed hatred for this USWNT simply because the players used their platform to promote social activism. Rapinoe was involved in a Twitter war with U.S. president Donald Trump and many USWNT players said they would refuse an invite to the White House. Rapinoe ultimately won everything there was to win, including the Golden Boot and Golden Ball.

Nike has decided to side with Rapinoe and the USWNT on this one, with this commercial that hits back at all the haters. It’ll be interesting to see if the sportswear giant’s finances are positively or negatively affected by this ad. But it’s not the first time Nike has picked sides in a national sports debate, as when it sponsored Colin Kaepernick.