You’d think we’d get tired of endless videos of Lionel Messi making opponents look silly in matches. Maybe you’d be right (not really, but just go with me for a minute). So to switch it up, here’s a Messi training video of the Argentinian making his own teammates look silly in practice.

Week after week, Messi is dribbling past someone, nutmegging an opponent or scoring great goals for Barcelona. On Tuesday, the Barca social media team released this Messi training video that shows off how he prepares during the week to torture opponents come game time — by torturing his teammates. And he does it all with a smile. 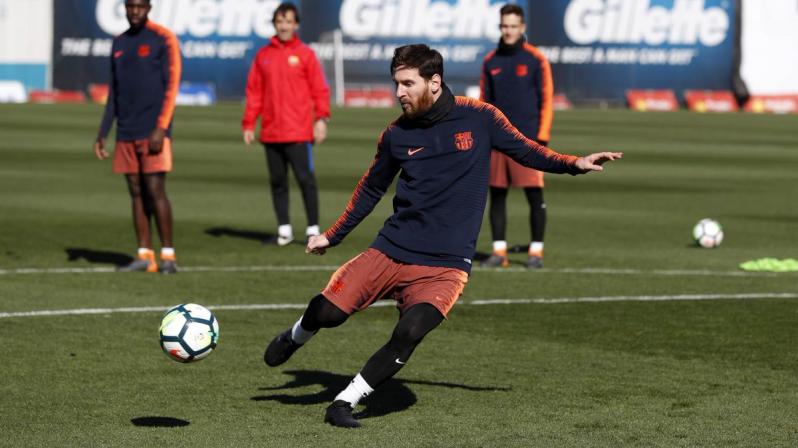 The Messi training video montage features some tricks and shots we’ve seen before, like his effortless bicycle kick from a couple months ago. But it’s still worth a watch, over and over again. The entire video is 90 seconds of Messi brilliance, just the world’s best player having fun in training. We just wonder if his Barcelona teammates lose confidence when they are routinely beaten by another clever move from Messi just out there enjoying the sport he grew up loving.

We’re not quite sure why there’s a basketball hoop on the grass field behind where Barcelona is training, but we like to imagine Messi takes a break from football to play hoops and magically dunk despite his 5-7 height. Now that’s a Messi training video we’d like to see.