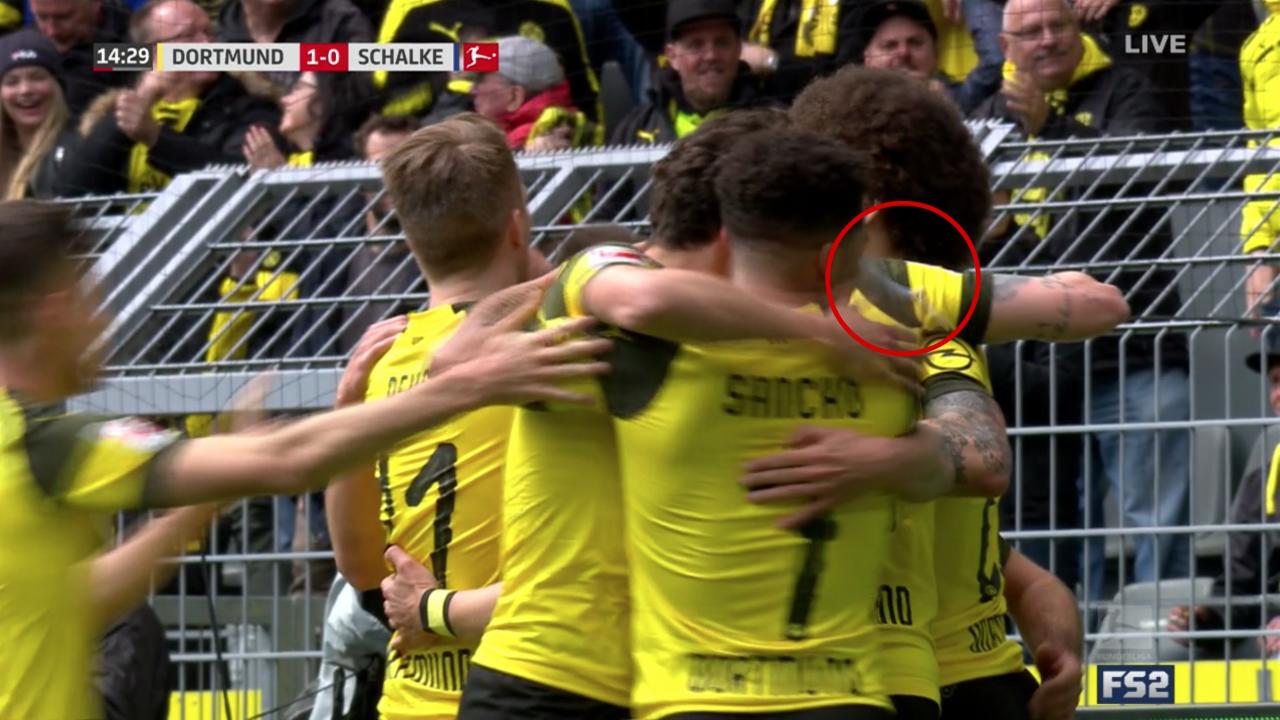 Borussia Dortmund and Schalke are heated rivals, but nothing excuses what happened to Jadon Sancho during the Revierderby on Saturday at Signal Iduna Park.

The home side went in the lead in the 14th minute when Sancho’s delicious lob into the box was headed home by Mario Götze.

After the goal, the Dortmund players celebrated together in the right corner. Soon after, Sancho was requiring medical attention, holding his right eye.

Did the 19-year-old England international get poked in the eye by a teammate? Did he lose a contact?

Turns out, Sancho was hit in the eye by what appeared to be a lighter thrown from the crowd.

The BVB players were celebrating near the away supporters’ section, so it seems likely it was thrown by a Schalke fan. One just hopes it wasn’t a racially motivated attack, as recently happened to another young foreigner when American teen Chris Gloster was targeted by racial abuse in Germany. If it was, then the Schalke fan must have been very close or have impeccable throwing aim.

Sancho returned to the match quickly with no apparent ill effects, but Schalke — not Dortmund — was the team inspired by the goal and fan attack.

Moments after the goal, Schalke earned a penalty kick (via VAR) that Daniel Caligiuri buried in the 18th minute. And 10 minutes after that, Salif Sané headed home off a corner kick to put the visitors in the lead 2-1 at halftime.

For Americans reading: Weston McKennie started in midfield for Schalke while Christian Pulisic started on the bench for Dortmund. Haji Wright did not make the 18 for Schalke. Embarrassingly for FOX, the match was relegated to FS2 because some auto racing qualifying was on FS1. Auto racing makes me wish I was hit in the eye by a lighter.