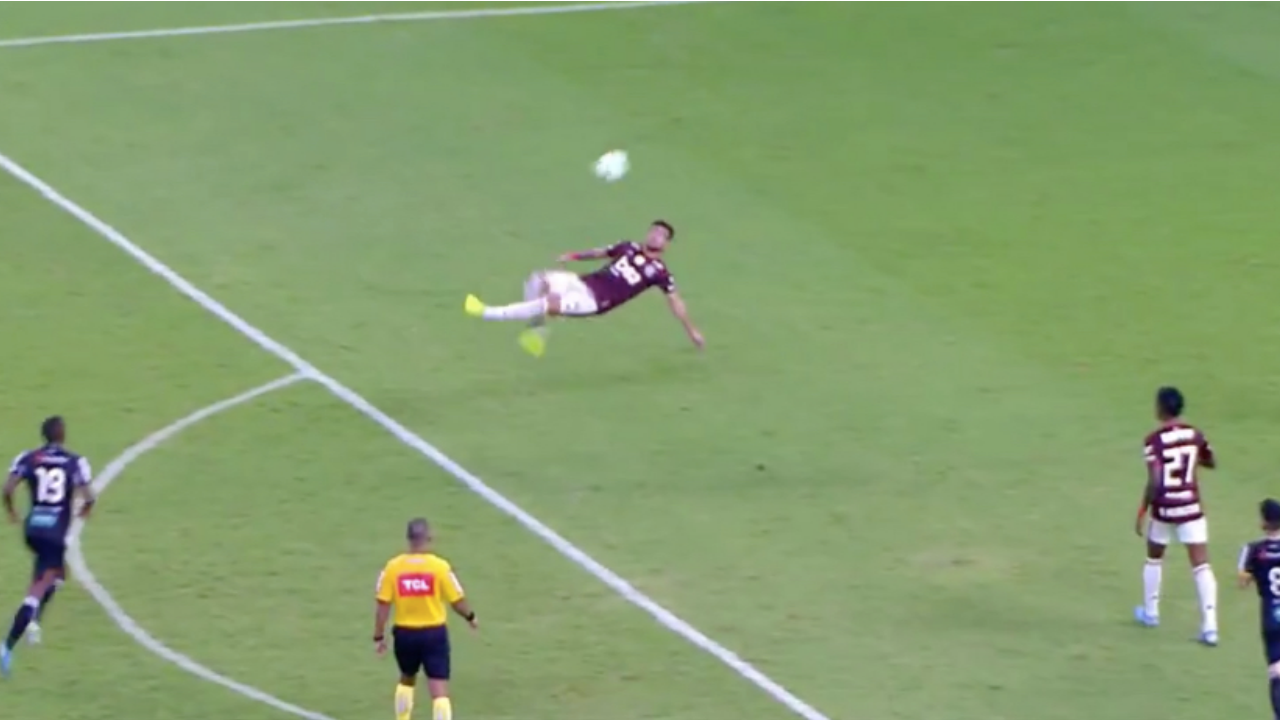 We roughly know what to expect when encountering an overhead kick. We've become desensitized thanks to Cristiano Ronaldo and Gareth Bale.

What makes this banger from Flamengo’s Giorgian De Arrascaeta so wonderful is that it largely disrupts those notions on its way to a higher, more transcendent form of bicycle.

I love how, on first viewing, you initially track the run of Gabriel Barbosa — Flamengo’s No. 9 – and expect that he’ll certainly do the business from about eight yards out. Nope. Then you briefly see the run of forward Bruno Henrique — Flamengo’s No. 27 — and think “there’s our man.” Not yet.

The cross from the full back Rafinha — yes, the 33-year-old who played nearly 200 games for Bayern Munich — sails forever higher and forever further away from the Ceará goal. The danger must be over.

But that’s when De Arrascaeta does everything to perfection: the timing of his jump, the technique, the incredible venom and accuracy on his right-footed pendulum. This is some beach soccer sort of nonsense.

Flamingo would defeat Ceará 3-0 on the day, keeping the club at the top of the Campeonato on goal difference after 16 rounds. Santos is right there with them.