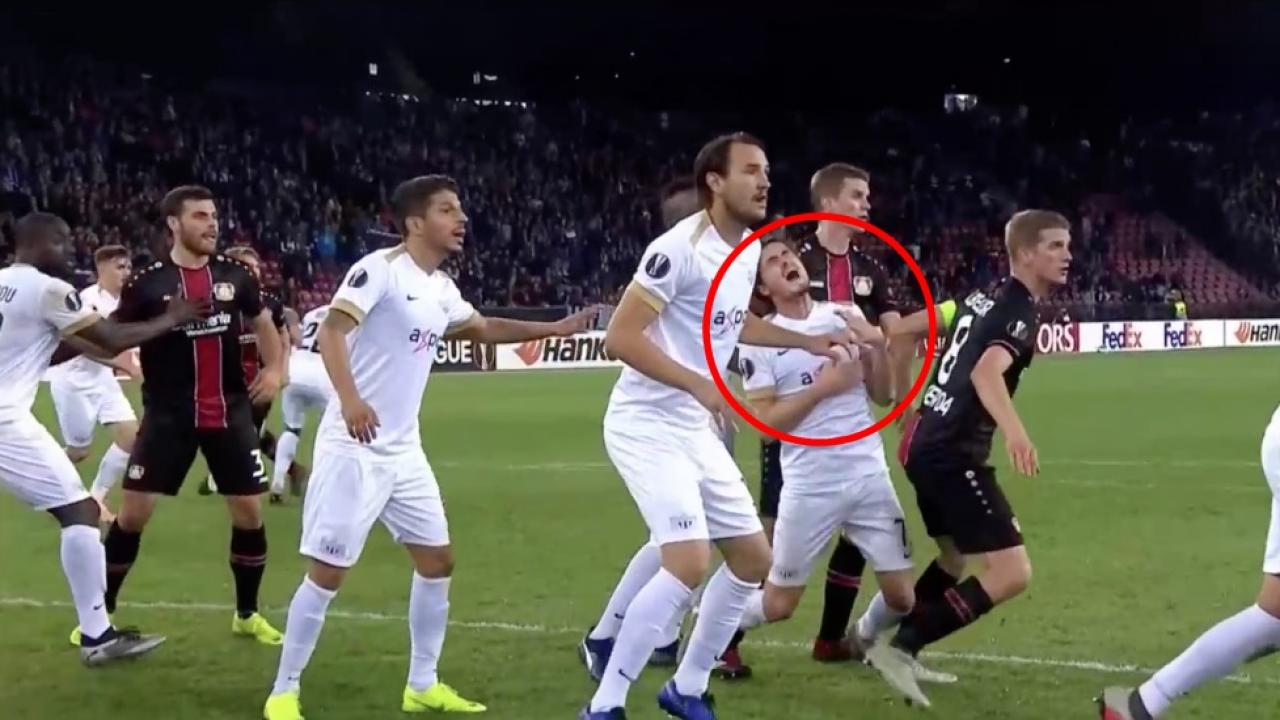 On one hand, you have to give Hekuran Kryeziu credit; he single-handedly earned his team a win on Thursday. On the other, his despicable Europa League flop should probably earn him more hatred than anything else he’ll do in his entire career.

FC Zürich held on to defeat Bayer Leverkusen 3-2 in a top-of-the-table clash in Group A of the Europa League on Thursday at Letzigrund Stadion in Switzerland. That the Swiss club was able to beat the German side came down to one moment in the 94th minute, which will distract from the club’s rally from being down 2-1 in the second half.

Kryeziu, a 25-year-old Swiss native who plays for the Kosovo national team, showed off his acting chops on a later corner kick in the dying moments of the match. The midfielder decided to turn a slight nudge of an arm from Lars Bender into a knockout punch from George Foreman.

The referee bought it and negated the goal scored on the corner kick by Lars’ twin brother, Sven.

Sadly, neither the referee, assistant referee nor the touch-line referee were watching closely enough to realize the deceptive nature of Kryeziu’s acting. It's still a bit absurd that the Champions League and Europa League don't have VAR yet.

Perhaps the only bright spot about this Europa League flop is that Kryeziu was blasted in the face by the shin of one of his teammates while he was writhing around on the ground.

With the win, Zürich moved into sole possession of first place with three wins from three in Group A. Bayer Leverkusen is still in a strong position to advance with six points, well ahead of Ludogorets Razgrad and AEK Larnaca, who are both on one point after a 1-1 draw on Thursday.