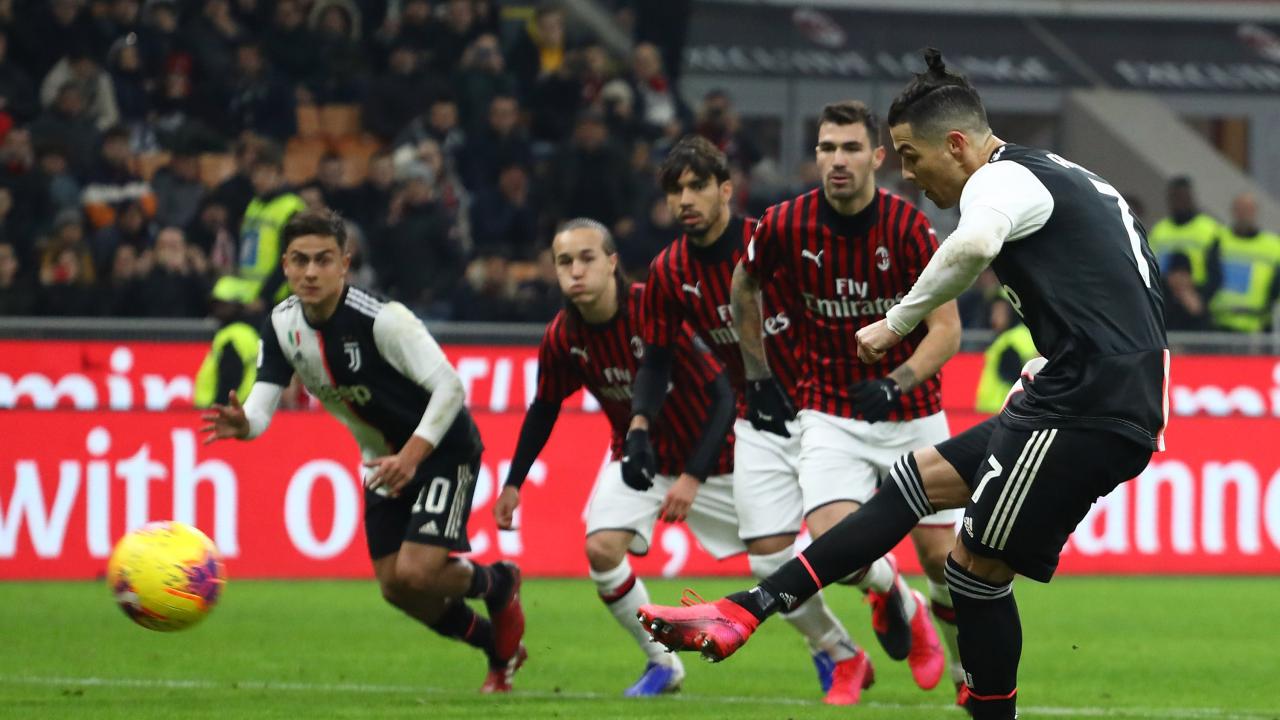 Cristiano Ronaldo haters love to rag on the Portuguese star because he scores so many penalty kicks, giving him the derogatory moniker Penaldo. Ronaldo does convert more PKs than, say, Lionel Messi, but you can’t fault the man’s prowess from 12 yards out. On Thursday, the Juventus winger fully deserved the penalty he won for a dramatic late equalizer.

Juventus and AC Milan played to a 1-1 stalemate in the first leg of their Coppa Italia semifinal on Thursday at the San Siro. It looked like the home side might get the best of the eight-time defending Italian champs until Ronaldo snagged a late spot kick thanks to his remarkable acrobatics.

There are probably better things you can do with your life than watch the first leg of a Coppa Italia semifinal, like watching “Foosballers” or the Copa del Rey semis, so here’s how it went down.

With Ante Rebic having put Milan in front in the 61st minute but with Theo Hernández getting sent off for a clumsy second yellow, the impetus was on the Old Lady to get a result out of the first leg on the road.

Ronaldo, whose highlight to that point was doing two crossovers before passing straight to two Milan players with no teammate anywhere nearby, earned his side a draw by earning himself a penalty.

Despite turning 35 last week, Ronaldo is still more athletic than you’ll ever be, and he attempted to score a wild equalizer with an impressive bicycle kick. Unfortunately, the shot struck the arm of Milan defender Davide Calabria.

While the referee initially ignored the blatant hand ball in the box, the VAR ultimately got it right. The yellow card given to Calabria was a bit harsh in my opinion considering his back was turned to the shot, but it clearly blocked a close-range effort.

After giving a horrendous kissy-face to the San Siro faithful, Ronaldo smashed the spot kick straight down the middle past Gianluigi Donnarumma.

Cristiano Ronaldo draws and converts the penalty to make it 1-1! pic.twitter.com/2PRcIUEm4Z

Hate on him all you want, but the man can score a penalty kick with the best of them, something with which Lionel Messi has often struggled.

The second leg of the semifinal will be March 4 at Allianz Stadium. Before that, Juve will have a Champions League Round-of-16 first leg against Lyon and a massive showdown with Inter Milan on March 1.