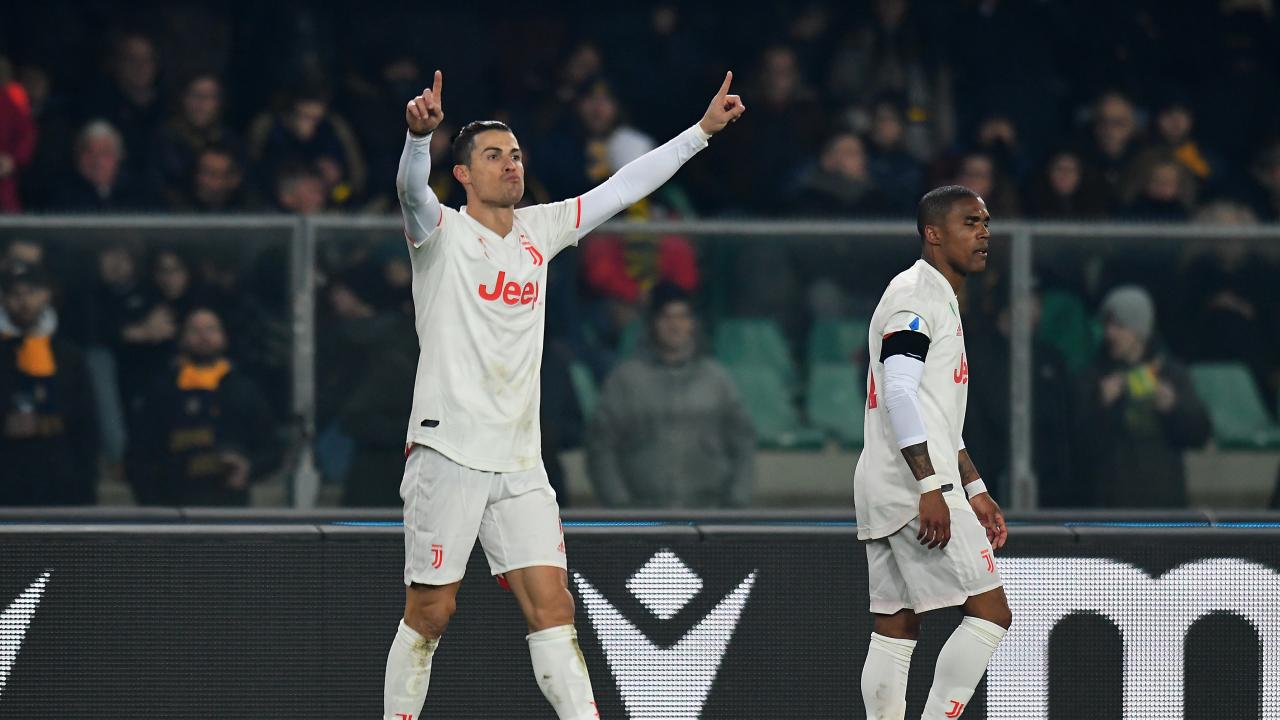 Cristiano Ronaldo turned 35 on Wednesday. On Saturday he was back banging in goals for Juventus, setting a club record in the process.

By all accounts, Ronaldo had a lovely 35th birthday. He started the day off with two of his favorite things: training and self-congratulations.

Happy birthday to me!!

The day only got better for him as he celebrated with a weird-looking cake thing alongside his girlfriend, Georgina Rodriguez, and eldest son, Cristiano Ronaldo Jr.

Rodriguez then surprised Ronaldo with what appears to be a Jeep, a conspicuous gift considering that’s the lead kit sponsor for Juventus.

What a partner that Georgina.

By Saturday, it was all business for Ronaldo.

With Juve struggling against Hellas Verona, Ronaldo stepped up to power his team in front.

Played through in on goal, Ronaldo outran and outmuscled his defender to get to the ball first. He then did some typical Ronaldo step-overs before lashing a shot past Marco Silvestri in goal.

The strike, his 23rd of the season in 28 appearances in all competitions, set a Juventus record. Ronaldo became the first Juve player to score in 10 straight Serie A games, having netted a remarkable 15 in that span. The previous mark was held by David Trezeguet, who scored in nine straight.

10 - Cristiano #Ronaldo is the 1st #Juventus' player to have found the net in 10 successive games played by the Bianconeri in the history of the Serie A. Star.#VeronaJuve pic.twitter.com/U8UZVSesWK

Cristiano Ronaldo may be 35 now, but he’s yet to show any signs of slowing down. I just hope I can still score goals like that on FIFA by the time I turn 35.

Although Ronaldo fired his team in front, Verona came back to win the match 2-1, first equalizing through former Liverpool and Sunderland forward Fabio Borini. Giampaolo Pazzini then gave Verona the win with a penalty kick in the 86th minute after Leonardo Bonucci was called for a handball in the box spotted by the VAR.

The defeat means Inter Milan can overtake Juventus for top spot in Serie A with a win over rival AC Milan on Sunday.