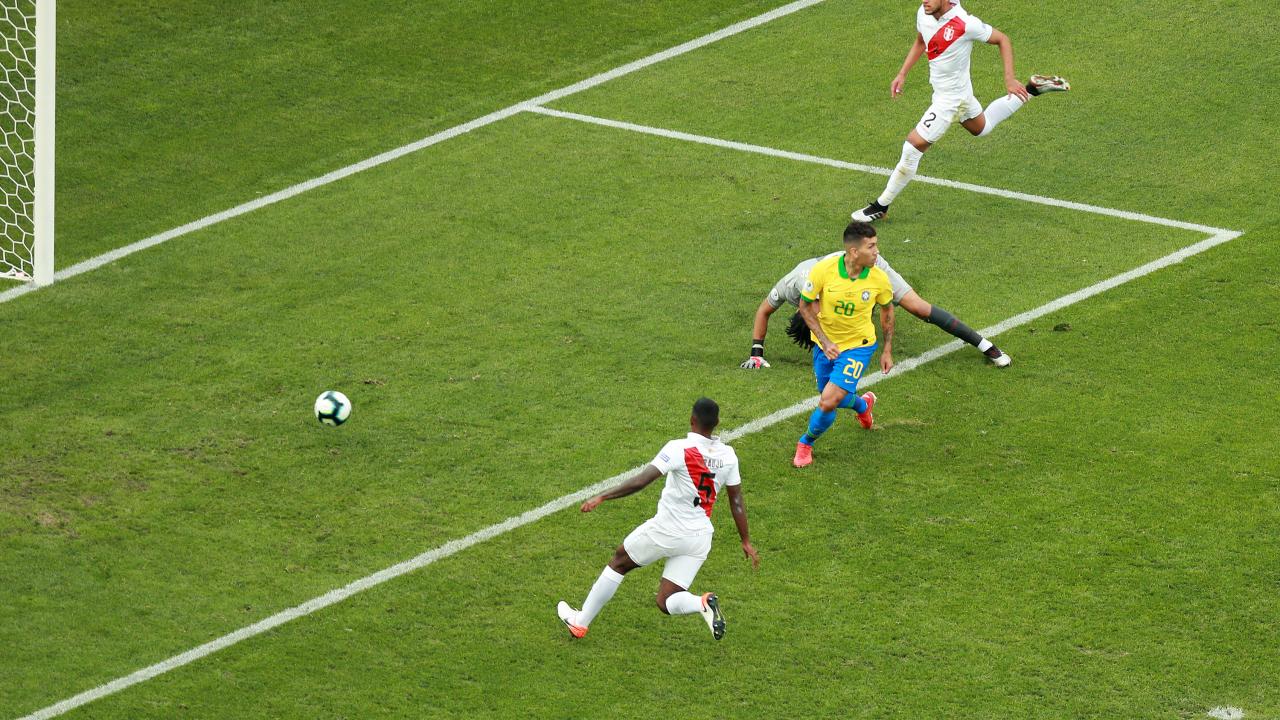 We’ve said it before, and we’ll say it again: Bobby Firmino is the most disrespectful player in the game. And we say it with nothing but love.

No one loves a Bobby Firmino no-look goal more than us and he was at it again on Saturday.

Playing against Peru for Brazil at the 2019 Copa America, Firmino scored a stupid goal in the first half as the Seleção raced to a 3-0 lead by halftime.

After Casemiro opened the scoring and before Everton made it three, Firmino’s pressure paid off when he forced Peru keeper Pedro Gallese into a poor clearance.

What ensued was a raucous Firmino goal vs Peru, the ball caroming off the uprights before the Brazilian made his trademark no-look finish.

Roberto Firmino takes advantage of a poor clearance from the keeper and makes it 2-0! pic.twitter.com/jZBGI821c3

For good measure, here are the other highlights from the first half, starting with Casemiro’s goal in the 12th minute.

Everton scored the third with a wonderful strike in the 32nd minute.

Brazil and Peru both went into the match knowing they were through to the knockout rounds regardless of the result. The Seleção, as tournament hosts, were clearly more interested in actually winning the group.

Depending on results elsewhere, Brazil could end up playing Lionel Messi and Argentina in the quarterfinals, which would be amazing. That is assuming, however, Argentina can beat Qatar on Sunday, which is a big assumption.