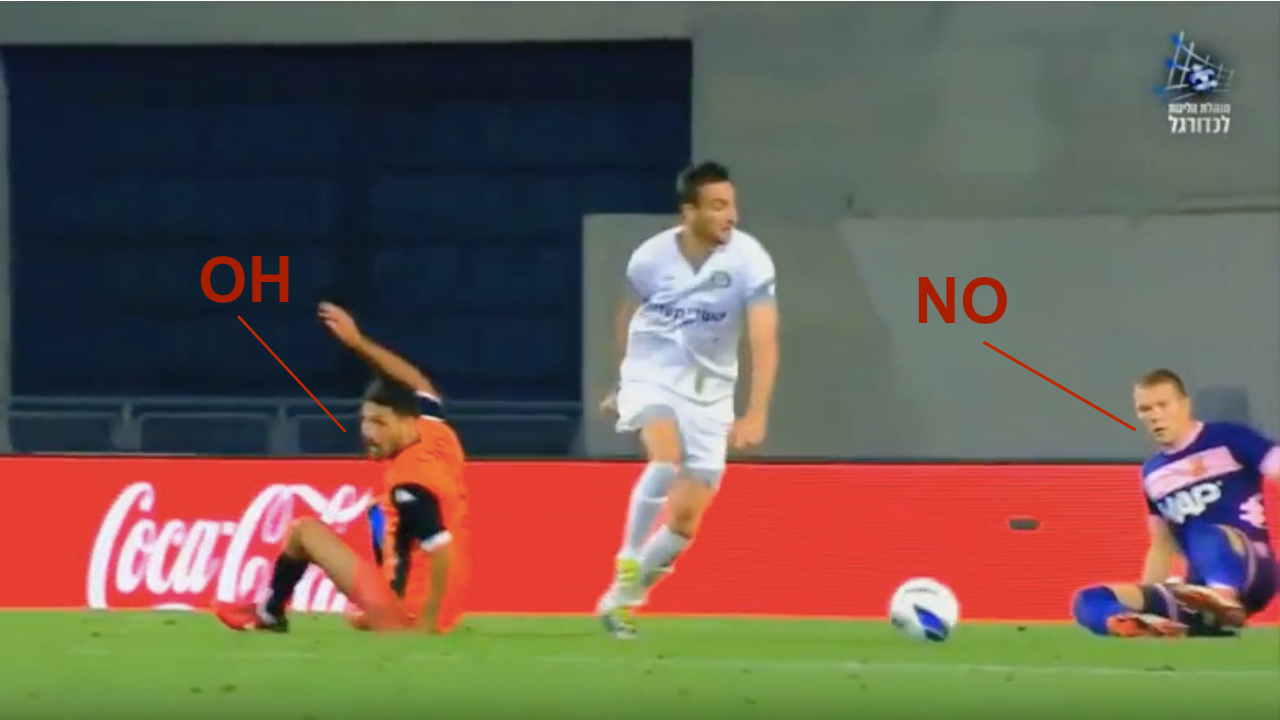 Usual purveyors of the Marseille Turn, players like Zinedine Zidane, Diego Maradona, Isco and Paul Pogba, have dazzled spectators with their uncanny ability to escape pressure and change their available passing lanes with the most graceful skill in the game.

However, it’s incredibly rare that you see the roulette skill lead directly to a goalscoring opportunity. The turn is more typically associated with the war being waged in midfield rather than the attacking third.

Zidane himself — who was so closely tied to the skill that many refer to it as the Zidane turn — has a legendary instance of destroying a Real Valladolid defender with the turn before firing his shot over. For many, it’s the most beautiful miss of all time.

But what we have above is a rare instance of the Marseille Turn leading directly to a goal in the Israeli League. The goal is scored by Maccabi Netanya’s Nico Olsak, a 26-year-old Israeli-American (Olsak attended Belmont University in Nashville and played for the Bruins).