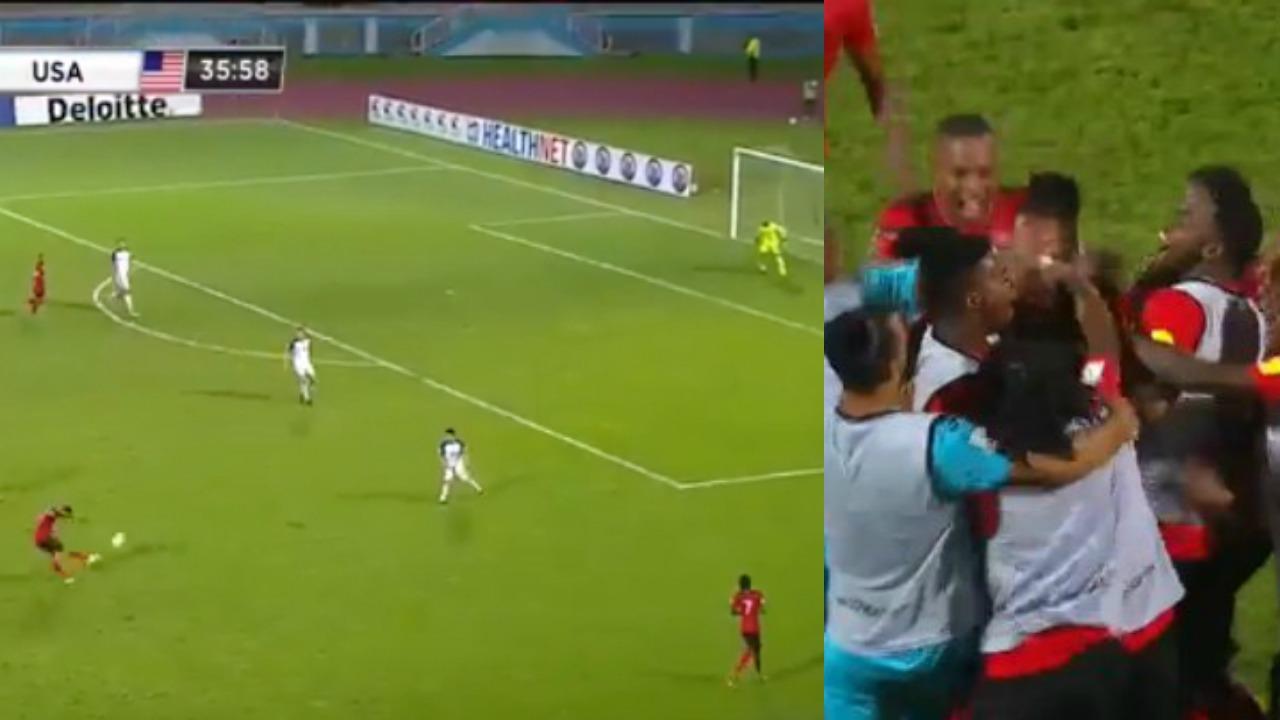 At Least We Got Knocked Out By A Sensational Goal, Right?

Lost in all the furor following the USMNT’s disastrous 2-1 defeat to Trinidad and Tobago (and because the match was played on ESPN 8: The Ocho, so no one saw it) is the fact that the Soca Warriors’ Alvin Jones probably scored the best goal of the entire CONCACAF qualifying cycle, a sludge dating back to March 22, 2015.

This will be the goal shown for eons forth when the American populace is still arguing over promotion and relegation, trapped in a pay-to-play model and handing international call-ups to Chris Wondolowski. A few years from now, this rocket will blare across your 3DTV set while Colin Cowherd screams about how Christian Pulisic is Magic Johnson or some s**t.

Except, damn, this is some hit. This is just a pure lacing from the W Connection FC right back. It might not have meant much to T&T in the grand scheme of things, but this goal now stands beside efforts from the likes of Landon Donovan, Paul Caligiuri and Clint Mathis in the pantheon of historic USMNT goals.

No we didn’t score it, but we helped create it by giving Jones an acre of space on the flank and we should get credit for that. Well done? Yes, well done.