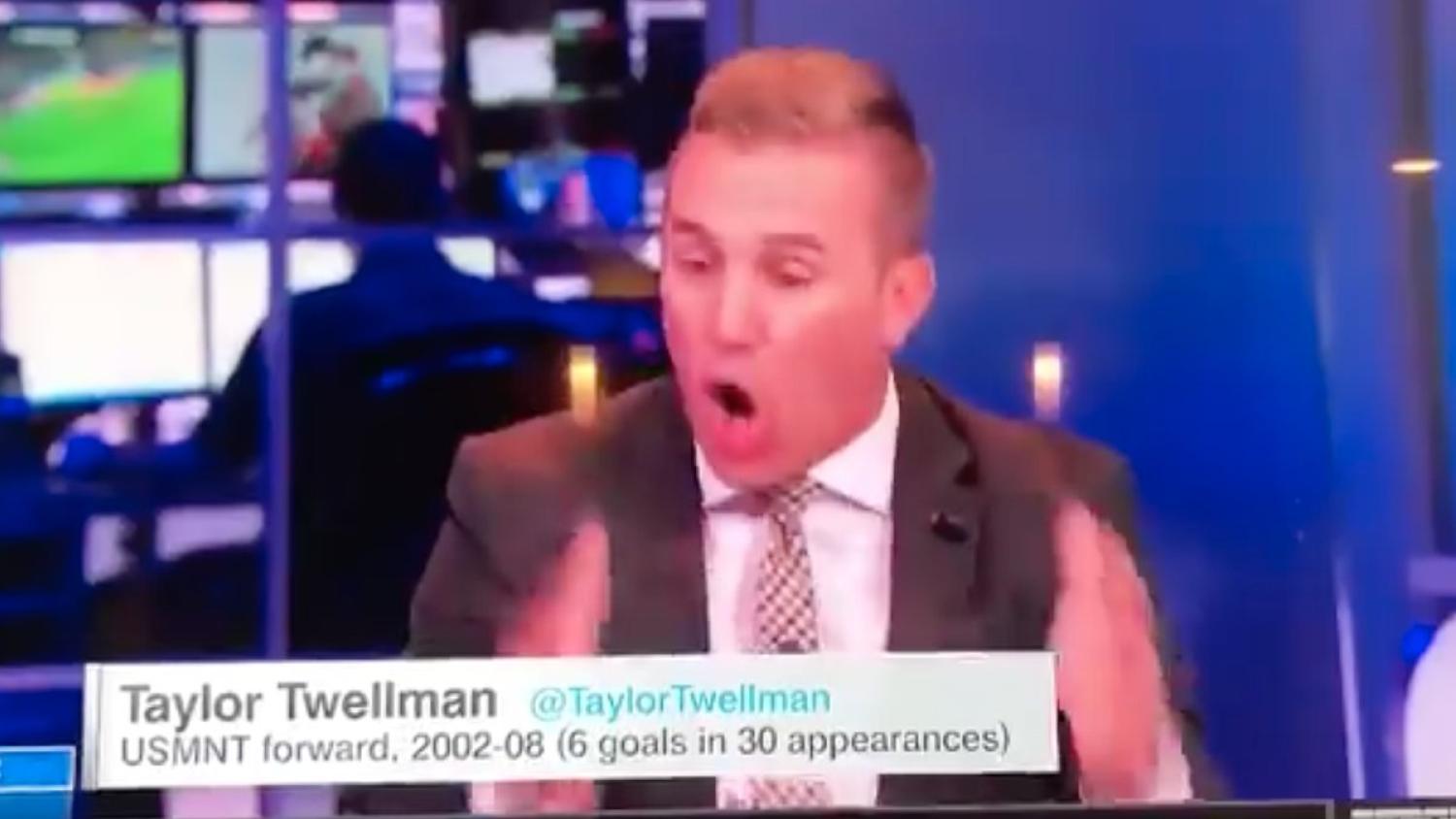 It feels weird to agree with Taylor Twellman for once.
@18dMedia | Twitter

Normally I do not care much for Taylor Twellman as a broadcaster. He sounds like he's arguing with a vaery angry invisible person all the time. However, I would be remiss if I didn't mention that I also think Twellman does good things. His work in concussion prevention is admirable. And then there was the rant Twellman went on after the USA's elimination from World Cup qualification.

I have never seen anyone that angry be that articulate at the same time, so kudos to Taylor Twellman. He said it better than I could have.

The "Belgium played Bosnia on a cow pasture" line illustrates his basic point perfectly: there is no excuse for what happened this World Cup qualification cycle. The USMNT was a trainwreck long before they went to Trinidad & Tobago, and there were many opportunities to get back on track along the way. Instead, the USA put themselves in a position, on the last day of the hex, in which there was a doomsday scenario that knocked the USA out of qualifying.

That doomsday scenario happened, and now we are left with a large pile of rubble with a USA crest on the front. I'll say it again for the people in the back: Taylor Twellman is absolutely right, and there is no possible explanation for the USA missing the World Cup that could ever be considered satisfactory.