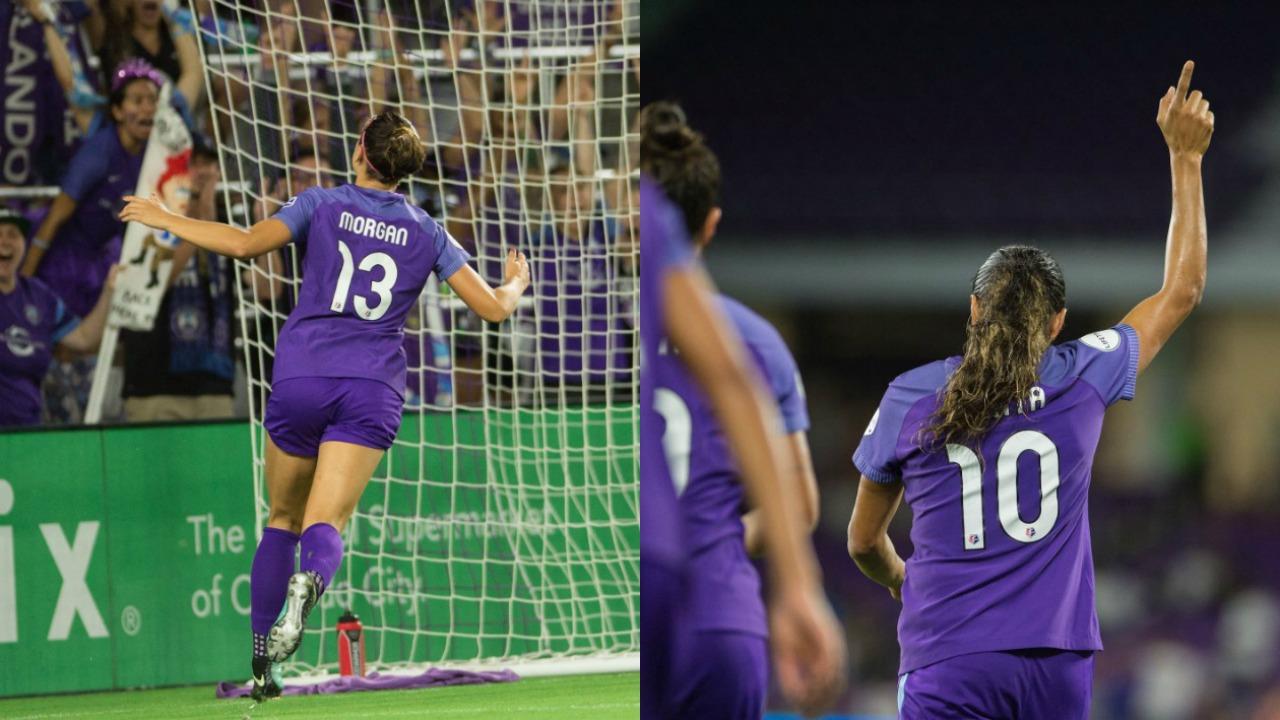 Alex Morgan returned to action with the Orlando Pride on July 1, and she’s struck up a lethal partnership with Brazilian legend Marta since. In seven games, Morgan has scored five goals and provided two assists, but the duo was on another level Saturday after leading the Pride to a 5-0 victory over Sky Blue.

Both Morgan and Marta registered two goals and an assist on the day, with Morgan’s feed for Marta earning NWSL Week 16 Goal of the Week honors. The assist that Marta provided for Morgan was pretty special as well.

The Pride sit fourth in the NWSL table with a two-point lead over the Seattle Reign. The top four sides qualify for the NWSL Playoffs, and the final will be played at Orlando City Stadium on October 14th.